Didi shares end 1.4% above IPO price in the Chinese ride-hailing giant’s US debut

Shares of Chinese ride-hailing giant Didi Global (DIDI) ended their first day of trading on the New York Stock Exchange at $14.20 apiece, kicking off what is set to be a busy summer of initial public offerings on the U.S. exchanges.

The price represented an increase of 1.4% from Didi Global's IPO price of $14 per American depository share on Tuesday. Earlier, shares opened at $16.65 apiece and climbed to as high as $18.00 during the session.

The company said it sold 316.8 million shares to raise $4.4 billion on Tuesday, in the largest initial public offerings of a Chinese company in the U.S. since Alibaba's (BABA) $25 billion listing in 2014.

Didi, founded in 2012, has grown to be the largest ride-hailing player in China. It has received backing from Softbank and Tencent, and Uber (UBER) sold its Chinese business to the company in 2016 and retains a 12.8% stake in the firm. Didi was founded and is led by Alibaba veteran Will Cheng, who most recently worked as vice president of the e-commerce behemoth's Alipay payments platform.

While based in China, Didi also operates across 15 countries and in a total of about 4,000 cities, counties and towns.

"We believe China is the best starting place for realizing our vision for mobility. China's massive and urbanizing population presents opportunities for new mobility services," Didi said in its prospectus. It cited data from China Insights Industry Consultancy Limited saying it anticipates China's mobility market to reach $3.9 trillion by 2040. "This will accelerate the rapid development of shared mobility and transform urban living." 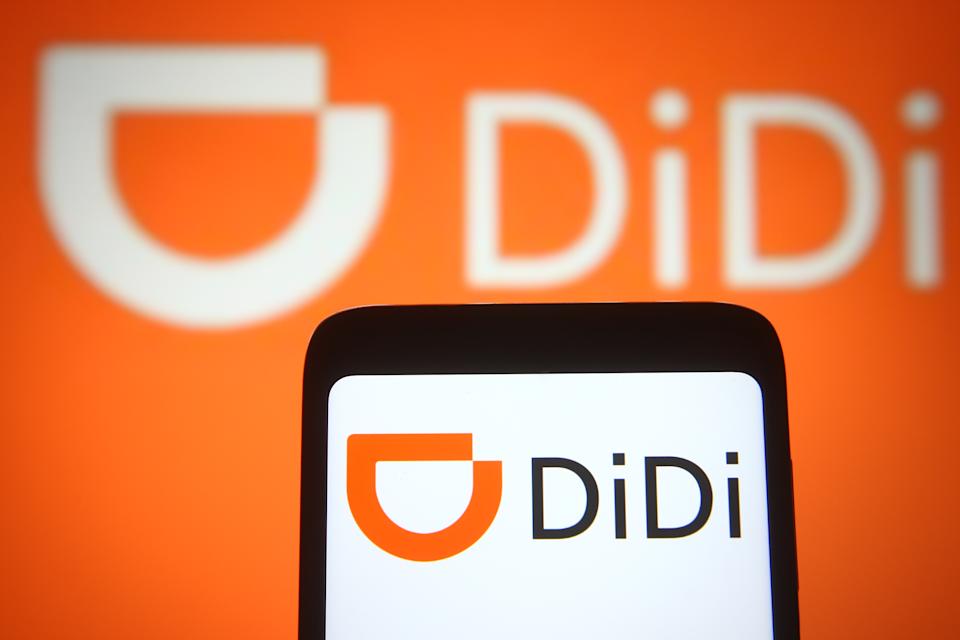 UKRAINE – 2021/03/30: In this photo illustration the DiDi (Didi Chuxing Technology Co.) logo of a Chinese transport company is seen on a smartphone and a pc screen. (Photo Illustration by Pavlo Gonchar/SOPA Images/LightRocket via Getty Images)

Average daily transactions were 41 million in the 12 months ended in March 2021, and a total of 493 million annual active users were on the technology platform over that period.

"Overall, we believe [the] pandemic headwind has been a bit milder for Didi as compared to Uber and Lyft’s ride-sharing business," Rohit Kulkarni, MKM Partners managing director, wrote in a note on Tuesday. "During 1Q ’20 and 2Q ’20, mobility bookings declined -42% and -15% on a y/y [year-over-year] basis, respectively, and have consistently increased on a y/y basis since then, unlike Uber and Lyft."

Still, the company faces some regulatory concerns both in the U.S. and in China. Didi acknowledged meeting with China’s market regulators and other major Chinese. internet companies over antitrust concerns, and the firm wrote in its prospectus that, “We cannot assure you that the regulatory authorities will be satisfied with our self-inspection results or that we will not be subject to any penalty.” And domestically, the U.S. Senate recently passed a bill to crackdown further to delist U.S.-listed Chinese companies that decline to be audited to ensure they meet accounting standards.

“It’s important when we look at Q1 2021 earnings for the [major Chinese internet] companies, they’re tremendously strong. So despite these regulations, the companies are still doing well, they’re very, very critical parts of the domestic consumption story,” Brendan Ahern, KraneShares ETFs chief investment officer, told Yahoo Finance Live on Wednesday. “On the U.S. regulation … delisting would take many, many years to come and I think you’re seeing Chinese companies like Didi coming to the New York Stock Exchange because they don’t believe the delisting will ever happen.”

The technology platform enters the U.S. public market at the start of a hot summer for new listings. Companies from direct-to-consumer eye care company Warby Parker to salad chain Sweetgreen have announced their intentions to conduct initial public offerings. The companies are banking on an ongoing strong market backdrop for their debuts, with the S&P 500 up 14% for the year-to-date and hovering at all-time highs, and investors' appetite for growth stocks increasing as the economic recovery rolls on.