Several prominent Democratic lawmakers are asking the Education Department (ED) about student debt collection practices in the face of a potential wave of student loan defaults when the pandemic payment pause expires, Yahoo Finance has learned.

"With student loan and interest payments scheduled to resume on October 1, 2021, and a wave of loan delinquencies and defaults likely to follow, we are concerned about the Department resuming these payment collections and are seeking information about how ED plans to avoid long-term financial harm to borrowers,” Sen. Elizabeth Warren (D-MA), Sen. Cory Booker (D-NJ), and Rep. Ayanna Pressley (D-MA) wrote in a letter sent to Secretary of Education Miguel Cardona on Wednesday morning, which was obtained by Yahoo Finance.

ED did not immediately respond to a request for comment.

Even before the pandemic, the letter stressed, "collections on defaulted student loans were catastrophic for borrowers in default, who saw their wages, tax refunds, and even Social Security checks confiscated, in addition to being forced to pay exorbitant fees." 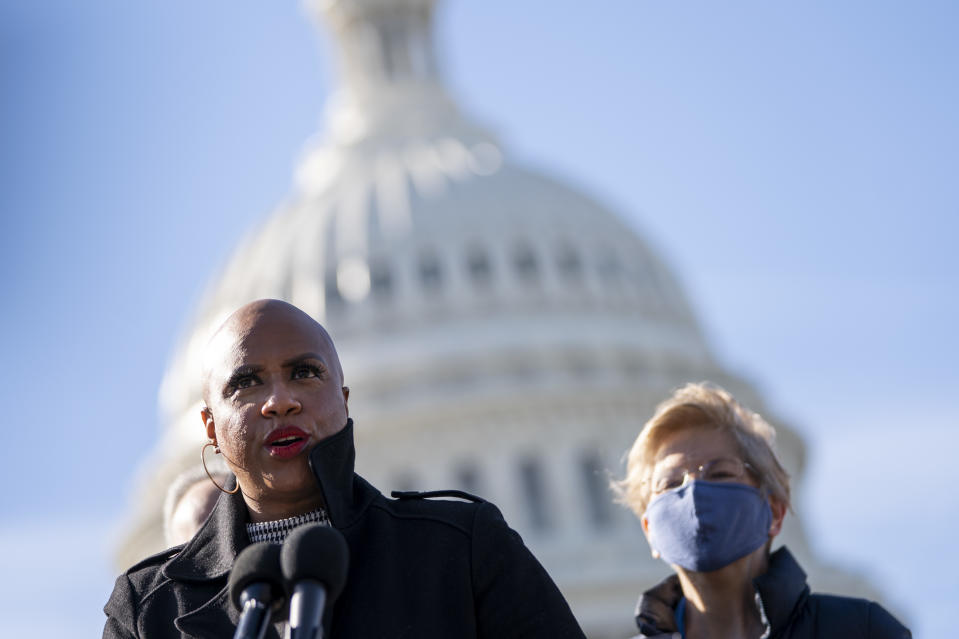 Rep. Ayanna Pressley (D-MA) speaks as Sen. Elizabeth Warren (D-MA) looks on during a press conference about student debt outside the U.S. Capitol on February 4, 2021 in Washington, DC. (Photo by Drew Angerer/Getty Images)

The letter comes as some ED officials urge the White House to extend the payment pause into 2022, according to a recent report from Politico. Warren and U.S. Senator Ed Markey (D-MA) wrote to the White House directly on July 13 to "urge you to extend the current pause on payments and interest until at least March 31, 2022."

Federal actions amid the pandemic will lead to roughly $100 billion in total student loan forgiveness between March 2020 and September 2021, according to Education Department (ED) data and analysis from experts, providing a financial lifeline to roughly 45 million student loan borrowers.

Defaulting on a student loan carries heavy and serious consequences.

About 7.7 million borrowers’ loans were in default as of March 2020, and President Biden’s nominee to lead the Consumer Finance Protection Bureau (CFPB) previously warned of a potential "avalanche of defaults" when the payment pause expires.

“As we near the currently scheduled end of the suspension of payments and collections," the letter from lawmakers stated, "we are concerned about plunging borrowers back into an untenable financial situation, causing long-term damage to their credit and financial stability and a sudden unnecessary drag on our recovering economy." 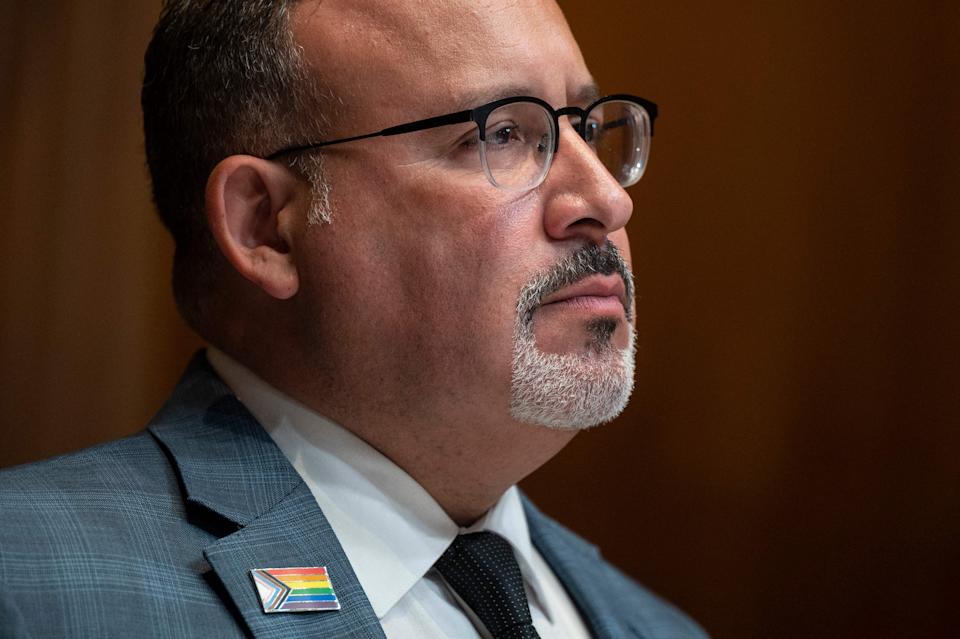 In April, Warren and a group of senators — including Raphael Warnock (D-GA) — have also sent a letter urging the ED to restore defaulted student loans to on-time status amid the ongoing payment pause.

"Removing borrowers from default status and eliminating their record of default will provide them significant financial benefits," the April letter stated. "It will ensure these borrowers do not immediately face the garnishment of wages, tax refunds, and Social Security, and additional collection fees, once the nationwide forbearance expires."

Under the Higher Education Act of 1965, a loan can be rehabilitated from default status by making nine on-time payments over 10 consecutive months. After this process, any record of default is expunged from their credit history and any garnishment of wages stops.

Warren, Schumer, and Pressley have also repeatedly called on Biden to cancel $50,000 in student loan debt immediately via executive order.

If the payment pause is lifted without cancellation in October, Warren previously said in May, "we are facing a student loan time bomb that when it explodes could throw millions of families over a financial cliff."