But, he warned about the need for additional action if the digital tokens “move more towards the center.”

“Any private financial innovation, ultimately is backstopped by the state,” Carney said, in an interview with Yahoo Finance Live. “It's brought back into the state, because it doesn't have that resilience. You know there will be future shocks to the system, and you don't want the core of your system as the source of the shocks.”

Carney’s comments come on the heels of wild swings in the crypto markets, brought on by the threat of Bitcoin regulation, both in the U.S. and China. During this past week of selling, Bitcoin prices were off by more than 50% from their peak of more than $64,800 from mid-April.

Carney, who stepped down from his role at the BOE last March, argues the extreme volatility reflects the fact that “cryptocurrencies have neither intrinsic value nor any external backing” in his new book, “Value(s): Building a Better World for All.” In a chapter devoted to the future of money, the current vice chair at Brookfield Asset Management said the implied worth of digital coins today rests solely on “beliefs regarding their future supply and money.” 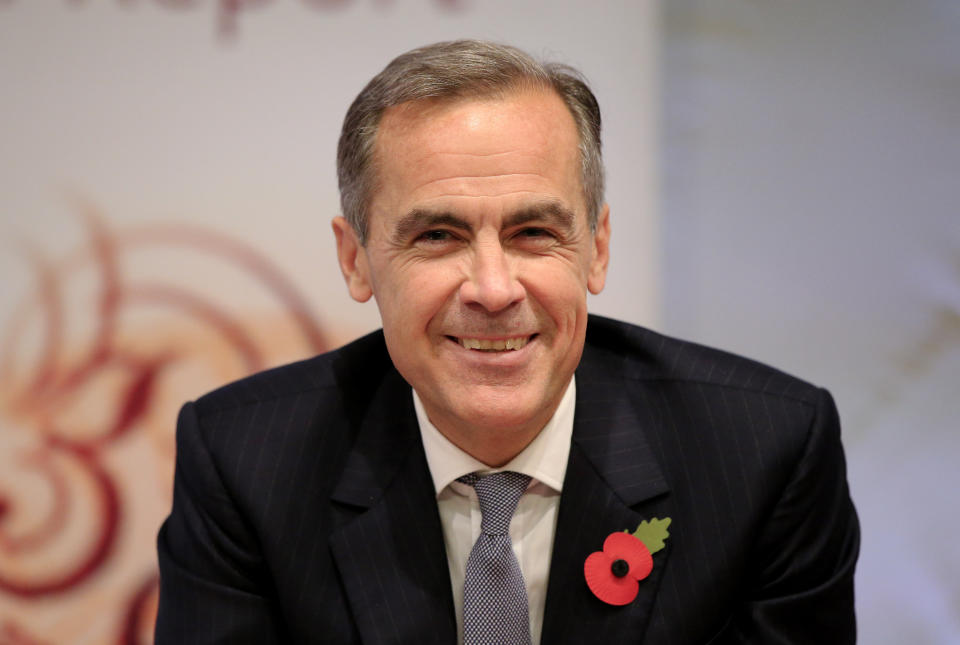 “The most fundamental reason to be skeptical about the longer term value of cryptocurrencies as money is that it is not clear how they will ever become an effective media of exchange and therefore they are unlikely to become units of account,” Carney writes, adding that “It is simply untenable in democracies that the core of the monetary system could be based on forms of electronic private money whose creators control large blocks of the currency, like Bitcoin, would have privileged access to customer data or payments systems (like some stablecoins) or whose backing is prone to the types of debasement that has, eventually, consistently occurred with private money.”

Central bankers have largely taken a skeptical approach when it comes to their messaging on cryptos. In a recent interview with Yahoo Finance, St Louis Fed President James Bullard said he thought investors understood the risks, when asked about financial stability risks in crypto asset valuations.

“I think for the most part, people are going into this with eyes wide open, they're certainly not blind to the idea that this is a volatile area,” Bullard said, adding that investors should be “careful” when taking on risk.

Carney’s successor, Bank of England Governor Andrew Bailey was more blunt in his assessment, saying cryptos only had “extrinsic value.”

“Buy them only if you’re prepared to lose all your money,” he said, at a recent press conference.

The rapid rise of cryptos has only heightened the urgency for digital currencies backed by the central bank. Earlier this year, the BOE, the Bank of Japan, European Central Bank, Bank of Canada, and Sveriges Riksbank formed a group to research its potential and adoption.

On Monday, Federal Reserve Governor Lael Brainard made the case for a digital dollar, saying the Fed was “stepping up its research and public engagement.”

More than 80% of the world’s central banks are now working on their own digital currencies, according to the Bank for International Settlements.

“I do think that we will have central bank digital currencies at the core of the system,” Carney said. “I think it's possible and perhaps desirable that we'll have some native currencies that help facilitate smart contracts in wholesale markets, some of them in carbon markets even potentially. So there's innovation there.”