The meme stock craze has found its latest target: video game hardware maker Corsair (CRSR). The company’s stock was up 31% when the market opened on Monday to $40.70, its highest price since late February, as mentions of the company on Wall Street Bets’ (WSB) Reddit pages have exploded.

As of Monday morning, the stock was mentioned at least 1,180 times on WSB, according to Quiver Quantitative. Wallstreetbets Trackers, meanwhile, showed activity around Corsair up 17%. Corsair follows a slew of others that have become favorites of the WSB and meme stock crowds, though this latest jump in interest is just getting underway.

Corsair is best known for its gaming hardware ranging from accessories like green screens for streamers to mice, keyboards, and full-blown gaming PCs with the latest and greatest parts from Intel (INTC), AMD (AMD), and Nvidia (NVDA). In its last quarter ended March 31, the company reported net revenue of $529.4 million, a 71.6% year-over-year increase.

Gaming has had a standout year, due to pandemic restrictions keeping people around the world indoors. With little to do, millions turned to video games. Year-to-date, however, major gaming companies like Activision Blizzard (ATVI), EA (EA), and Take-Two Interactive (TTWO), have underperformed the S&P 500. 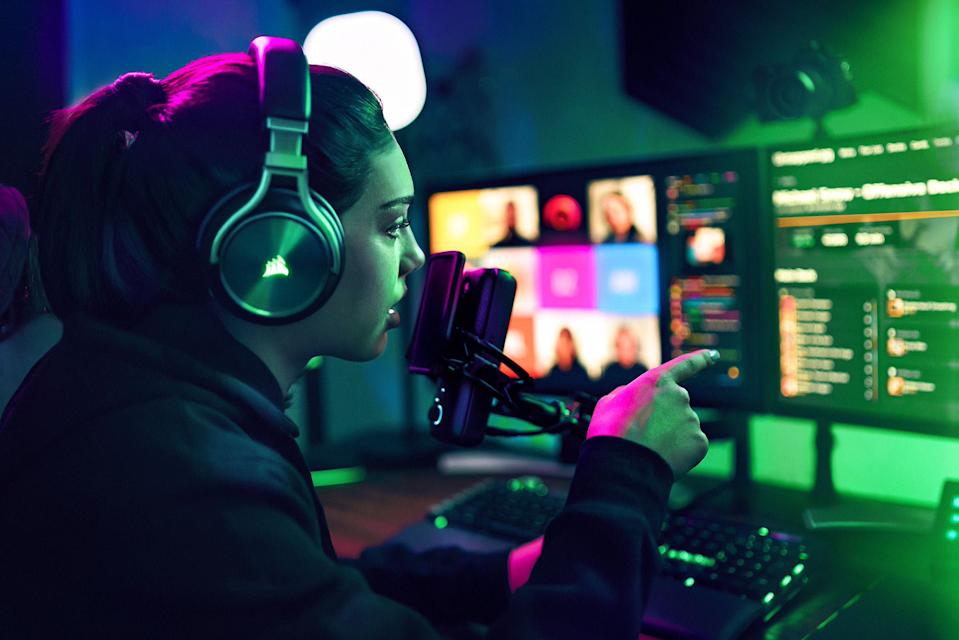 Corsair follows the likes of AMC (AMC); BlackBerry (BB); and, of course, GameStop (GME) as the latest retail trader darling — though it’s unclear if interest in the stock will maintain its momentum considering how quickly it shot up.

The gaming industry is also being hampered by the ongoing global chip shortage, making it difficult for gamers to get a hold of everything from consoles like Sony’s (SONY) PlayStation 5 and Microsoft’s (MSFT) Xbox Series X to graphics cards for PC gaming.

Corsair’s backers on WSB say the stock is undervalued and is worth holding thanks to the company’s portfolio of brands and positioning as a top third-party hardware seller.

“CRSR is one of a very few select stocks being mentioned here that I have full faith in. This literally can't go wrong! Good luck!” redditor LaughingAdventureGame wrote.

But Corsair isn’t the only game in town. Logitech (LOGI), which produces hardware accessories for both standard office work, as well as gaming, has performed even better than Corsair in the last 12 months, with its stock price jumping 122% on the back of sales of webcams, phones, and gaming peripherals.

Razer, another gaming peripheral maker, is also a major player in the category, producing its own line of laptops and desktops, as well as some of the best mice and keyboards around.

It will be interesting to see if interest in Corsair holds steady, or if it is a one time pop for the stock.