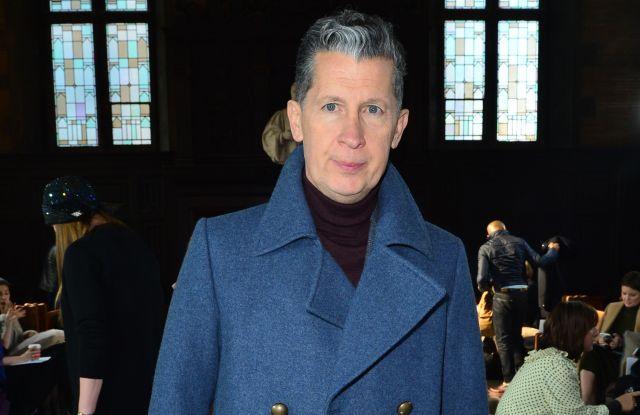 Almost two years after former W editor in chief Stefano Tonchi first filed a lawsuit against Condé Nast’s parent company Advance Magazine Publications, the case is still ongoing — but there have been some recent developments.

For a quick recap, in June 2019, Tonchi filed a breach of contract suit against Advance seeking a little more than $1 million in damages, claiming he was wrongfully terminated one day after the oversize glossy fashion publication was sold to Surface Media. (It has since changed hands again and is currently published by W Media in partnership with BDG thanks to a gaggle of celebrity investors led by model Karlie Kloss, who came to its rescue in the middle of the pandemic.)

Tonchi, now chief creative officer at L’Officiel, claimed in the suit against Advance that he was terminated “for cause,” and would not receive any of the pay laid out in his employment or closing bonus agreements, adding that the company “did not provide any facts that constituted cause.”

Two months later, Condé Nast hit back with a countersuit accusing Tonchi of interfering with the sale of W in order to benefit himself. It later withdrew two of its counterclaims against Tonchi — breach of confidentiality and breach of employment agreement — in order to keep secret details about W’s business and previously interested buyers, but kept two of its counterclaims, which Tonchi subsequently asked a judge to dismiss.

On the breach of fiduciary duty counterclaim, Cohen noted that it “must be dismissed because it fails to adequately plead that defendants suffered any compensable harm.” Part of this no doubt stems from Advance not wanting to disclose certain details about the sale process surrounding W.

“There is no indication in the counterclaims, for instance, about what sort of ‘damage control’ the AMPI Sales Team deployed in response to Tonchi’s actions. Nor do the counterclaims touch on any ‘future transactions’ which could be impacted by Tonchi’s conduct,” he said in court documents.

As for breach of the duty of loyalty, where Tonchi is alleged to have acted disloyally in the W sale process, elevating his own interests at the expense of Advance, he referred to three allegations. The first is Advance alleging that Tonchi disclosed confidential information to potential buyers without notice to Advance, as well as blocking a potential buyer’s attempts to meet with senior members of W’s editorial team in order to minimize the importance of other W staff members, so that he could appear indispensable to the potential buyer.

Advance also alleged that Tonchi jeopardized the sale to Surface by disparaging Surface and its chief executive officer Marc Lotenberg to other W employees and encouraging W employees not to work for the media company.

“Together, these allegations are sufficient to state a cause of action for breach of duty of loyalty, including a claim for disgorgement of previously paid compensation during the period of disloyalty under the faithless servant doctrine,” Cohen concluded.

It’s understood that at this stage of the case the evidence has yet to be reviewed.

Lani Adler, Tonchi’s lawyer, told WWD: “I am confident that based on the evidence which consists of the documents that the parties have exchanged based on the deposition testimonies of multiple witnesses including Anna Wintour, Bob Sauerberg [former CEO of Condé Nast] and Roger Lynch that Mr. Tonchi will prevail in all respects.”

A representative for Advance did not respond to request for comment.