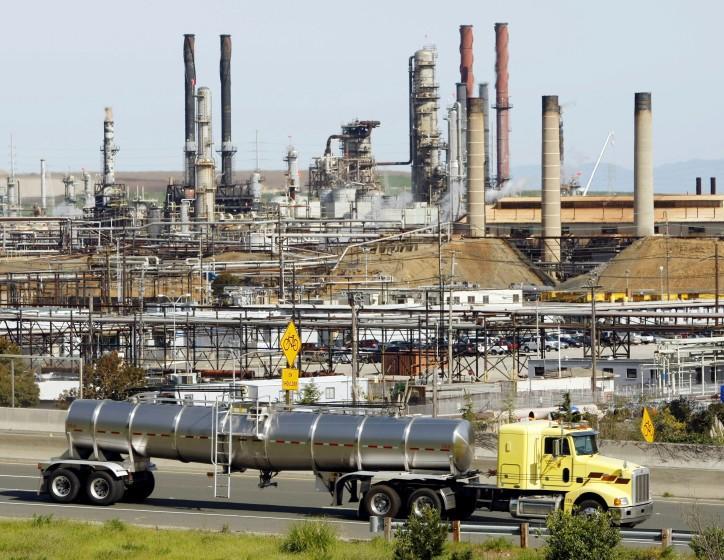 Chevron, one of the world's leading oil companies, got a major wake-up call on climate change from its shareholders May 26.

At its annual meeting that day, a stunning 60.7% of shareholders voted for the company to "substantially" reduce its greenhouse gas emissions.

The vote was surprising for a couple of reasons. One was its magnitude. Majority votes in favor of shareholder resolutions opposed by corporate management, as this one was, are exceedingly rare in corporate America.

Investors want to know how a company is preparing for a different world where there's more regulatory change and more environmental change.

The other was that it supported a policy sharply at odds with the company's long-held business model.

"This was an ask that a couple of years ago would have been a very hard sell to most investors," says Andrew Logan, an oil and gas expert at Ceres, a Boston nonprofit that helps develop sustainability strategies for industry.

But investors have been asking for much more from corporate managements — more disclosures about how their activities contribute to climate change, and more about how climate change will affect their destinies.

Nor are these demands coming only to fossil fuel producers. They're being felt by manufacturers, retailers, bankers, almost any company exposed to global climate change.

"Investors want to know how a company is preparing for a different world where there's more regulatory change and more environmental change," says Ann Lipton, a business law expert at Tulane University who has been tracking corporate responses to these inquiries.

"If there are places where they're building that will be underwater in 10 years, how are they preparing for those risks?" Lipton says. "Or if airplanes can't take off because it's too hot, how does that impact your business model?"

The pressure isn't coming only from investors. In March, the Securities and Exchange Commission issued a call for public comment on climate change disclosure. More than 5,500 comments have come in, most of them endorsing greater disclosure in one form or another.

The SEC request signals the agency's intention to issue some sort of rule mandating greater disclosure, though the rule-making is probably a few years off. The request did, however, cite guidelines it issued in 2010 advising companies vulnerable to severe weather or "climate-related events" to disclose them in their annual and quarterly reports as risk factors.

The guidelines observed that reportable risks could include "significant physical effects of climate change, such as effects on the severity of weather (for example, floods or hurricanes), sea levels, the arability of farmland, and water availability and quality."

The SEC's concerns largely evaporated during the Trump administration, which was hostile to any official recognition of climate change as well as to new regulations on business. But as Democratic control of the agency has returned, so has acknowledgment of climate change.

But more than politics is involved. Consumers and employees are increasingly interested in how the companies they buy from or work for are dealing with their effect on the environment.

Corporate governance expert Nell Minow mentions signs one might see at the seafood counter attesting that the products on display were caught by sustainable methods. "That's the market speaking," she told me. She points to a "huge demographic shift — the millennials and Gen Z are much more sensitive on these issues than their parents were, as employees, as consumers and as investors."

That may be contributing to the dramatically increased interest in so-called ESG investing—for environmental, social and governance. ESG mutual funds, which were designed to exclude tobacco and oil companies and other arguably bad actors, were once a small corner of the investing world.

They're now offered by virtually every mutual fund and asset management firm. More notably, their returns, which used to lag behind funds investing in the broader market, are now competitive.

"ESG is the fastest-growing area of investment products I can ever remember seeing," Minow says. "That shows that the people in charge of marketing financial products realize this is an idea whose time has come."

Responses by corporate managements and lobbyists to the SEC information request fall into several categories, generally aimed at ensuring that any ultimate rule is relatively toothless. They argue against strict disclosure standards by warning against "one size fits all" regulation, on the grounds that every industry faces different challenges.

"They say every company is different, so let's go really slowly," Lipton says. "They want lots of flexibility so that every special snowflake of a company can adjust to its own particular needs and can choose what to disclose. They're trying to make sure they have as much wiggle room as possible in terms of what they disclose."

Investors, on the other hand, "want standardization so they can compare across companies," Lipton says.

One reason investors are so interested in more information from managements is that the existing standards of corporate disclosure, based on "generally accepted accounting principles" (GAAP), aren't useful for assessing novel threats such as climate change.

"GAAP is based on 19th century notions of value," Minow says. "It's very good at telling us about depreciation schedules for equipment or the present value of a revenue stream, but when it comes to risk factors, it's very bad — how well you're dealing with Black Lives Matter or MeToo issues. ESG is a way of assessing investment risk that isn't adequately reflected by current material available to investors."

Shareholder resolutions may be the best way to measure investor interest in ESG issues — and they're showing that such interest is rising sharply.

To date, there have been 34 majority votes for ESG proposals, handily outpacing last year’s record 21, according to Proxy Preview, a publication that tracks shareholder resolutions. Last year, only two votes broke 70% approval. This year the figure was 17.

Among environmental resolutions opposed by management, a proposal seeking more disclosure on plastics pollution garnered 81.2% support at DuPont, one asking for greenhouse gas emission reductions reached 80.3% at Phillips66, and a proposal seeking reports on deforestation in the supply chain of Bloomin Brands (owner of Outback Steakhouse and other casual dining restaurants) got 76.2%. That's in addition to the 60.7% vote at Chevron.

At two companies, managements supported environmental proposals — a demand for a deforestation impact report at the agribusiness firm Bunge, which received 98.8% support; and one for a report on greenhouse gas reduction goals at General Electric, which prevailed with a 98% vote.

What's uncertain is how other corporate managements will respond to the warning signs represented by these resolutions. By law, the votes are only advisory, meaning that managements can ignore them if they dare.

That's not a wise choice, as Chevron has discovered. Last year, a shareholder resolution asking the giant oil company to report how its lobbying activities "align with the goal of limiting average global warming to well below 2 degrees Celsius (the Paris Climate Agreement’s goal)" passed with 53% of the vote.

The company responded in December with a 12-page report that vaguely cited the lobbying of trade associations in which Chevron was a member, including the American Petroleum Institute and the U.S. Chamber of Commerce, but with few figures or other quantitative information about its own activities.

"That was an unsatisfying response to a real expression of displeasure from investors," Logan says. "You saw that at the annual meeting this year, when a majority of investors endorsed a climate change proposal with a bit of a harder bite to it. Clearly, the company's shareholders remain unhappy with its direction on climate change."

Investors at Exxon Mobil took an even harder stance at that company's annual meeting, held the same day as Chevron's. There, three nominees of the activist hedge fund Engine No. 1, which is seeking a more aggressive response to climate change from the company, won election to the company's 12-member board. Shareholder votes on directors are mandatory, not advisory.

The vote reflected a "tidal wave" of investor concerns about ESG issues, Exxon Mobil director Ursula Burns acknowledged after the meeting. The company's response on those issues "has not been well done," she said.

Companies inclined to ignore pressures for more disclosure and more action on climate change and other issues won't be able to do so for long. European regulators are already demanding more disclosures, the SEC is likely to follow, and investor patience will wear thin.

"It's a ticking clock," Minow says. Speaking of the Exxon Mobil vote, she says: "If shareholders are not seeing progress and feel that the new directors are not being put in key board committee positions, there's another annual meeting next year, and they'll get a majority."