Clover Health (CLOV) CEO Vivek Garipalli has had a tumultuous year following the company's merger with Chamath Palihapitiya's SPAC. Though now a meme stock, it's battling lawsuits spurred by a report from short-seller firm Hindenburg Research alleging the company withheld information about legal issues from investors.

It isn't the health care executive's first run-in with criticism about his business practices. Three New Jersey hospitals he owned and operated, with two partners, made headlines for pricey patient visits. An investigation by the state in 2019 uncovered a complex structure of shell companies that billed the hospital for "management fees" to the tune of $157 million in a three-year timespan. No wrong doing was discovered, however the inquiry prompted the state to tighten transparency rules on ownership.

Speaking about the controversy in an interview for the first time, Garipalli told Yahoo Finance the strategies used were to help save the urban hospitals, which care for an underserved population, from bankruptcy.

He blamed what is known as the payer mix, a combination of Medicaid, Medicare and private insurance reimbursements that hospitals rely on for income, for the imbalance in revenues, a common complaint among hospital executives.

Typically, the government, through Medicaid and Medicare, comprises large portions of a hospital’s revenue. These two sources usually pay under or near cost, which leaves little room for a profit margin. As a result, commercial insurers are commonly viewed as a way to fill the gap. The practice, known as cost-shifting, is what Garipalli said he needed in order to turn a profit.

“So when you think about a lot of like the controversy around strategies employed at CarePoint, like what really happened was there were health insurers that had commercial populations at 20%, where hospitals like CarePoint were like, 'well, we’re going to get more dollars from those and we’re going to cover services for everyone else, and keep hospitals open.' And business value got created," Garipalli said.

He said he and his partners “made a big bet” in the early stages, and there is still more support needed from the federal level to “make the rules of the game fair, so organizations aren’t penalized for a focus on the underserved."

The way it usually works: A hospital in a low-income area could have around a 30% Medicaid population, 50% Medicare and the remaining 20% commercial, the commercial payers typically pay about two to four times the actual cost of services. For hospitals in wealthier areas, by comparison, government pay accounts for less, and commercial payers can make up to half of the mix.

“So, for half of their populace … they’re getting three to four times costs,” he said.

Meanwhile, the costs are about the same for everyone including salaries for clinicians and managers, and the expense for utilities, equipment and vendors. So low-income areas are faced with tough choices.

“What’s this magic sauce to change a cost structure?”

He explained that it was to ensure greater input from commercial payers in order to cover services, by ending contracts and then renegotiating. The three hospitals were embroiled in a long, drawn out battle with the state’s largest payor, Horizon Blue Cross Blue Shield, until 2017. The parties settled for an undisclosed amount. According to the settlement, CarePoint has agreed to accept Horizon's negotiated in-network rates, according to a company announcement beginning Oct. 1 of that year. 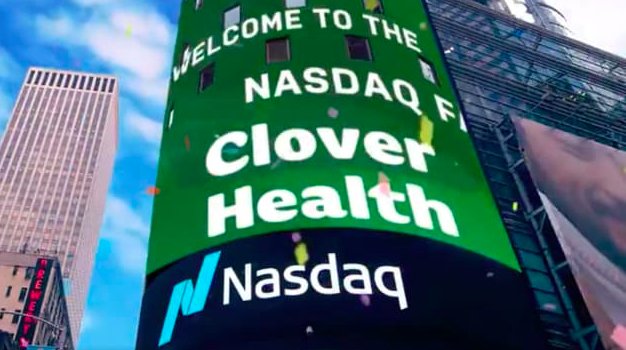 Garipalli continued, "And health insurers, particularly commercial insurers, have done a great job of saying it's not their fault, not their responsibility. And any time anyone tries to cost-shift…to ensure services remain for those in need, they gaslight the conversation. They make it about something else, which, by the way, is a very smart strategy on their part."

"Not-for-profits are great, but it’s not a business model at the end of the day," Garipalli said.

He added the three New Jersey hospitals, now in various stages of being sold, were “days away from closure, and somehow they are still open. I won’t get any credit for that."

The hospitals were saved from bankruptcy, the state conceded in the 2019 report, and did offer useful services to the nearby communities. But the uncovering of the ownership structure prompted the state to create more policies around transparency of ownership.

"Although these three individuals have provided services to the three CarePoint Health hospitals, the extent of the services leading to more than $157 million in management fees and allocations for a four-year period is unclear," the state concluded.

Health economists remain skeptical of any for-profit ownership in the health provider space. At the end of the day, data has come to show that neither for-profit or not-for-profit are any different, according to Guy David.

David, a professor of health management at Wharton, told Yahoo Finance the strategy employed by CarePoint is similar to private equity owners which have been increasingly seen in both the hospital and senior care spaces.

If private equity is able to turn a profit, "where were those millions of dollars before? Who is missing them now?" David said.

On Garipalli's comments, David said he was right that marginalized populations don't have voices, but that Garipalli and his partners didn't represent them either, just profited off of them.

"Yes, they can keep the lights on," David said, speaking broadly about profit-seeking ownership structures in health care. "But are people better off? I'm not sure."

Read the latest financial and business news from Yahoo Finance.