Chinese operators of grocery apps Missfresh, Dingdong target US$500 million each via US IPOs, say sources

Two Chinese online grocery platforms – Missfresh and Dingdong Maicai – are seeking to raise about US$500 million each through initial public offerings on US stock exchanges to fund their growth plans, according to people familiar with these transactions.

Missfresh, in which social media giant Tencent Holdings owns an 8.1 per cent stake, is seeking to sell American depositary receipts on Nasdaq. Dingdong Maicai, backed by Sequoia Capital and Tiger Global Management, is targeting a similar amount through a share sale on the New York Stock Exchange.

Both companies are keen to launch their stock offerings and list by the end of June at the earliest, these people said, declining to be named because they were not authorised to discuss the matter publicly.

The on-demand grocery e-commerce market is extremely competitive in China, with many players finding it hard to turn a profit. The grocery app operators are pinning their hopes that consumers will continue to order fresh produce online after getting used to the convenience and safety during the Covid-19 pandemic. 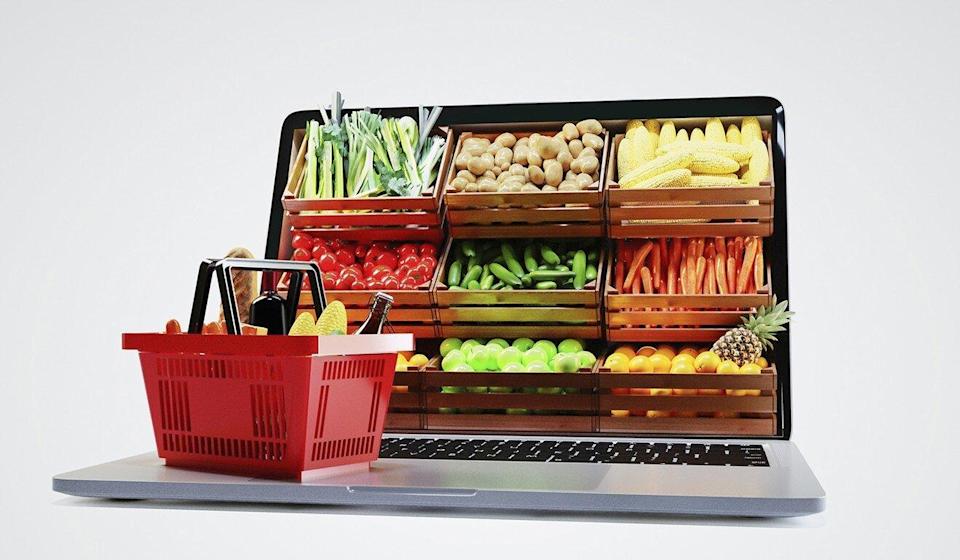 They are all looking to grab a slice of China's growing neighbourhood retail market, which is expected to reach 15.7 trillion yuan (US$2.46 trillion) by 2025, from 11.9 billion yuan in 2020, according to data published by iResearch.

While Missfresh and Dindong claimed to be the largest players in their respective active business regions, both operators remain unprofitable. Missfresh booked net losses for three straight years up to 2020, according to its draft prospectus. Last year the losses stood at 1.6 billion yuan, narrowing from 2.9 billion yuan in 2019.

Rivals like Dada Nexus, which is 46 per cent owned by JD.com group and was listed on Nasdaq in June last year, reported a net loss of 1.5 billion yuan last year, from 2.2 billion yuan the previous year. Even Meituan, the food delivery-to-ticket booking e-commerce giant, expanded into grocery deliveries last year, despite the long gestation period.

Still, Chinese grocery delivery players have pressed on with their listing plans partly to take on their competitors, said Dong Liyang, a senior associate at mainland law firm Jingtian & Gongcheng.

"As soon as these companies grow to a certain stage, it becomes necessary for them to get a listing to [raise capital] to overtake their competitors," said Dong, adding that issuers prefer the shorter application vetting process in the US compared to the listing on Chinese exchanges.

Beijing-based Missfresh, which operates 631 distribution warehouses in 16 cities, said that it had over 11 million users last year who accounted for 7.6 billion yuan of gross merchandise value.

It plans to use the IPO proceeds on upgrading its technology, supply chain and on sales and marketing. Underwriters of the deal include JPMorgan, Citigroup, CICC and China Renaissance.

Separately, Shanghai-headquartered Dingdong Maicai had 6.9 million average monthly users during the first quarter, according to its draft prospectus. The firm said that it was the top on-demand e-commerce player in the Yangtze River Delta megalopolis in terms of gross merchandise value, citing data from China Insights Consultancy.

Dingdong plans to use the IPO proceeds on increasing its penetration in existing markets, and expanding into new markets and technology.

Morgan Stanley, Bank of America, Credit Suisse are the underwriters of the deal.