After China announced that it would begin ramping up its efforts to restrict the mining of cryptocurrency, the price of bitcoin (BTC-USD) fell to below $30,000 earlier this week, trading at a value not seen since the turn of the new year. The cryptocurrency has since rebounded slightly, now holding at a level just above $32,000.

Though the news and subsequent crash may have caused short term headaches in the crypto market, China’s crackdown on mining may actually benefit crypto in the long run, according to some experts.

“I think it's actually fantastic news for the Bitcoin ecosystem,” Peter Smith, Blockchain.com co-founder and CEO, told Yahoo Finance Live. “You're going to see a diversification of mining operations around the world. We've been seeing that trend over the last two years, as large mines are built in Europe, the U.S., and a variety of other geographic locations—but that trend is going to accelerate hard now.”

Smith cited the growing concern of Bitcoin mining becoming too highly concentrated in mainland China as a reason for a positive outlook on the crackdown. He predicts that over the next three to four years, this will yield a net positive for crypto as mining firms sell off their bitcoin and move their operations overseas.

Chinese mining firms have already begun planning to shift their businesses abroad, with companies eyeing countries ranging from the U.S. to Kazakhstan. According to Chris Zhu, owner of Chinese mining service platform INBTC, approximately 10% to 20% of miners in China have already initiated their move. 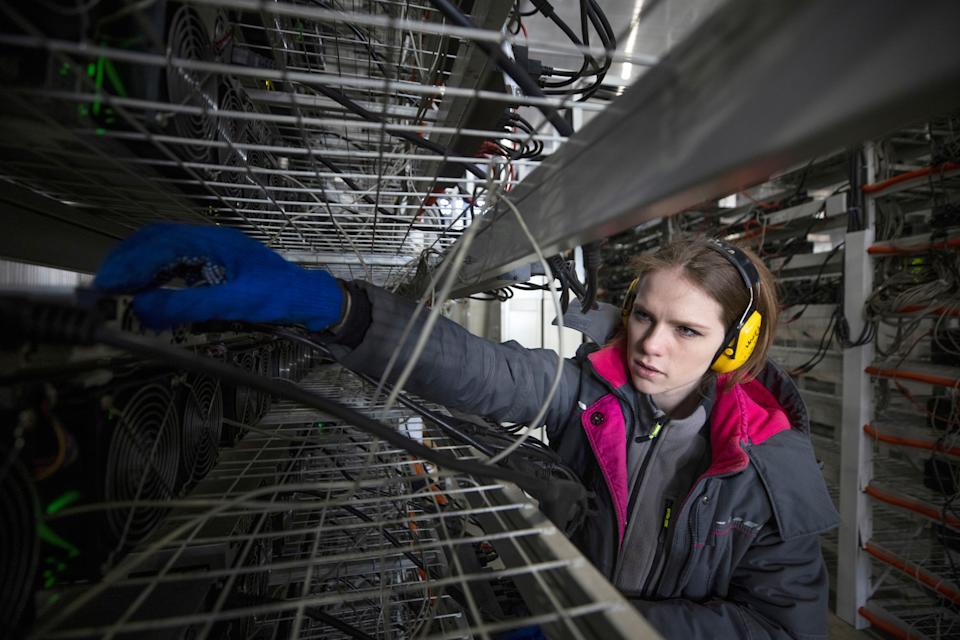 "We spent around ten days getting to Sichuan, only for operations to stop there too," Zhu told AFP. "It's going to be tough to continue here."

As for what the implications of Beijing’s restrictions on mining will have in terms of Environmental, Social, and Governance (ESG), Smith believes there is not enough available information to make a judgement call. According to him, the “vast majority” of mining operations being built today are powered by some form of clean energy.

“You're going to see mining companies start to disclose where they're getting their energy,” Smith added. “And for the most part, Bitcoin mines are powered in places where there's really low energy cost.”

Crypto mining’s issues surrounding social impact need to be “figured out” before large asset managers begin significant investment campaigns, Smith said. Ultimately, he believes this will happen once more data is made public regarding energy sourcing and consumption by mining operations.

“The ESG problem, though, is one that you need to solve over the next five years as you start to bring bigger and bigger funds into the space, like your BlackRocks (BLK) and Blackstones (BX) of the world,” Smith said. “So I don't think it was institutions selling because they suddenly realized that there's ESG concerns. I think it just kind of caps what institutions can come into this space until that's solved.”