Child Tax Credit payments may miss some of America’s poorest

Hailed as a major anti-poverty program, the monthly Child Tax Credit payments that started this month may miss some of the neediest Americans.

Families of about 4 million children from predominantly low-income households won’t get those monthly payments automatically, according to estimates from the Center on Budget and Policy Priorities.

That’s because these low-income households don’t file taxes regularly and their information isn’t on file with the Internal Revenue Service, the agency tasked with distributing the checks.

“The big issue here is this kind of program requires that you file taxes,” Caroline Danielson, policy director and senior fellow at the Public Policy Institute of California, told Yahoo Money. “If you do file taxes, you're basically almost certain to get it.” 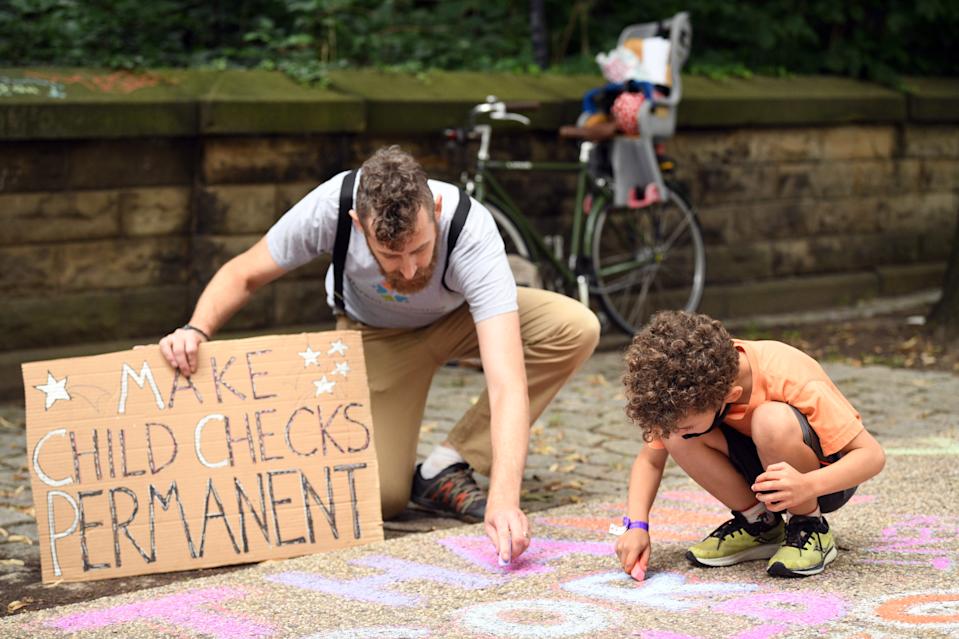 The vast majority of U.S. parents received the first set of advance payments that were made possible by the $1.9 trillion American Rescue Plan. Those who are eligible for the credit but don’t usually file taxes can still provide their information to the IRS using the agency’s online portal. (They can also claim the full credit next year by filing their 2021 tax return.)

But that’s not necessarily easy.

“The people who are relatively more in need of the benefit are going to likely face the biggest hurdles,” Roxy Caines, tax expert at the CBPP, told Yahoo Money. “They may face hurdles of speaking or reading English well, of internet access, and a fear of the government.”

Many low-income families may also not provide their information because they think they’re not eligible for the credit or worry the credit could impact their eligibility for other public benefits. Immigration status may hold other families back. While parents can use an ITIN to register for payments as long as their child has a Social Security number, some may be reluctant to do so.

“Some families with immigrants are concerned about their immigration status or about being the public charge,” Caines said. “One of the outreach messages is that the IRS does not share information on taxes with other federal departments unless it is a criminal case.”

This content is not available due to your privacy preferences.Update your settings here to see it.Reducing poverty

The White House, Treasury, and IRS have launched awareness efforts and hosted events in cities where many families who don’t normally file a tax return live with the goal of getting these payments to more families that need it.

The stakes are high.

Low-income families stand to get the biggest boost from the expanded CTC. The bottom 20% of families that make less than $21,300 will see their income increase 35% — getting an extra $4,470 on average, according to an analysis by the Institute for Taxation and Economic Policy.

Child poverty could also be reduced by half this year because of the enhanced CTC, decreasing from 13.7% in 2020 to 6.5%, according to estimates by the Urban Institute.

“Part of that benefit will take place by having non-filers get the credit,” Caines said. “If non-filer families are not reached, then the percentage of children that are lifted out of poverty would be lower.”