ChargePoint Stock Could Have Competition Problem From EV Maker Networks

Recently, an investor who is bearish on ChargePoint Holdings (NASDAQ:CHPT) raised concerns about its profit margins and growth. I’m not very worried about that issue because I believe that, if the company’s market share remains strong, it will have many ways to easily increase its margins and growth. 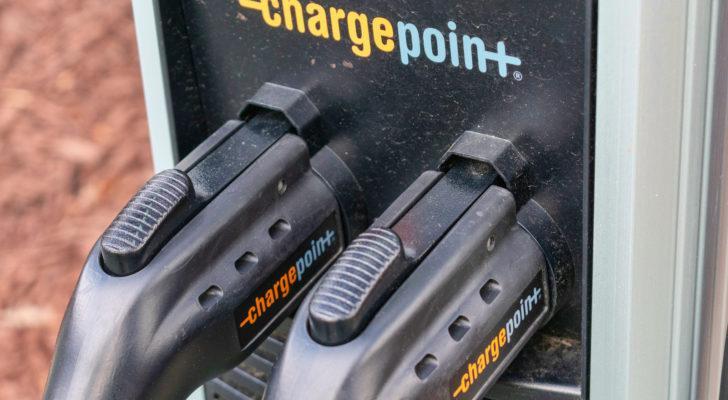 But I think that another issue should worry the owners of CHPT stock. Specifically, competition from large automakers which appears to be on the rise.

Writing on June 8 on Seeking Alpha, Stone Fox Capital, noted that ChargePoint’s first-quarter gross margin was a “putrid” 23%, contending that, “The biggest concern” about the shares is the margin story wrapped in the growth opportunity.” According to the author, the shares “are far too expensive” at this point, when the price was $29.50 a share. CHPT stock closed yesterday at $32.98 a share.

Candidly, I think that Stone Fox is drastically underestimating the magnitude of several factors that, taken together, could potentially increase ChargePoint’s growth and margins.

The author suggested that most drivers will not need ChargePoint’s chargers because they already have their own chargers in their homes. But actually, many tens of millions of Americans and Europeans live in apartment buildings in which EV chargers cannot be installed.

In all likelihood, as EVs become tremendously popular, most apartment buildings will have to install many chargers in their garages or many apartment dwellers will utilize nearby commercial EV charging stations.

Similarly, many employers, eager to be seen as green, are likely to install chargers for their workers.

And of course, any EV drivers taking long trips, as well as businesses with fleets of EVs, will need to utilize chargers.

All of these sources, taken together, should cause demand for EV chargers to soar in the coming years. As demand for charging stations consequently increases, ChargePoint’s growth can accelerate, and, if everything goes its way, it should be able to raise the prices that it charges for installing its stations, causing its growth and margins to climb.

Stone Fox noted that conventional gas stations raise their margins by opening convenience stores. Although the author does not seem to consider the possibility that ChargePoint could also sell high-margin items at some of its stations, I believe that it could easily do so.

Finally, the author wrote that “One has to wonder how much margin these commercial customers or retail consumers are going to give a company like ChargePoint to acquire a commodity like electricity.”

But as someone who has had an EV charger installed in my home, I know that the installation process should not be done by a layman, since it involves fairly complex electrical apparatus.

That’s why I believe that most consumers and commercial establishments will be likely to pay ChargePoint or one of its competitors to install chargers. Most consumers will not be able to install the chargers on their own, while businesses will not want the expense of hiring someone to do the installation and maintain their EV chargers. Most companies also will probably like the idea of lessening their potential legal liability for anything that goes wrong with the chargers.

Consequently, I believe that the majority of both businesses and consumers will be willing to pay ChargePoint or one of its competitors to install chargers.

And ChargePoint CEO Pasquale Romano, on the company’s first-quarter earnings conference call, pointed out that, as the company’s business grows, its margins are likely to climb.

Tesla (NASDAQ:TSLA) reportedly is looking to allow the customers of other automakers to use its chargers in Norway starting next year. And, according to electrek, the German government is negotiating with Elon Musk’s company to allow EVs made by other companies to access chargers in that country. It wouldn’t be very surprising if Tesla eventually allows all EVs to be charged at its 2,700 global stations.

Meanwhile, Ford (NYSE:F) and Volkswagen (OTC:VLKAY) are allowing their customers to use the Electrify America charging network that now has over 500 charging stations in the U.S. And General Motors (NYSE:GM) says that it’s working with ChargePoint competitor EVgo (NASDAQ:EVGO) to launch “more than 2,700 fast charging stations over the next five years.”

The Bottom Line on CHPT Stock

If, despite its increasing competition, ChargePoint thrives, I believe that the company can deliver strong growth and margins.

But at the moment, I’ m worried about the company’s competition from large, well-known automakers.

One of the key elements of my prior bullish thesis on CHPT stock was my belief that the company had a stronger brand than any of its competitors. But with major automakers entering the charger business and Tesla beginning to open up its network, that’s starting to change.

On the other hand, I believe that ChargePoint still has the edge when it comes to installing chargers for apartment buildings and businesses.

But the impact of ChargePoint’s growing competition on its future results is difficult to determine now. Consequently, before buying its shares, investors should, I believe, wait either for a sizeable pullback in the name or for stronger evidence that the company can overcome its growing competition.

On the date of publication, Larry Ramer held a long position in GM. The opinions expressed in this article are those of the writer, subject to the InvestorPlace.com Publishing Guidelines.

The post ChargePoint Stock Could Have Competition Problem From EV Maker Networks appeared first on InvestorPlace.