Canceling Student Debt Doesn’t Help Rich People. Is That Why They Hate It So Much? 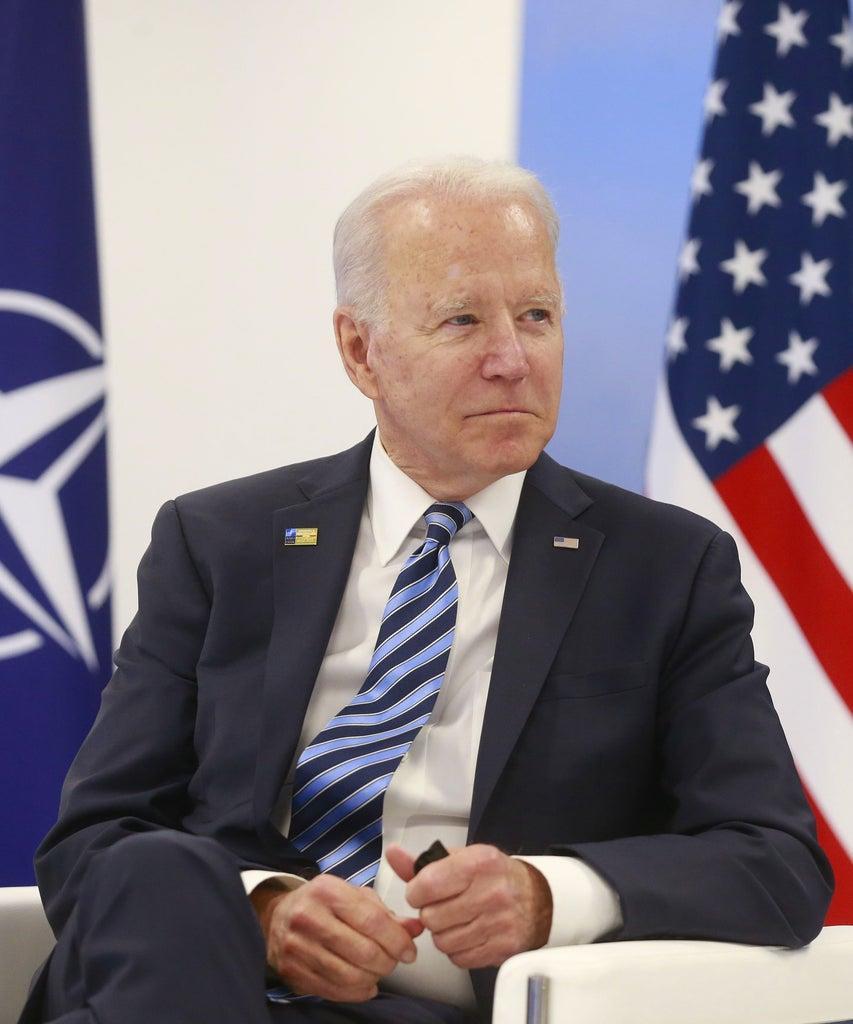 Mandatory Credit: Photo by STEPHANIE LECOCQ/POOL/EPA-EFE/Shutterstock (12072947bw) US President Joe Biden meets with NATO Secretary General Jens Stoltenberg (not pictured) during a NATO summit at the North Atlantic Treaty Organization (NATO) headquarters in Brussels, Belgium, 14 June 2021. The 30-nation alliance hopes to reaffirm its unity and discuss increasingly tense relations with China and Russia, as the organization pulls its troops out after 18 years in Afghanistan. NATO Summit in Brussels, Belgium – 14 Jun 2021

Despite campaign promises about addressing soaring student debt numbers, President Biden still hasn’t moved to cancel even the $10,000 of debt he recommended during his campaign. In February, when asked about what he thought of the growing calls to cancel up to $50,000 of debt, Biden said he didn’t support the idea because he wasn’t willing to give billions of dollars in handouts to rich people who’d attended elite colleges.

Harvard grads may be famous for announcing where they went to school to anyone who’ll listen, but their loudness doesn’t mean they make up a significant portion of college graduates. The vast majority of Americans don’t attend an Ivy League, after all — or even any other expensive private college. And the idea that we can’t have more sweeping student debt cancellation because rich people might also benefit in some way has always felt like cutting off your nose to spite your face.

But a recent paper published by the Roosevelt Institute shows that Biden’s “worry” is, in fact, unfounded: Canceling $50,000 of student debt wouldn’t disproportionately help rich college grads. Canceling $50K would help more low-income people, to a larger degree, than canceling just $10K would. This might seem as obvious as the pope’s religious denomination, but as long as the president and other lawmakers claim that student debt cancelation would only funnel more money to those who already have it, it’s worth debunking.

The paper notes that this myth operates on the idea that borrowers with higher educational attainment tend to have more debt in sheer dollar amounts, which they’ll be able to pay off with the higher salaries they earn. But the myth can only appear true through a mixture of errors and omissions, like considering only income instead of net worth, including private debt (the cancelation plan only targets federal student loans), and by failing to separate how much student debt people have broken down by both race and net worth.

For example, previous studies have looked at total student debt among borrowers rather than comparing the share of debt held by different demographic groups compared to their proportion of the U.S. population. The paper uses the example of a statistic that says white borrowers hold almost 70% of the student loan debt eligible for cancelation. This only sounds astounding when you ignore what proportion white people make up of the population, and the fact that far fewer white Americans leave school with debt in the first place: 17% of all white Americans have student debt, while 27% of all Black Americans do. It ignores that the average student debt per person for white adults is about $4,962, while for Black adults the per person amount is $7,407. The burden of student debt among racial groups can be seen in the differing default rates, too — almost a third of Black people who borrowed student loans default on them, compared to roughly 20% of Latinx borrowers and 13% of white borrowers.

The paper also argues that any calculation of student debt cancelation impact needs to take household net worth into account. Differences in income aren’t the primary factor for the persistence of wealth inequality — the racial and gender pay gap is actually wider for college graduates — a large part of it is due to intergenerational wealth transfers and assets like real estate. A high income can still result in a low household net worth, a measure that includes both assets and debts. College is touted as a necessary path for households to increase their income and narrow the nation’s wealth gap. And maybe it is necessary, but it isn’t sufficient.

Your college degree is more expensive if you took on more debt that takes you longer to pay off — something that often happens if your family can’t help foot the bill — which then leads to you paying more in interest over the years, which also results in delaying other forms of wealth accumulation like homeownership or contributing earlier and more aggressively into retirement plans. “Twelve years after college entry, the typical Black borrower with a four-year degree owes 114 percent of what they originally borrowed, and the typical Latinx borrower owes 79 percent of what they originally borrowed,” the Roosevelt Institute found. “In contrast, the average white student with a bachelor’s degree only owes 49 percent of the original amount.” In other words, going to college isn’t enough to “catch up.” Student debt severely limits the upward momentum that a college degree can provide.

Also crucially, low-income earners would see the greatest reduction in their debt-to-income ratio, which isn’t just an important marker of financial stability but also impacts credit scores and the ability to get a home mortgage. The paper argues that the debt-to-income ratio is more meaningful than analyzing dollar amounts. The same $1,000 debt, for example, weighs more heavily on a household with low net-worth than one with a high net-worth, and its cancelation would also have a disproportionate impact. The $50,000 cancelation would reduce Black Americans’ debt-to-income ratios by the greatest proportion.

In the $50K cancelation plan, the Roosevelt Institute found, “the largest share of debt cancellation dollars goes to people with the least wealth.” Especially because wealthy households are less likely to have taken student loans in the first place, the paper calculates that for those in the top 10% of household net worth (among all races), the $50K plan would cancel about $562 per person. Among Black households in the bottom 10% of household net worth, the plan would cancel $17,366. It would represent a large wealth transfer to Black Americans — so significant that the paper suggests that “student debt cancelation could be considered a form of racial reparations.”

It’s important to acknowledge the reality of the enormous racial wealth gap. But it’s time we move beyond the mere acknowledgement of obvious facts and actually do something about it. One simple way is to cancel student debt. As the Roosevelt Institute shows, canceling $50,000 of student debt does not show diminishing returns. The more we canceled, the faster we would narrow a racial and economic inequality that has festered for generation upon generation.

Like what you see? How about some more R29 goodness, right here?

Why Are People Upset About Canceling Student Debt?

Real People On Having Student Debt During COVID-19