Can You Really Avoid Crypto Taxes While Saving a Developing Country?

Worried about Uncle Sam imposing capital gains tax on your crypto? You should be. Last month, the Treasury Department announced steps to crack down on cryptocurrency markets and transactions. Any transfer worth $10,000 or more must be reported to the Internal Revenue Service. 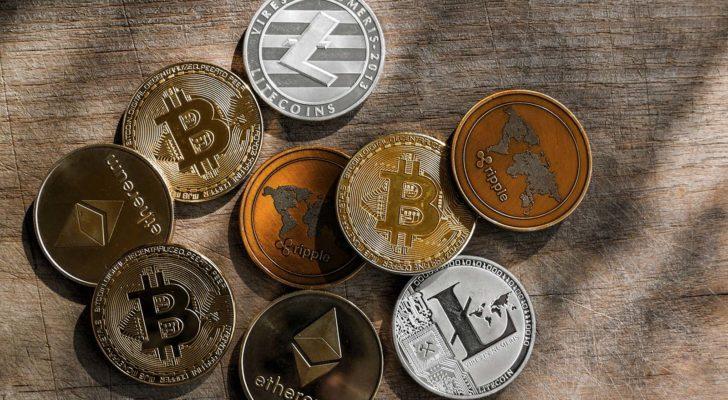 An aerial shot of a group of popular cryptocurrency tokens.

Some investors have started to think creatively about how to protect their gains. Just like any other volatile investment, a hedge is often the smartest strategy. Buying options or gold or bonds won’t help. But a second citizenship in a crypto- and tax-friendly country might.

It’s not just homeland investors that stand to benefit from Bitcoin’s broader adoption. For nations in economic crisis, crypto could be the antidote to debt and inflation, with the potential to displace the greenback as the destination for capital outflows. Demand for Bitcoin as a safe-haven asset has skyrocketed in emerging economies battered by the pandemic-triggered capital flight, as investors rush to shift money from their own failing currencies to crypto.

Take debt-ridden Argentina, whose government restricts purchases of the U.S. dollar in an effort to hold onto its reserve. Crypto exchanges have witnessed astronomical growth as Argentines look for somewhere to park their money that’s not pesos. The term “Bitcoin dollar” is now part of the vernacular, as Argentines translate the value of their Bitcoins to the U.S. dollar.

For these and many more developing countries, the adoption of Bitcoin as legal currency looks like a win-win situation. On one hand, crypto could attract foreign wealth looking for a tax haven. It could bring financial inclusion, investment, tourism and economic development. Could anything go wrong? Here’s a closer look.

Membership Has Its Benefits

Remember Vanuatu? This South Pacific archipelago of 80 islands is rated the “fourth happiest place in the world.” Maybe it’s the lush flora and fauna. But it’s also worth noting that Vanuatu has no income tax, wealth tax, capital gains or inheritance tax. It’s also the first country in the world to accept payment in Bitcoin as payment for citizenship. The cost: $130,000 and approximately $52,000 for additional charges, including security screening and processing. At current Bitcoin prices, a Vanuatu passport will cost you $4.7 Bitcoin.

Passports to tropical countries have been in demand by wealthy folks forever. But now, emerging countries are getting into the mix. For a small donation, foreigners can buy citizenship to a crypto-friendly domicile with several important perks, including:

These features make citizenship-by-investment programs extremely attractive to applicants. And the allowance for Bitcoin payments is expected to attract even more foreign investors.

Other countries are following suit. Antigua and Barbuda are crafting a framework for regulating crypto companies that establish their operations on the island and provide protection for both exchanges and their customers. Called “The Digital Assets Business Bill 2020”, the bill is based on meetings between the Commonwealth and representatives of the Antigua Leisure & Gaming Association. According to Calvin Aire, Canadian-Antiguan billionaire and magnate of online gambling (who also happens to be Economic Envoy for Antigua and Barbuda), “there’s a growing convergence of bitcoins, online games, virtual reality technologies and gaming.”

In theory, countries like Antigua can use this convergence to attract investments to the economy, and to globally develop services. But, anyone who’s been following the slew of recent ransomware attacks plaguing this country knows there’s another advantage: cryptocurrencies keep identities secret. That’s good news for anyone who’s dreamed of running their own offshore sportsbook under the table. Side note: In 2012, Ayre was indicted by the U.S. Attorney for Maryland on charges of illegal gambling and money laundering.

But there’s more to the story surrounding Bitcoin’s legalization and broader adoption. Crypto, as a safe-haven asset, could be the fix for countries in economic crisis. Stablecoins, which typically include digital tokens whose value is linked to a government-issued currency such as the U.S. dollar, are gaining ground in places where the local currencies are less stable and subject to capital controls because of inflation.

Developing nations have domestic currencies which are typically very weak. They hold little to almost no value and are susceptible to even the slightest economic change, which often causes rampant inflation. That is why most third-world countries rely on large first-world currencies to complete transactions. Anyone who’s visited a South American country knows it’s pretty common to be able to pay in U.S. Dollars. The pandemic has made things worse, triggering massive capital outflows.

For nations which restricted purchases of hard currency, cryptocurrency offers an alternative to dollar assets. Argentina, for example, which is on the verge of default, has placed a cap on foreign currencies citizens can purchase. Meanwhile, the black-market exchange rate of the Argentinian peso is down roughly 40% year to date. With little other safe haven options for assets, demand for Bitcoin has surged.

In Lebanon, which defaulted on its debt in March, Bitcoin also serves as a haven asset. Banks have restricted withdrawals and confidence in the local currency has collapsed. The result: a rush of people willing to pay a high premium to convert their money into Bitcoin. Last month, the value of the virtual currency on Lebanese exchanges nearly doubled the quote on the international market, according to local media.

No Country Left Behind With Crypto

Cryptocurrency could also potentially revolutionize the way traditional currencies use in developing countries. In theory, it could provide a coherent single currency that is reliable and holds value. With enough usage, it has the potential to become the primary currency in any third-world country.

Consider that over 1.7 billion people globally are unbanked, meaning they lack a bank account or credit card to participate in the tools and services that create economic sustainability. This limits their ability to engage in the global economy and grow businesses. By adopting Bitcoin or another сrypto as a primary currency in a developing country, the theory is that people will immediately have a currency that won’t be influenced by changes within their specific economy. Because Bitcoin operates on a global platform, it’s only susceptible to global economic changes. Local happenings would have little to no impact on the crypto’s overall value.

There’s another benefit: anyone can use it to transact without bank accounts and credit cards. For developing countries, alleviating the uncertainty attached to financial transactions should boost the economy and inspire consumer confidence. When consumer confidence is high and people feel safe to spend money, an economy should grow.

Could anything go wrong? The World Bank thinks so. Recently, it refused to aid El Salvador in its attempt to implement the cryptocurrency as an official method of payment. Earlier this month, the Salvadoran Congress approved legislation that would make Bitcoin legal tender, alongside the U.S. dollar within 90 days. The government aims to establish a trust at the Development Bank of El Salvador to convert Bitcoin to U.S. dollars. The day after passing the Bitcoin Law, President Nayib Bukele met with the International Monetary Fund as part of negotiations to borrow $1 billion.

The IMF’s response? Not so fast.

It refused El Salvador’s request for help “given the environmental and transparency shortcomings” of Bitcoin. Despite the polite tone, however, the implication here is that Bitcoin facilitates money-laundering and other illicit uses. The risk is that El Salvador could effectively harbor criminals seeking to convert Bitcoin into U.S. dollars. It also doesn’t help that Bukele has been accused of working closely with the MS-13 gang, which is linked to human trafficking, drug networks and targeted killings.

Time will tell whether these efforts succeed. Argentina tried something similar after its financial crisis in 2001-2002. With the economy stagnating and the government perceived to have insurmountable deficit issues, Argentines withdrew all the dollars they could. To prevent a run on the banks, Argentina brought in the “corralito,” effectively freezing all bank accounts and only allowing small withdrawals. Within a year, angry crowds and bloody protests brought down the government.

Bitcoin’s vision is a peer-to-peer decentralized financial exchange of value — a vision that has most certainly been realized. The need is clear: a digital currency, traded peer-to-peer that cuts out the middlemen, providing direct and fast exchange at a fraction of the cost.

Maybe it’s not Bitcoin, but the criminals that are the problem.

Your comments and feedback are always welcome. Let’s continue the discussion. Email me at jmakris@investorplace.com.

The post Can You Really Avoid Crypto Taxes While Saving a Developing Country? appeared first on InvestorPlace.