Can Plug Power Continue Its Rally Into June and Beyond?

Hydrogen fuel cell player Plug Power (NASDAQ:PLUG) seems to have gotten its mojo back. At the time of writing, this company has taken out its high for the month, and has broken the $30 per share level for the first time since late-April. Indeed, all seems to be going well for investors in PLUG stock right now. 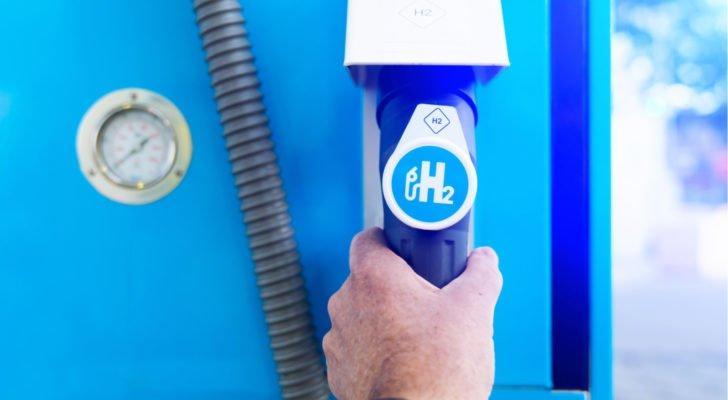 This momentum is a result of a variety of factors that have played out over the near-term. However, it’s important to put this stock’s recent performance in context.

Since hitting a high of more than $75 per share earlier this year, investors who bought at the top are holding some pretty heavy losses. Indeed, a 60% drop for any stock is more than a correction. It’s a rout. And investors may be wondering if this near-term momentum can turn into something more permanent.

There are certainly reasons for investors to be excited about hydrogen fuel cell stocks right now. From a political lens, President Biden is extremely favorable to this sector. Biden’s infrastructure plan calls for specific investments in a clean energy future that includes hydrogen. For investors in PLUG stock, this is music to the ears.

However, Plug Power’s recent decline is a function of more than broader market sentiment waning for growth stocks (though that ought to factor into the equation). Rather, Plug Power has had some serious company-specific headwinds of late.

Let’s dive into one specific headwind facing investors in PLUG stock, and see if sunny days or dark clouds are on the horizon for this clean energy stock.

After making a nice rally to above $45 per share in mid-March, Plug Power unleashed a bombshell on investors. The company announced it would need to restate its prior financial statements. These restatements are generally very bearish for any stock. And PLUG stock responded as investors may have expected. The company’s stock price fell to below $18.50 per share on May 11, a decline of well more than 50% in the span of approximately eight weeks.

Why the steep decline in such a short amount of time? Well, the market was anticipating some rather rough restatements on May 17 — the filing deadline for Plug Power.

However, on May 14, the company announced its restatement early, to the surprise of the market. And early news is usually good news.

The company reported adjustments that actually didn’t meaningfully change the picture for PLUG stock all that much. In fact, the aggregate change amounted to a $6.7 million increase in revenue for the company over the past three years.

Plug Power remains one of the go-to plays for clean energy investors interested in the hydrogen space. It’s a company with a massive cash balance of more than $5 billion, and otherwise solid growth numbers.

Sure, the company hasn’t turned a profit over the past decade. And bears are quick to point out that hydrogen has been an innovative “paradigm-shifting” movement for decades longer.

However, with massive investment in a hydrogen future, there’s reason for investors to be hopeful this time it’s going to be different. Plug Power stands to benefit from a revolution that’s had a very difficult time getting off the ground, for a very long time. If the tides really do finally turn in favor of hydrogen fuel cell stocks, Plug’s potential is impressive at these levels.

Additionally, momentum seems to have turned around for hyper-growth stocks in recent weeks. Any sector with valuations driven mainly by market sentiment will likely see outsized moves one way or another. If the market changes its mind (again) on PLUG stock, June could be a very good month for investors.

That said, it’s important to emphasize that PLUG stock remains highly speculative today. That said, those with faith in hyper-growth spaces have done much better than agnostics of late. Maybe taking a leap of faith will pay off this time.

On the date of publication, Chris MacDonald did not have (either directly or indirectly) any positions in the securities mentioned in this article. The opinions expressed in this article are those of the writer, subject to the InvestorPlace.com Publishing Guidelines.

Chris MacDonald’s love for investing led him to pursue an MBA in Finance and take on a number of management roles in corporate finance and venture capital over the past 15 years. His experience as a financial analyst in the past, coupled with his fervor for finding undervalued growth opportunities, contribute to his conservative, long-term investing perspective.

The post Can Plug Power Continue Its Rally Into June and Beyond? appeared first on InvestorPlace.