Buffett has now given half of his Berkshire shares to charity, announces resignation from Gates Foundation 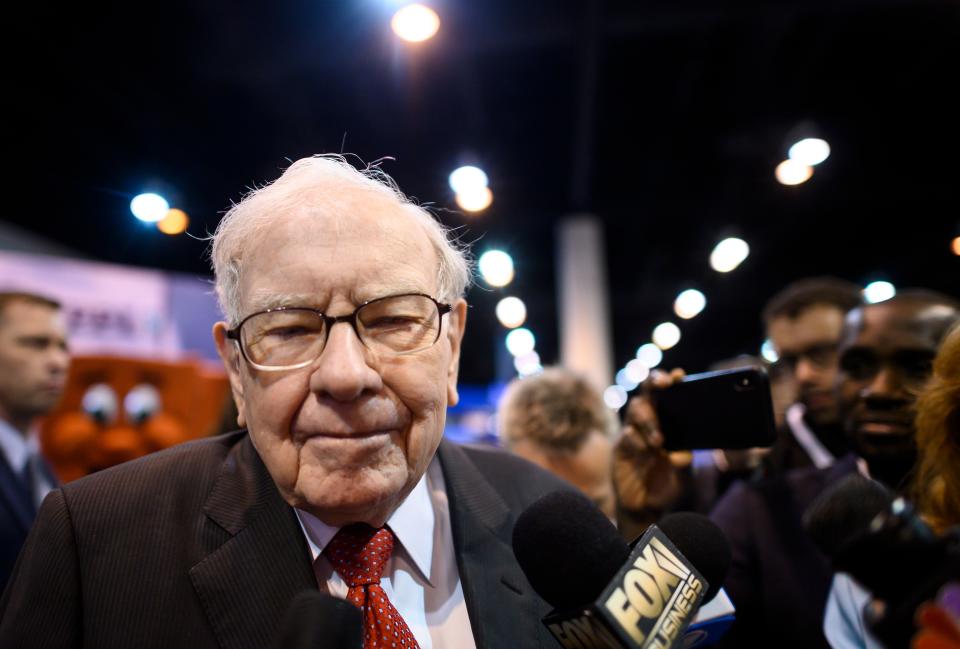 Warren Buffett, CEO of Berkshire Hathaway, speaks to the press as he arrives at the 2019 annual shareholders meeting in Omaha, Nebraska, May 4, 2019. (Photo by Johannes EISELE / AFP) (Photo credit should read JOHANNES EISELE/AFP via Getty Images)

Investing icon Warren Buffett has now pledged half of his Berkshire Hathaway shares to (BRK-B, BRK-A) to charity, giving another $4.1 billion to five foundations as part of his long-standing annual commitment to philanthropy.

"Today is a milestone for me. In 2006, I pledged to distribute all of my Berkshire Hathaway shares – more than 99% of my net worth – to philanthropy. With today’s $4.1 billion distribution, I’m halfway there," Buffett wrote in a letter on Wednesday.

In the letter, Buffett also announced his resignation as a trustee of the Bill and Melinda Gates Foundation (BMG), one of the recipients of his shares.

"I am now resigning from that post, just as I have done at all corporate boards other than Berkshire’s. The CEO of BMG is Mark Suzman, an outstanding recent selection who has my full support. My goals are 100% in sync with those of the foundation, and my physical participation is in no way needed to achieve these goals," Buffett added. 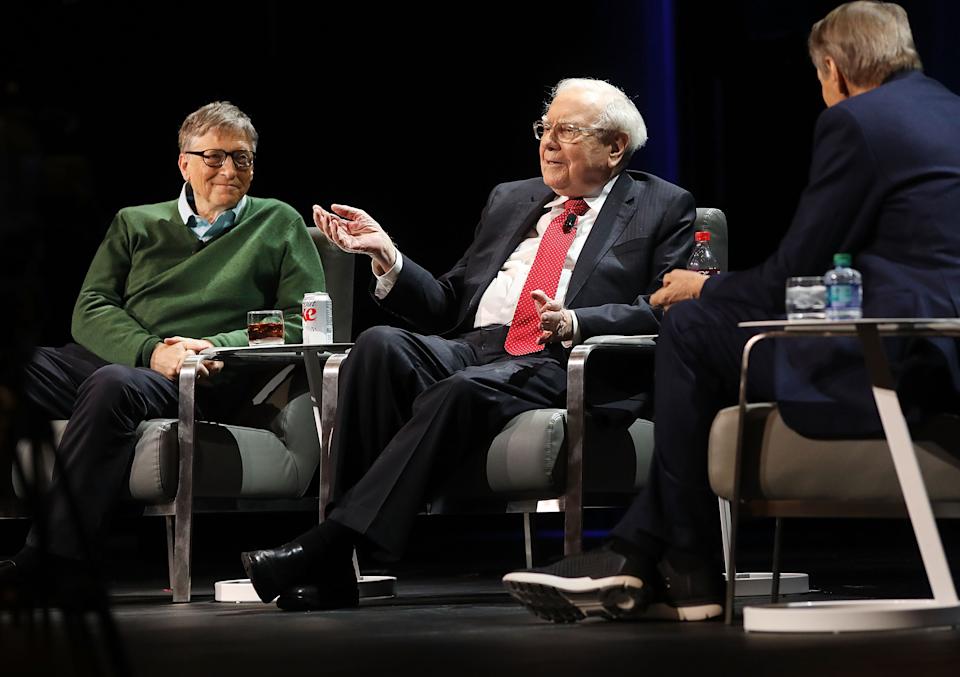 In 2010, Buffett and Bill and Melinda Gates established The Giving Pledge as an “open invitation” to billionaires “to publicly commit to giving the majority of their wealth to philanthropy,” and to “set a new standard of generosity among the ultra-wealthy.” Bill and Melinda Gates announced their divorce last month after 27 years of marriage but said they'd continue their philanthropic work together through the foundation.

Elsewhere in the letter, Buffett proceeded to share some areas "for further thought" for philanthropists, the government, and the public.

Buffett, who has long argued that excessive wealth really has no utility, said "the easiest deed in the world is to give away money that will never be of any real use to you or your family. The giving is painless and may well lead to a better life for both you and your children."

"Over many decades I have accumulated an almost incomprehensible sum simply by doing what I love to do. I’ve made no sacrifice nor has my family. Compound interest, a long runway, wonderful associates and our incredible country have simply worked their magic. Society has a use for my money; I don’t," he wrote.

Buffett, 90, said he will "continue at my enjoyable job, doing what I like, aided by associates I like and working to deploy the savings of people who have long trusted me. I still relish being on the field and carrying the ball. But I’m clearly playing in a game that, for me, has moved past the fourth quarter into overtime."

The famed investor also touched on the issue of significant tax deductions for the uber-wealthy from charitable donations, which he noted is a benefit that is "far from automatic."

According to Buffett, the $41 billion of Berkshire shares donated so far across those five foundations has resulted in about 40 cents of tax savings per $1,000 given.

"That’s because I have relatively little income. My wealth remains almost entirely deployed in tax-paying businesses that I own through my Berkshire stockholdings, and Berkshire regularly reinvests earnings to further grow its output, employment and earnings. The income I receive from other assets allows me to live as I wish. My needs are simple; what made me happy at 40 makes me happy at 90," Buffett added.

To be sure, Buffett pointed out that tax deductions matter to many, especially the wealthiest.

"It is fitting that Congress periodically revisits the tax policy for charitable contributions, particularly in respect to donors who get 'imaginative,'" he wrote.

Buffett concluded his letter striking a tone of optimism that echoes his long-held bullish stance on America and its future prospects.

"I’m optimistic. Though naysayers abound – as they have throughout my life – America’s best days most certainly lie ahead. What’s happened here since 1776 has not been a historical fluke. Philanthropy will continue to pair human talent with financial resources. So, too, will business and government. Each force has its particular strengths and weaknesses. Combined, they will make the world a better place – a much better place – for future generations," Buffett wrote.