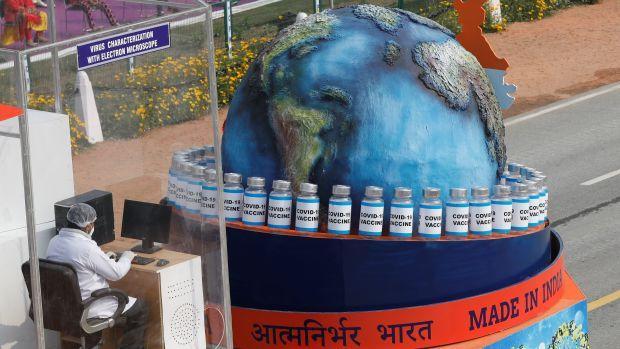 Yesterday (June 30), India refused to recognise the EU’s digital Covid certificate until it includes both the Indian vaccines, Covishield and Covaxin.

This wrath comes after the EU included the AstraZeneca jab named Vaxzevria among the four accepted vaccines but the identical, India-made version called Covishield didn’t find itself on the list.

The EU’s digital Covid certificate will allow people to enter the bloc, or travel without restrictions inside its borders, starting today (July 1).

The implication of excluding India-made vaccines is far-reaching with most of the fully vaccinated people in the country and Africa–which has so far received 30 million doses of Covishield via the Covax programme—are poised to face difficulty in travelling to Europe. 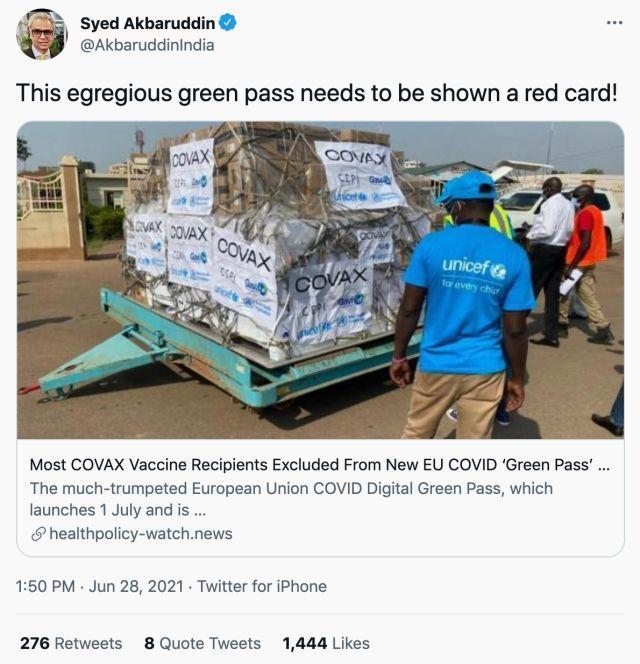 India to strike a reciprocal vaccine deal with the EU

India said once the EU accepts both the Indian vaccines, it will exempt EU citizens from mandatory quarantine when they travel to India.

It’s kind of an empty threat considering the country has suspended international flights until July 31, and the EU has anyway been deterring its citizens from travelling to India due to the dangerous delta variant. Even in pre-pandemic times, more Indians lined up for Schengen visas to European countries than the other way around.

But the government’s tough stance is judicious. Since Covishield is based on the Oxford formula, it was assumed to get green-lit outside India. Several students, working professionals, and athletes going abroad were placed ahead in the lines in the country’s vaccine rollout to receive Covishield in the last few months.

Adar Poonawalla, CEO of the world’s largest vaccine maker and Covishield manufacturer Serum Institute of India (SII), is “quite confident” the EU will clear Covishield for the green pass in a month.

But an international nod for Covaxin may be a tall ask. The maker of the vaccine, Bharat Biotech, has neither published its final stage trial data in full nor has it been approved by the World Health Organization.

Despite being slow to get approvals, the Hyderabad-based company has been trying to spread its net wide, starting with its first global export to Brazil. But a corruption scandal in the south American nation could do more harm than good.

On June 29, Brazil’s health minister Marcelo Queiroga announced the country was suspending its $324 million deal to buy 20 million doses of Bharat Biotech’s Covaxin. Brazil’s president Jair Bolsonaro is being probed over irregularities in the procurement of the vaccine including Covaxin being chosen over the cheaper Pfizer and payments being sought despite delays in delivery.

The Brazilian president, Bharat Biotech, and Precisa Medicamentos—Bharat Biotech’s partner in Brazil—have all denied wrongdoing. Even if the investigation eventually gives them all a clean chit, the reputational damage is already underway.