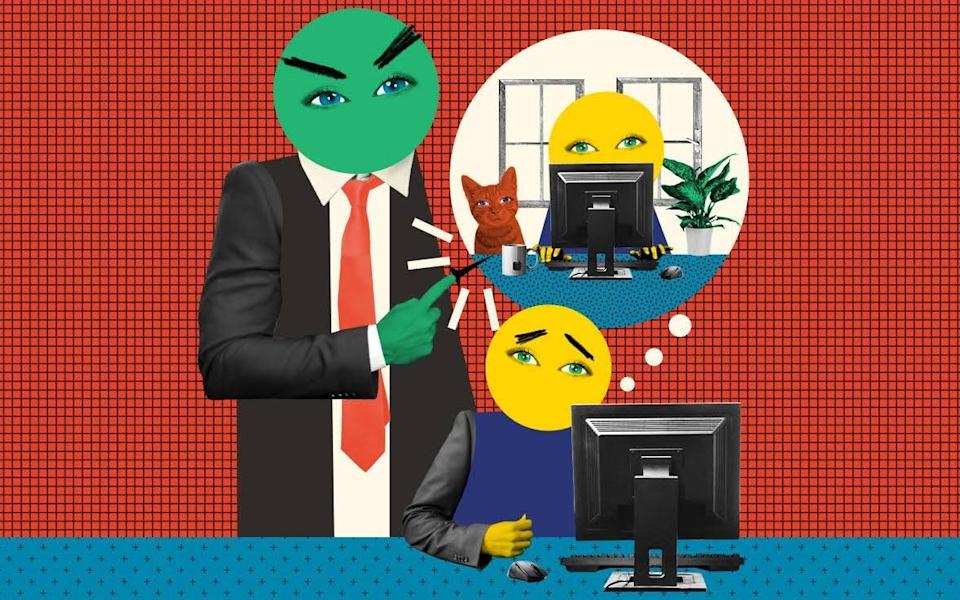 Bosses try to lure workers back to the office

Bosses are on a collision course with staff over a shift to permanent home working as official figures indicate huge numbers of employees want to stay away from the office.

The Prime Minister's delay to the Covid-19 roadmap on Monday evening means hopes have been dashed for organisations seeking a return to normal from next Monday – with Goldman Sachs among a string of major employers expected to change their plans.

However, figures from the Office for National Statistics released on Monday suggested that many staff are hopeful that they will not have to return permanently at all.

A total of 85 per cent of adults who are currently working from home want to adopt a “hybrid” approach after the pandemic by splitting their time between home and the office, data from the ONS revealed.

At the same time, almost two in five firms expect more than three-quarters of staff to be in their normal workplace post-Covid, indicating that businesses and employees could be at loggerheads when the Prime Minister’s work from home advice is lifted.

According to the ONS, just 14 per cent of businesses expect more than half of their staff to work remotely after restrictions are eased.

Joseph Lappin, head of employment at law firm Stewarts, warned workers are unlikely to have reasonable grounds to defy instructions to return to the office once restrictions are lifted.

He said: “If employers instruct staff to come back, to go back to the office, in ordinary circumstances that would be a lawful and reasonable instruction.”

Some experts have warned of a resignation boom looming amid the biggest shift in working patterns for decades. Half of Britons are already at their place of work as of mid-May while a quarter remain at home and 11 per cent are hybrid working, the ONS said.

Mr Johnson on Monday pushed back the final stage of the reopening, meaning work from home advice will remain in place until the middle of next month.

The move is expected to stoke tensions between staff and bosses, prolonging the pain suffered by city centres reliant on office commuters.

Mr Lappin said employers could face legal action if they fire staff who refuse to return to the office while work from home advice is in place.

He said: “If the government guidance is that employees should only be working in the office if they cannot work from home, I think employees will have a legitimate basis for contesting an employer’s instruction to return to the office on health and safety grounds.

“We will see employees who believe that they have been unfairly dismissed for failing to follow an instruction to return to the office… I do think we will see Covid-19 related unfair dismissal claims over the next six to 12 months.”

Companies which had been telling staff that they must be back at their desks from June 21 are now preparing to soften that message due to the latest guidance.

US bank Goldman Sachs, whose boss David Solomon has repeatedly argued that working from home will not become a permanent fixture after the Covid crisis, was among the firms to tell staff last month that their time at home was up. The company sent a memo around to staff in which it urged staff to complete a survey on their vaccination status, so it could plan how to map out the return to the office.

One insider said: "Of course we can't drop social distancing if it's against government guidance."

The delayed lifting of Covid restrictions will come as a blow to ministers who had hoped that footfall in city centres would pick up this summer as staff return to the office. However many large businesses had already told staff they can work how they like in future, leaving them largely unaffected by the delay to the June 21 unlocking.

Some businesses are adapting to staff demands with remote work job postings soaring. Online job adverts related to home working are three times higher than pre-virus levels and are climbing far faster than other postings, the ONS said. Remote work job ads now account for 8 per cent of overall postings.

Abi Casey, co-head of strategic analysis at the ONS, said the data could show a divide between workers wanting a hybrid approach and businesses wanting more staff in the office.

She said: “There are potential impacts in terms of the wider impacts on society and the economy if we have increased home working going forward.

“For example, commuting [and] city centres may be impacted with a smaller number of people going to work as well as shifts in regional populations and long-term business investment.”

Corporations have been urging for the Government to allow more people to return to offices in recent weeks, including Primera Corporation, which runs office areas including around Victoria, saying there needed to be "clear messages about how people can safely return to their places of work".

Primera said: “Businesses have invested millions of pounds to create safe and welcoming offices, the transport system is cleaner than ever and London is ready to welcome people back.”

Bosses prepare to burst the working from home dream 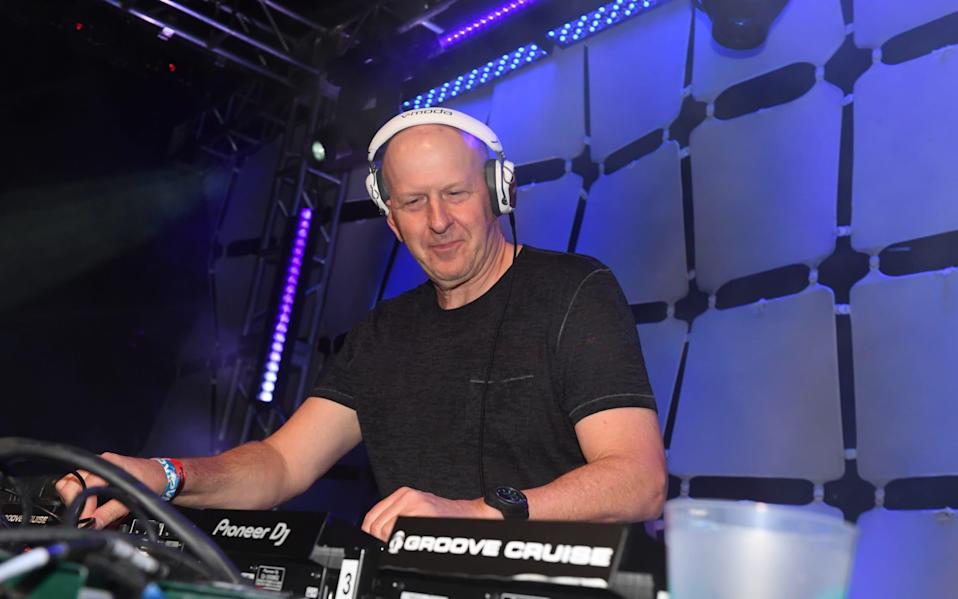 Just days before Goldman Sachs’ 20,000 US employees were due to return to the office, the bank’s boss, David Solomon, released a track titled Learn to Love Me.

It was an apt choice of title for ‘DJ D-Sol’ who has taken one of the strictest approaches to the return to office life on Wall Street. He is now hoping to win over employees who are reluctant to return to work.

On Monday, camera crews lined up outside its New York headquarters to capture the moment employees returned to normality. Employees high-fived and hugged each other as they streamed into the office, where they were greeted by free food and music.

In the UK, however, it was a very different story. Goldman’s bankers in London had been told that they must be back at work from June 21, the day all Covid restrictions were due to be lifted. Instead Boris Johnson today announced that the easing of lockdown restrictions will be delayed for four weeks to July 19.

While it may have come as a relief to some, for the companies eager to get workers back in their seats, the delay came as yet another blow. “Of course we can’t drop social distancing if it’s against government guidance,” said one insider.

With patience wearing thin, some bosses are turning sour on the idea of employees working from home.

According to the Office for National Statistics (ONS), almost two in five companies expect more than three-quarters of staff to be in their normal workplace post-Covid while a further third are still unsure on how many to recall. Only 14pc said more than half of their staff will be working remotely.

Growing evidence points to a stark divide between home workers enjoying a better work life balance and businesses eager to get staff back in the office.

A Morgan Stanley survey of businesses across the UK and Europe suggests office workers want on average two days per week at home, double the pre-Covid level, with some 31pc of home workers keen to work remotely most of the week.

However the bank found that employers plan to only allow staff to work on average 1.3 days out of the office across the five biggest European countries and 1.6 days in the UK.

The latest data from the ONS paints a similar picture. While some 85pc of those working remotely want a “hybrid” approach between home and the office, businesses predict most of their staff will return. Almost 40pc of companies said they will recall three-quarters of their workforce.

Abi Casey, co-head of the ONS strategic analysis unit, says this highlights “some difference” between expectations of staff and bosses.

It also reveals divisions within the workforce. “My sense is that there will be an interesting generational shift,” says Nick O’Donnell, a partner at law firm Baker McKenzie.

“The older generation of deal-doers has grown up knowing how to work in person meetings to their advantage and won’t want to give that up.

“However, the younger generation is learning new approaches and already spends so much of their life online that it is also their natural forum for business.

“It will take a few years to play out but I suspect that gritty face to face negotiations will largely go the way of the telex and fax machines and getting together will be reserved more for problem solving and relationship building.”

This tension is already starting to play out as some of the world’s biggest companies face staff campaigns against coming back in. Apple’s employees are pushing back on plans for a return to the office, according to a letter seen by The Verge, after workers were told they must be back at least three days a week from September.

Meanwhile Amazon, which told many of its workers in March that its future was going to be “office-centric”, has now said it will let staff work from home twice a week.

“There will certainly be flashpoints over the next weeks and months ahead as employers ask staff to return to their normal place of work,” says Joseph Lappin, head of employment at law firm Stewarts. “Employees who at the moment are very happy working from home will say, ‘well this has all gone very well over the last 18 months, why do I suddenly need to come back to the office?’”

Lappin says that if employers demand staff back in the office in normal circumstances, it would be a “lawful and reasonable instruction”.

However, he expects some unfair dismissal claims related to Covid to emerge in the next 12 months as tensions simmer. Staff will have a “legitimate basis for contesting” a call back to the office if government guidance on working from home remains in place, Lappin adds.

It is not just bosses who want their teams to return. The economic consequences from a lasting shift to remote working are potentially huge if demand for services, housing, transport and office space shifts out of cities or dwindles.

A delay to the lifting of the work from home advice will prolong the pressure facing Britain’s biggest city centres, which are still suffering from suppressed footfall. Spending and shopper traffic has failed to recover most in the likes of London, Manchester and Birmingham while high streets in small towns have bounced back far more rapidly.

A permanent cut in the number of office workers in centres could have long-lasting economic effects on high streets. And the jury is still out on whether home working boosts or knocks productivity. Bank of England chief economist Andy Haldane has argued more flexible working could help boost productivity but other studies suggest it could hamper output per hour.

“There is a bullish trend at the moment of saying that remote working is not going to stay,” adds O’Donnell.

“That is understandable right now, as we enjoy the sugar rush of a few meetings in person and social events in the summer sunshine.

“However, the benefits of remote working will be front of mind as we squeeze back into busy commuter trains in September.”

Read more: Your rights if your employer asks you to return to the office

Is there a working clash at your company? Let us know in the comments section below which side of the battle you're on.