Space tourism is an intriguing industry. And, while it may mostly be for the millionaires, the industry has never been better. With new companies entering this high-growth space, there’s potential for space tourism to churn out huge returns for investors. For example, Virgin Galactic (NYSE:SPCE) had an excellent week after its successful test flight. Now SPCE stock is already soaring high. 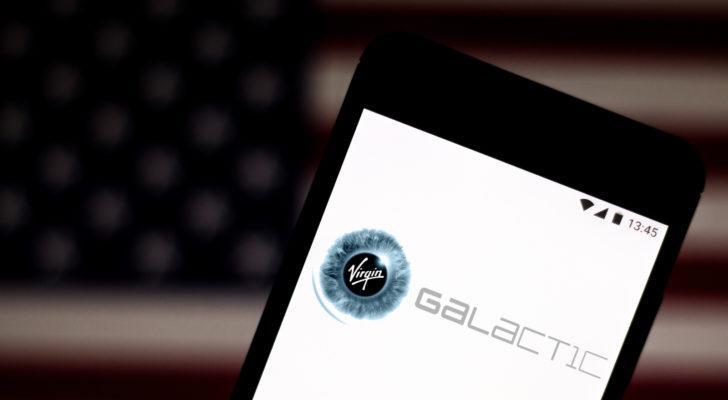 Of course, I am excited about flying into space (although I may never be able to afford it). Because of that, I’ve always looked out for SPCE stock. Back in May, I recommended that investors hold their horses before putting money into SPCE. Now, though, I believe it’s time to book your seat.

So, here’s what you should know about Virgin Galactic moving forward.

A Closer Look at SPCE Stock

No doubt, SPCE stock had a wild year and it took investors for an absolute rollercoaster ride. Last September, the stock was trading around the $16 to $17 mark. Then it hit nearly $36 in December with the hope of a successful test flight, which was eventually delayed.

That flight was later scheduled for February, when the stock reached its all-time high of $62.80. Due to technical difficulties, though, the flight did not take off and the stock fell to the ground. SPCE reached as low as $15 in mid-May.

However, with the recent success of Virgin Galactic’s rescheduled test flight, the stock has since seen huge upside. Today, it changes hands at around $31 or so.

One Flight Closer to Commercial Operations

Virgin Galactic successfully completed its first space flight in two years. This spaceflight is one of a series of remaining flights before Virgin Galactic starts up with commercial customers. For the next flight, there will be two pilots as well as four employee passengers to test the cabin. Then, for the third flight, Richard Branson himself will be on board.

Of course, flying into space is not for everyone. But there will be a lot of wealthy folks who are willing to take the plunge. The company has already announced a “new reservations structure” for flight booking. That helps put it ahead of the curb.

If you look at the long-term picture, Virgin Galactic could have multiple flights taking passengers into space. With increasing competition, flyers will have more choices, but it will always come down to safety and success. So, as long as Virgin Galactic flies passengers safely and completes its test flights successfully, it will continue to attract passengers. The company already has some 600 bookings. This demonstrates the potential people see with SPCE stock.

The recent successful test flight was a major step toward the future of the company. Basically, it shows that SPCE has the potential to scale and successfully launch flights despite its recent delays.

That said, reservations and aspirations aside, it all comes down to the numbers for investors. That’s where we should really look if we’re considering SPCE stock.

Over the past year, the company reported negative earnings. It had a loss of $130 million in the first quarter of 2021. However, that’s compared to a $377 million net loss in Q1 2020. Moreover, Virgin Galactic’s cash stood at $617 million at the end of March.

So, the company’s loss has narrowed and it’s also trying to cut down on expenses. These are both good signs. Additionally, its research and development expenses for the quarter ($36 million) were almost identical to Q1 2020 ($34 million). That means it’s likely not sacrificing R&D in the process of cutting down.

If Virgin Galactic can manage its risks well and cut down on administrative costs, it should inch closer to profitability.

The Bottom Line on SPCE Stock

I believe that space exploration will become the next big industry to attract huge investments in the future. And, with some innovation magnates — Branson, Jeff Bezos and Elon Musk — already moving toward this industry, there will only be growing competition in the sector.

SPCE stock could soar even higher if it continues its next flights as per the plan. However, this stock is still not for the faint-hearted. If one thing goes wrong, SPCE could come crashing down. As such, I would recommend the allocation of a small portion of your portfolio in the stock.

On the date of publication, Vandita Jadeja did not have (either directly or indirectly) any positions in the securities mentioned in this article. The opinions expressed in this article are those of the writer, subject to the InvestorPlace.com Publishing Guidelines.

Vandita Jadeja is a CPA and a freelance financial copywriter who loves to read and write about stocks. She believes in buying and holding for long term gains. Her knowledge of words and numbers helps her write clear stock analysis.

The post Book Your Seat on Virgin Galactic as It Starts to Take Off appeared first on InvestorPlace.