Blockchain will be ‘hugely disruptive’ to finance: Franklin Templeton CEO

Enterprise software company Oracle (ORCL) in recent days formed a partnership with an outfit that will strengthen its blockchain-related services, and Bank of America launched a cryptocurrency research team — the latest signs of major firms embracing decentralized finance.

Blockchain can claim another believer among the nation's top financial institutions in Franklin Templeton (BEN) CEO Jenny Johnson, whose fund manages more than $1.5 trillion in assets.

Johnson told Yahoo Finance in a recent interview that blockchain technology will be "hugely disruptive," eventually allowing everyday people to place small investments in otherwise inaccessible assets like major real estate projects. But she acknowledged that she is not "a big fan" of bitcoin (BTC-USD), citing the cryptocurrency's volatility.

"The tokenization and blockchain are going to be hugely disruptive to the financial services industry," she says. "We are at the very, very early stages of that."

Blockchain, a digital ledger that records transactions without a centralized manager, enables the sale and acquisition of assets like cryptocurrencies or non-fungible tokens, also known as NFTs. The technology has gained notoriety as the backbone behind the widely known but divisive digital currency bitcoin.

But major financial institutions have warmed up to blockchain, including a unit at JPMorgan Chase devoted to projects that incorporate the technology.

"One of the things that we've seen the last decade, let's face it, Andy, if you had money and you're a qualified investor, and you could take advantage of illiquidity premiums in alternative assets, you did better than the average person," she says. "Which by the way, is a problem."

"If you own the Empire State Building, you could sell it to a million people — probably get a higher return, because you're able to sell it to a lot more people — and they can then go and sell it without quoting the title company and all those intermediaries, because the entire contract, including who's managing that building, is built into the token."

"That becomes really interesting and starts to unlock these illiquid assets," she adds. 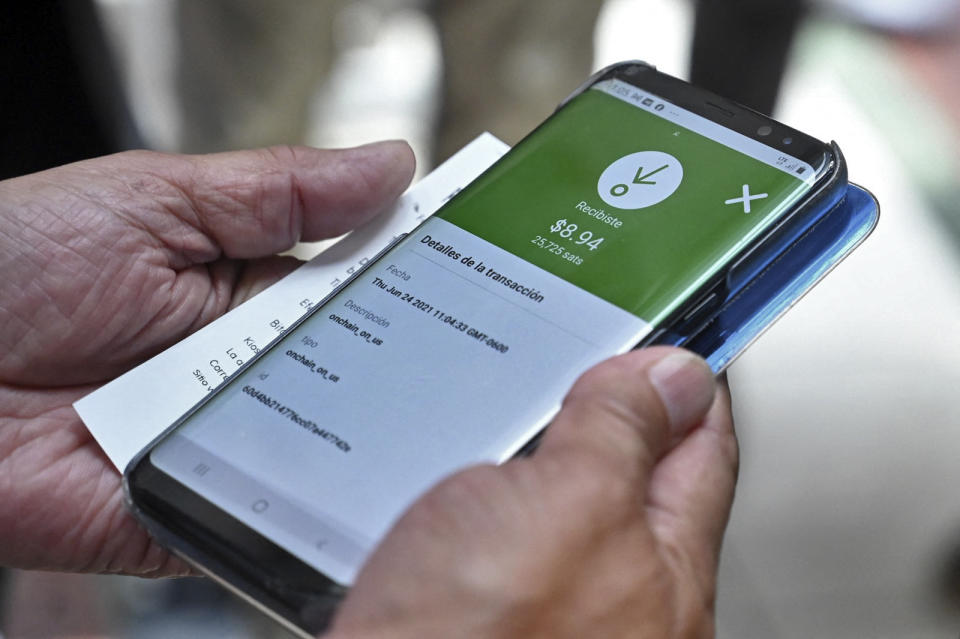 Johnson, the granddaughter of Franklin Templeton founder Rupert Johnson, began working in the mailroom at the investment fund over holidays at age 14. After a stint at Drexel Burnham, she joined Franklin Templeton in the late '80s, serving in various executive roles before she became CEO.

Speaking to Yahoo Finance, Jenny Johnson acknowledged that her enthusiasm for blockchain does not extend to bitcoin. She noted the dramatic decline of the cryptocurrency earlier this year, not long after it reached new heights thanks to public support from Tesla (TSLA) CEO Elon Musk.

"On the digital assets, I think things like bitcoin — I'm not a big fan," she says. "Obviously been wrong in so many ways, although you could have lost 50% if you bought in at kind of the peak noise, pre-Elon Musk's tweet."