It’s been a very long time since BlackBerry (NYSE:BB) was a dominant phone maker. In recent years, the company has focused on different areas of technology — and yet, many traders only know BB stock as a high-flying meme stock. 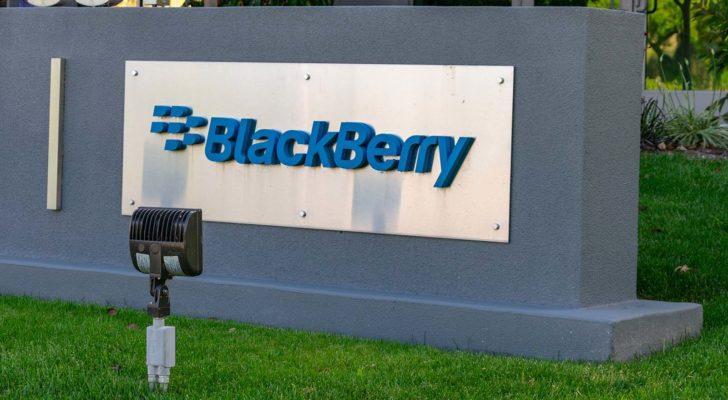 A BlackBerry (BB) sign out front of a corporate office in Silicon Valley, California.

There’s nothing inherently wrong with Reddit and Robinhood traders latching on to BlackBerry. But a complete investing strategy doesn’t just involve chasing after meme stock trends.

It’s much more important to look at what the company is doing to advance its business and stay competitive. In other words, informed investors should look beyond the short squeeze potential of BB stock.

BB Stock at a Glance

Admittedly, 2021’s huge rallies in BB stock have “meme stock” written all over them.

Prior to this year, the stock typically stayed near the $5 level. There was a bump to $8 in December, but that was minor compared to what was coming.

January was a wild month as BB stock shot up to a 52-week high of $28.77 for a multi-bagger gain. However, that rally couldn’t be sustained for very long.

By May 13, the stock price was back down to $8, close to where it was in December of 2020. But then it was just reloading for meme stock rally number two.

That run-up started in late May and culminated in BB stock jumping as high as $20.17 on June 3.

With the stock priced at $14 and change on June 11, meme-obsessed traders are waiting for the next move.

Perhaps they should consider focusing instead on what the company is doing. There are indeed reasons to invest in BlackBerry that have nothing to do with memes at all.

Recently, BlackBerry revealed not just one but two new and exciting products.

The first is a cloud-based endpoint detection and response (EDR) solution product, known as BlackBerry Optics 3.0. This will be available in the second quarter of this year.

With Optics 3.0, edge AI threat detection and automated response capabilities can execute directly on endpoint devices. That way, a security-related incident can be mitigated almost in real-time.

The other announced product is BlackBerry Gateway. This is the company’s first AI-empowered Zero Trust Network Access (ZTNA) product.

Using zero-trust architecture, BlackBerry Gateway helps organizations to mitigate their network access risk by assuming that every user, endpoint, and network could be hostile until their identity is authenticated.

As you can see, BlackBerry is aggressively pursuing a path towards greater market share in the security tech market.

But that’s not all that BlackBerry is doing nowadays. In a fresh press release, the company announced that its QNX Neutrino Realtime Operating System (RTOS) has been adopted in a new digital LCD cluster specifically designed for a line of SUVs.

This digital instrument cluster is jointly developed with BiTECH Automotive Co., Ltd. is being installed in Changan Automobile’s UNI-K, a new mid-to-high-end SUV which has entered into mass production.

These features will enhance the digital display’s visual appearance while also conveying essential information to drivers.

The Takeaway on BB Stock

I can’t stop meme stock traders from latching on to BB stock if that their plan.

However, you can look at BlackBerry from an entirely different angle: it’s an ambitious tech company with plenty of value to offer.

Overall, there’s some potential real value to the company. In my Portfolio Grader, I give it a “B”.

The post Blackberry Is Valuable Not Just Because of Memes But Because of Tech appeared first on InvestorPlace.