Black, Latinx and female entrepreneurs are still ignored by most venture capitalists 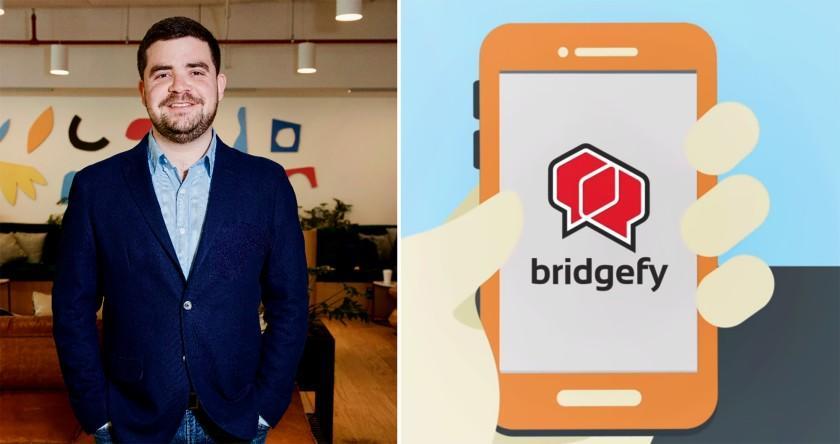 Jorge Rios created an app called that allows people to send messages without an internet connection or SMS. Most venture capitalists didn’t want to fund him. (Manuela Wagner | Bridgefy)

As voices of protest rang out during the pandemic year, Jorge Rios had a front row.

Rios created a messaging app called Bridgefy, an encrypted communications platform that relies primarily on Bluetooth and mesh networks, not the internet. In one 48-hour period of protests over the Myanmar coup, Rios said, the app was downloaded 1 million times.

"We had a hard time finding a venture fund that understood us and our mission," Rios said. "We would hear: 'How is this a problem? Everyone has internet.' They just didn't get it, didn't consider poor people. We were constantly going through emergencies in Mexico, during earthquakes, concerts and large events, losing communications. We had a solution, but no funding."

Ultimately, Rios' eight-employee firm got the seed money it needed from Mac Venture Capital, a predominantly Black firm trying to help level the venture funding playing field. The Los Angeles operation is one of several relatively new venture capital players — people of color interested in improving diversity in the founders they fund and the markets those firms hope to target.

For Rios, Mac Venture was the choir he didn't have to preach to. "They understood immediately what we were trying to do," Rios said.

Rios' company is an example of what has and hasn't changed in the venture capital world.

Bridgefy, which maintains offices in Mexico and San Francisco, received backing after years of trying. But for many entrepreneurs of color and women of all races, venture funding remains a mostly impenetrable barrier to success. 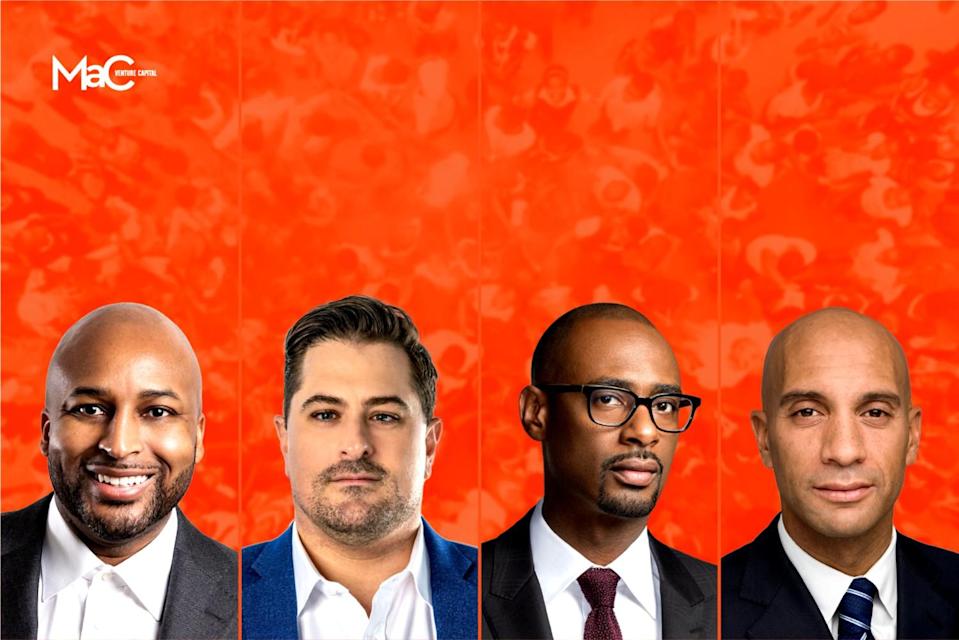 Venture funding is a major gateway to entrepreneurship, particularly in technology. It is an important catalyst for the development of new technology companies, the nurturing of big ideas and the start of new technologies and services.

For many business founders and women of color, it's still a closed door, experts said.

"The disparity in who the venture capitalists are and where their money goes is just phenomenal," said Katherine Klein, a management professor at the University of Pennsylvania's Wharton School of Business.

Klein cited a diversity study by review platform RateMyInvestor.com that examined the records of 135 of the largest venture capital firms. The review website found that from 2013 through 2017, women led just 9.2% of the startups that got money. Less than 2% had a Latino founder, and 1% was led by a Black person.

The funding level hasn't improved since then, recent data from Crunchbase indicate.

This year, from January through May 19, Black business founders surpassed the amount of venture funding they received during all of the previous year, with $1.6 billion, Crunchbase said. Still, it represented a tiny portion of overall venture funding over the same period, at 1.4% out of $110.4 billion.

"One of the things that we have begun to see, with the Black Lives Matter movement, was more investor interest, suddenly, in backing black founders in particular," said Marlize van Romburgh, editor in chief of Crunchbase News.

"It's a little too early to tell if that's a long-term phenomenon that really moves the needle in any meaningful way. Because we've seen some years where that seems to increase, but isn't really rising to any significant proportion that would represent the U.S. population overall," she said.

To attribute the funding gap to overt discrimination would be too simplistic, experts and entrepreneurs said.

There is a fundamental disconnect in communication and understanding, they said. The predominantly white male investors fail to grasp who founders like Rios are and the value of the markets those entrepreneurs want to target.

"We always say internally that talent is ubiquitous, but access to opportunity and capital is not," said Marlon Nichols, one of two co-managing general partners for Mac Venture Capital. "We're set on being change agents that provide capital opportunities to very talented, qualified and driven entrepreneurs that are building solutions for challenges that we care about, and a lot of those challenges are going to be related to underserved communities." 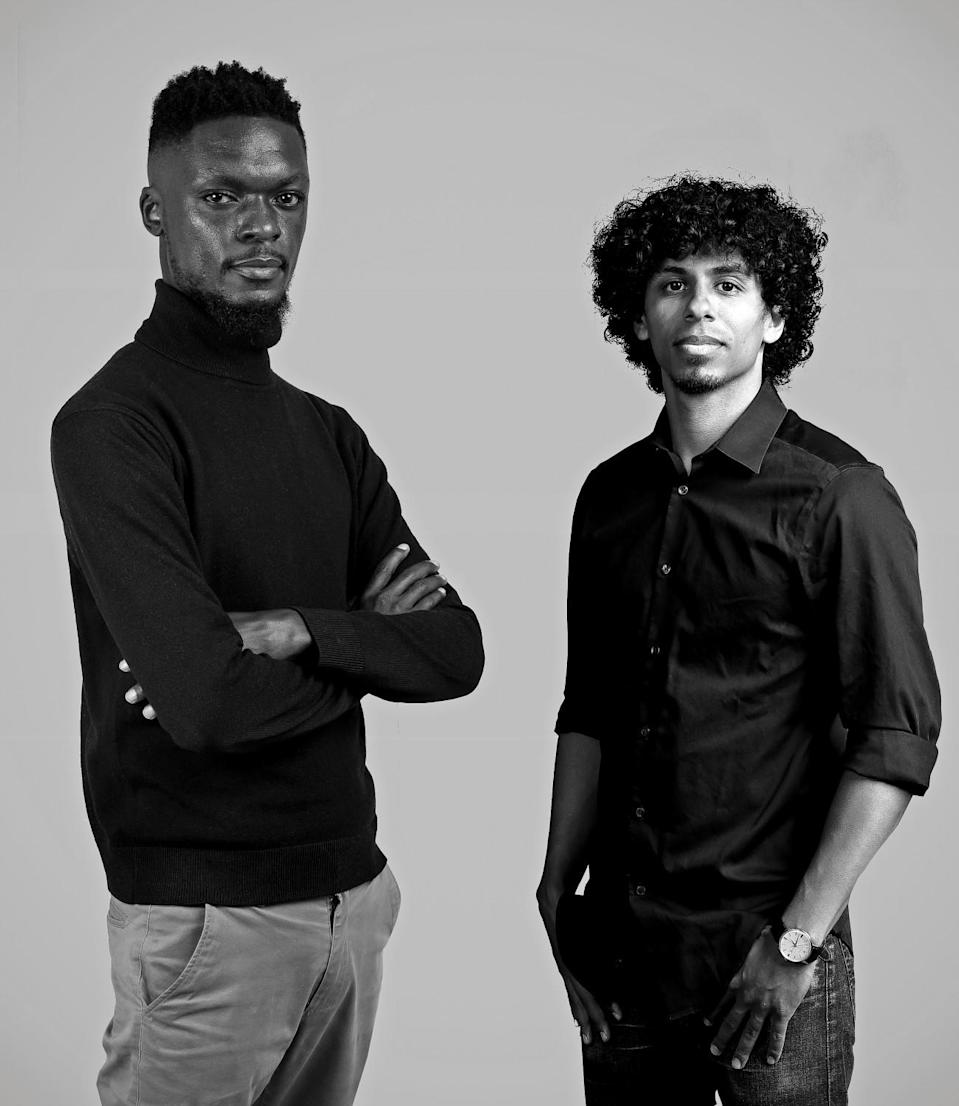 Felix Orwa, left, and Meka Este-McDonald co-founded Sote, a company they hope will help import and export businesses in Africa manage complex trade logistics. They struggled to get venture funding until they turned to Mac Venture for help. (Sote)

San Francisco-based Base10 Partners nearly tripled its size last year by raising $250 million for a new fund. Founder Adeyemi Ajao told Bloomberg that the fund was a response to the racial reckoning heightened by Floyd's murder. The firm gives a portion of fees and profits to historically Black colleges and universities and to groups improving tech diversity.

Los Angeles-based Backstage Capital recently crowdfunded more than $1 million on private investing platform Republic to back firms led by people of color, women and LBGTQ individuals, according to TechCrunch.

The last year of upheaval has prompted some mainstream venture firms to examine their practices and records.

Among them is well-known funder Andreessen Horowitz, which highlights its long history of diverse hiring and investing on its website.

The firm already had the Cultural Leadership Fund, formed with money from Black cultural leaders largely in entertainment, media and sports, including Shonda Rhimes, Sean "Diddy" Combs and Kevin Durant. The fund donates some of its fees and profits to nonprofits improving technology diversity but has taken some heat for backing only a few Black startups.

In June 2020, Andreessen Horowitz unveiled the Talent x Opportunity fund, led by partner Nait Jones, for entrepreneurs from underserved communities "who have the talent, drive and ideas to build great businesses but lack the typical background and resources to do so."

The fund started with $2.2 million from Andreessen Horowitz partners and a solicitation for funding from others, who get tax benefits. Company co-founder Ben Horowitz and his wife, Felicia, have pledged to match up to an additional $5 million raised.

Felix Orwa and Meka Este-McDonald are the kind of entrepreneur Mac Venture looks for. The two run a company called Sote, based in Oakland, and they want it to streamline cargo movement in Africa, one seaport at a time.

"We often felt that Africa, with all of its resources, should be the breadbasket of the world," Este-McDonald said, "and yet it still imports food, which is just completely backward.

"One of the root cause problems is logistics, and the tremendous amount of friction that exists in moving goods between African countries and to and from the continent in general. We felt that the best way to be involved, touching all of the pieces of trade, was to create be a digital clearance and forwarding company," he said.

Orwa, who is chief executive, and Este-McDonald, chief product officer, had plans that were continent sized, but often the pair didn't get far enough along in meetings with investors to tell how they planned to succeed. Africa just wasn't a continent funders were interested in.

"To have an entire partnership group who was comfortable with Africa was a night-and-day feeling," Este-McDonald said. "We were hearing actual startup-type questions, like 'What are you going to do with the money?' They were open to our ideas." 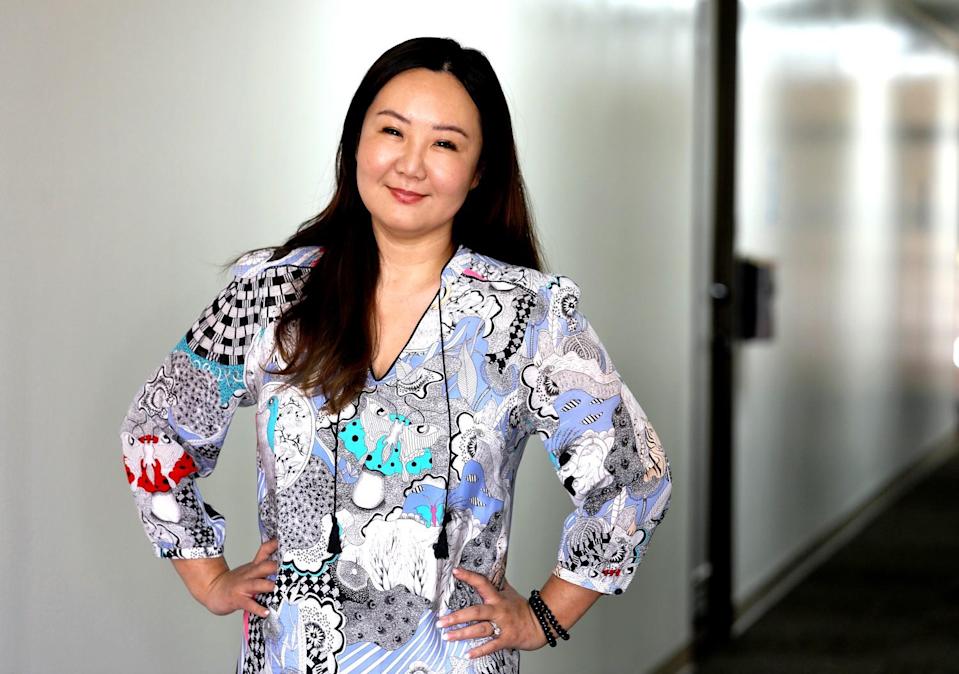 Lori Shao was another entrepreneur who couldn't find venture funding for her Los Angeles startup, Finli, which she hoped would free up daycare operators, martial arts establishments, tutors, afterschool programs and the like from the drudgery of paperwork.

"Like any service business with an education and enrichment angle, these small businesses always struggle to figure out who's supposed to pay them, how much, when and on whose behalf," Shao said.

"They fail because they can't grow. They can't grow because they don't have the time to go out and get new customers," she said. "But they can outsource their entire back office to us. We handle everything the scheduling, the booking, the payments, so they can build up their customer base and focus on teaching."

But before Shao could explain how she would accomplish this in a business plan, she was always stopped short; why did she want to work with a customer base like this, investors asked.

"Many times, investors have told me, 'Why bother with first-generation and low-income businesses?'" Shao said. "'Why don't you guys go up market? It's the same technology anyway. You can go to the affluent communities. You can do all of those things, and you can get better traction.'"

When Shao said she wouldn't make that change, the rejections came.

"I literally had email after email from venture capitalists who say they support equality and uplifting and this and that. And they're telling me, 'Hey, we don't feel comfortable about your space.' Our space is exactly who they say they support, but I guess not," Shao said.

Mac Venture provided Finli with $1 million of its initial round of $3.5 million of investment, the most it received from any single source. "It was a huge milestone for us," Shao said.

In addition to Nichols, Mac Venture's other managing partner is Adrian Fenty, a former District of Columbia mayor and special advisor to Andreessen Horowitz. The Mac Venture team also includes general partner Charles D. King, who was the first Black partner at the William Morris Endeavor media and talent agency, and venture capitalist Michael Palank, who worked with King at William Morris. King and Fenty met when they were in law school.

"But to have a seed-stage or early-stage fund of $110 million run mostly by Black men is huge, and what it points to is the enormous gap and disparity in venture funding," she said.

Bridgefy founder Rios said the company is looking to build its revenue stream now that it uses encrypted technology, which opens up opportunities for mobile payments, for instance.

Rios, who now lives in Florida, said Mac Venture "was the only fund that we found that was willing to make a significant investment into a problem that the majority of the First World ignores."