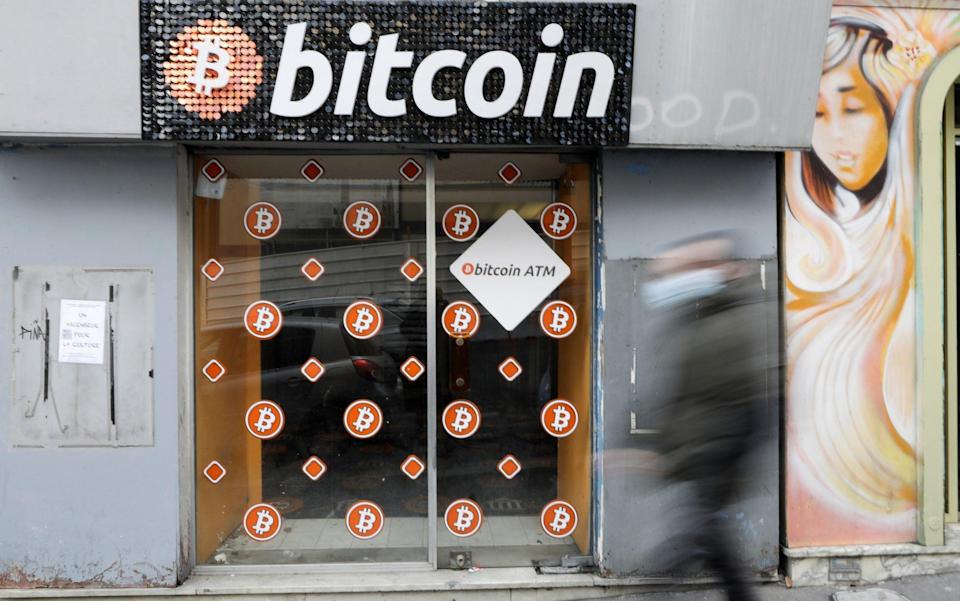 08:36 AMGlencore takes over coal mine from BHP and Anglo American

Glencore Plc will buy out two rivals in a giant Colombian coal mine, expanding its production of the most-polluting fuel as prices soar, despite continued global efforts to reduce usage.

Bloomberg has the details:

In what’s likely to be the final deal announced by outgoing Chief Executive Officer Ivan Glasenberg, Glencore agreed to buy stakes owned by BHP Group and Anglo American Plc in the Cerrejon thermal coal mine for about $588m, subject to purchase price adjustments.

The sale completes Anglo’s retreat from thermal coal and extends similar efforts by BHP, amid investor pressure. However, Glencore has committed to run its coal mines for another 30 years, potentially allowing it to profit as rivals retreat. It’s already the biggest shipper of the fuel, and gaining full control of Cerrejon gives the company even more exposure just as prices trade at the highest level in years, buoyed by strong demand as the global economy rebounds.

As Anglo and BHP looked to sell, Glencore was always seen as the most likely buyer for the mine. The joint-venture agreement contains multiple change-of-ownership caveats that made it difficult for new partners to buy in.

Under Glasenberg, a former coal trader, the company has been a staunch defender of the fuel, saying it’s essential to providing affordable and reliable power in developing countries. Glencore also said it’s the best positioned to responsibly manage their decline. Glasenberg is set to be succeeded as CEO by Gary Nagle, who previously ran the company’s coal business, at the end of this month. 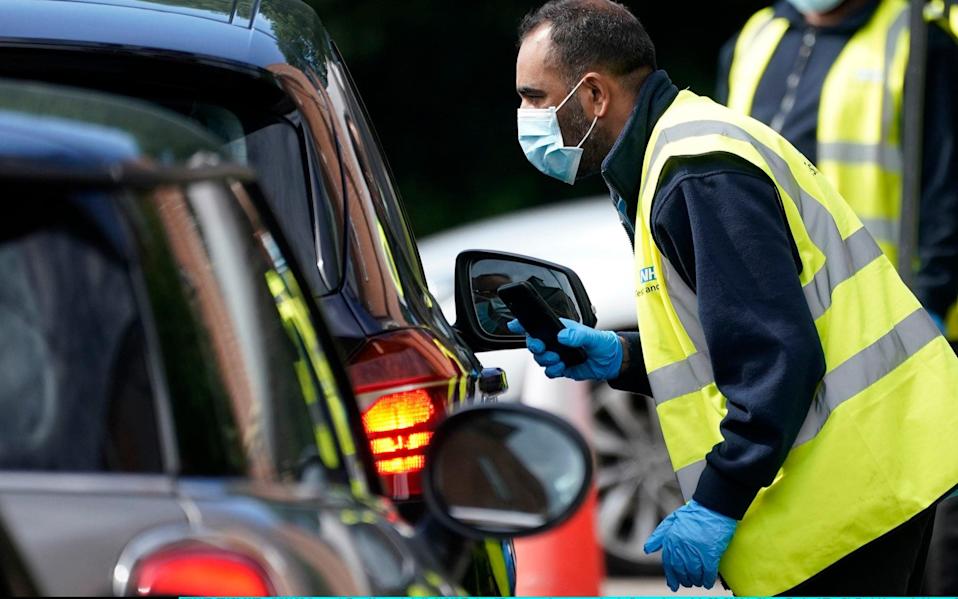 Outsourcing giant Serco has won a new £300m contract with the Department of Health and Social Care (DHSC) to run coronavirus testing sites for another year.

The company said today they signed a new deal with to operate regional, local and mobile testing centres in England and Northern Ireland following a tendering process.

The value of the new 12-month contract, with the option of a six-month extension, could be worth up to £322m but could also change significantly due to its flexibility to levels of demand in coming months, Serco added.

It means the company will continue operating around 20pc of sites across England and Northern Ireland, including drive-through and walk-in test centres, alongside mobile sites.

Serco chief executive Rupert Soames said: "We are proud of the part we have played in building and operating the UK's highly successful Covid-19 testing infrastructure.

"From a standing start in March 2020, NHS Test & Trace has grown a network of regional, local and mobile sites which have delivered over 18.5 million individual tests, an average of 51,000 tests a day.

"We are delighted that the DHSC has selected us to continue to support them in providing these services for at least the next 12 months."

European banks have tumbled down the world rankings following a bruising encounter with the pandemic, as Chinese lenders continue to rise, reports Ben Woods.

HSBC is the only European lender to make the world’s top 10 banks, in a year when the Covid crisis hammered profits across the industry.

Europe’s biggest bank rose one position to 8th place after recording a 8pc rise in tier one capital to $160.2bn (£115.4bn), according to data from The Banker.

[…] Barclays rose one place to 27th, Lloyds Banking Group remained in 42nd, while Natwest fell two places to 43rd and Standard Chartered dropped five positions to 48th, according to the rankings. 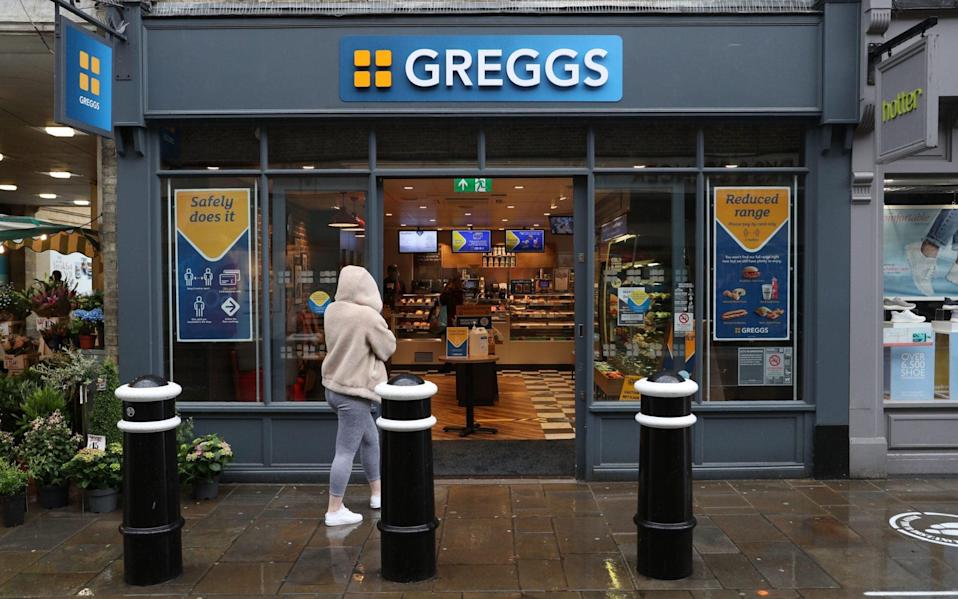 A customer enters a branch of Greggs in Winchester, Hampshire – Andrew Matthews /PA

Greggs shares have lifted 1pc this morning, after the high street bakery giant revealed sales were surging faster than expected and the reopening of cafes and restaurants did not dent Britons' enthusiasm for the chain's sausage rolls and steak bakes.

The company said: "We had expected to see increased competition as cafes and restaurants were allowed to compete more effectively with our largely take-out offer.

"In recent weeks the impact of pent-up demand for retail has reduced but, nonetheless, like-for-like sales growth in company-managed shops has remained in positive territory ranging between 1pc and 3pc when measured against the same period in 2019.

"This level of sustained sales recovery is stronger than we had anticipated and, if it were to continue, would have a materially positive impact on the expected financial result for the year."

The chain first indicated in May that it could return to pre-pandemic profit levels later this year.

Airline stocks are falling as they react to reports that Germany and France are pushing for blanket quarantine restrictions to be imposed on British tourists entering the EU.

British Airways owner IAG, Wizz Air, Ryanair Holdings and Easyjet fell between 0.9pc and 1.8pc after German Chancellor Angela Merkel, who has been calling for stricter restrictions for both vaccinated and unvaccinated Britons entering the EU to prevent the spread of the delta coronavirus variant which is dominant in the UK, won the backing of her French counterpart Emmanuel Macron.

EU health officials predicted last week that the delta variant will make up 90 per cent of all cases across the bloc by the end of August. 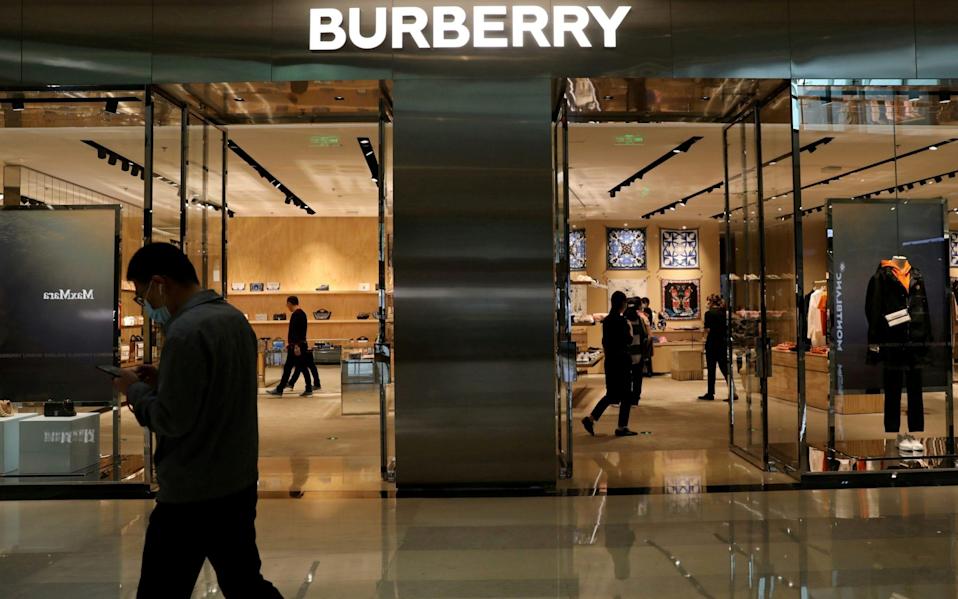 Burberry shares are dragging down the FTSE 100 index this morning, which is down 14 points or 0.2pc.

The fashion brand has tumbled 6pc today, after the company's chief executive Marco Gobbetti announced he was leaving to take the top job at Italian luxury goods maker Salvatore Ferragamo.

During his time at the luxury fashion brand, Gobbetti has attempted to push more full price items and rely less on discounts and sales.

He also led a strategy to target richer, young customers.

Burberry said the board will now begin the search for a successor, with Gobbetti staying in post until the end of the year to enable an orderly transition.

Bitcoin has risen overnight to above $34,700, despite a ban on one of the world’s largest Bitcoin exchanges from operating in Britain.

The Financial Conduct Authority ordered Binance Markets Limited to remove all advertising and financial promotions by Wednesday and told the firm it must not carry out any regulated activities in Britain without prior consent.

However the cryptocurrency shrugged off the news to rise 6.6pc this morning, approaching $35,000.

The broad crypto space also gained, with the market cap of the ecosystem up about 8pc to $1.43 trillion, according to CoinGecko pricing.

“We’re seeing the $30,000 level on Bitcoin being defended quite well with a number of tests at that level over the past month,” Vijay Ayyar, head of Asia-Pacific at crypto exchange Luno Pte told Bloomberg.

“We saw a lot of downward pressure on prices being defended, so this looks quite bullish at this point.”

The FTSE 100 index has dropped 0.27pc or 18 points on opening, following a cautious session on Asia's main markets.

Good morning. The FTSE is set to open flat after Asian markets made a cautious start to the week.

5 things to start your day

1) Bitcoin exchange Binance banned from UK as crypto frauds double: The City watchdog has ordered the company to remove all advertising and financial promotions by Wednesday

2) Cabinet split over bid to protect British steel makers from imports: Liz Truss and Kwasi Kwarteng are at loggerheads over retaining industry safeguards

3) Bin day to get more complicated to curb CO2 emissions: Householders will have to spend more time sorting out food waste in attempt to improve recycling rates

4) Farmyard lozenge ‘can ease allergies’: Allergy Therapeutics is beginning UK trials of an over-the-counter supplement that it claims helps calm the immune system

5) Dozens of ‘cowboy’ Covid testing labs on approved providers list: Test providers currently do not need to be accredited to operate, but they must make a written application

Asian shares started the week in a cautious mood on Monday, as a spike in coronavirus cases across the region over the weekend hurt investor sentiment while oil hovered around 2-1/2 year highs.

MSCI's broadest index of Asia-Pacific shares outside Japan was last a shade weaker at 702.57. Japan's Nikkei slipped 0.2pc, with South Korea's benchmark KOSPI down about the same amount.

Investors were concerned about a spike in coronavirus infections in Asia, with Australia's most populous city of Sydney plunging into a lockdown after a cluster of cases involving the highly contagious Delta strain ballooned.

Indonesia is battling record high cases while a lockdown in Malaysia is set to be extended. Thailand too announced new restrictions in Bangkok and other provinces.

Chinese shares were a touch higher with the CSI300 index up 0.2pc.