Bitcoin prices have crashed from the euphoric highs of 2021, and some on the Street think it's weighing on Tesla's stock seeing as it got into the market for the crypto in February.

"It [bitcoin] has been quite a bit of a distraction given the size of the company [Tesla]. So it really shouldn't be taking too much impact, but there is a lot of news with the company — I imagine it is creating some volatility for sure," Wells Fargo auto and mobility analyst Colin Langan said on Yahoo Finance Live.

It's hard to argue the hypothesis.

Tesla shares have plunged 27% since the automaker disclosed on Feb. 8 it had purchased $1.5 billion in bitcoin to be held on its balance sheet.

Bitcoin prices have sold off by 16% to $32,000 going back to Tesla's announcement. From the record highs of more than $63,000 hit in mid-April (in part fueled by Tesla's bitcoin appetite), bitcoin has shed nearly 50% as regulators in China crack down on mining in the country. Negative tweets on the environmental impact of bitcoin mining from Tesla CEO Elon Musk haven't helped bitcoin prices, either. 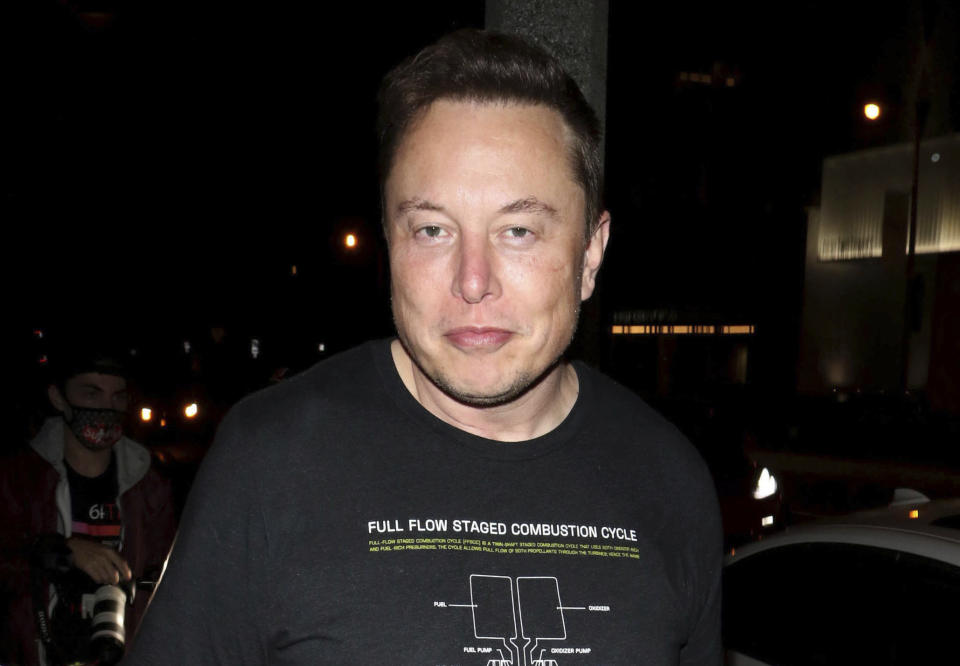 Musk clarified in mid-May that Tesla hadn't sold any of its bitcoin holdings in the face of such concerns. Despite the assurance from crypto influencer Musk, bitcoin prices have continued to trade with a downward bias given global regulatory concerns.

Unless Tesla discloses on its second quarter earnings release in coming weeks it sold off all its bitcoin (thereby breaking the correlation between Tesla's stock and bitcoin), its stock could stay under pressure amid a muted outlook for the crypto's price.

J.P. Morgan strategist and bitcoin expert Nikolaos Panigirtzoglou argued recently that medium-term fair value for bitcoin is in the $24,000 to $36,000 range.

The analyst thinks the crash in bitcoin off the record highs has badly weakened institutional demand, which is likely to keep prices contained in the near-term.