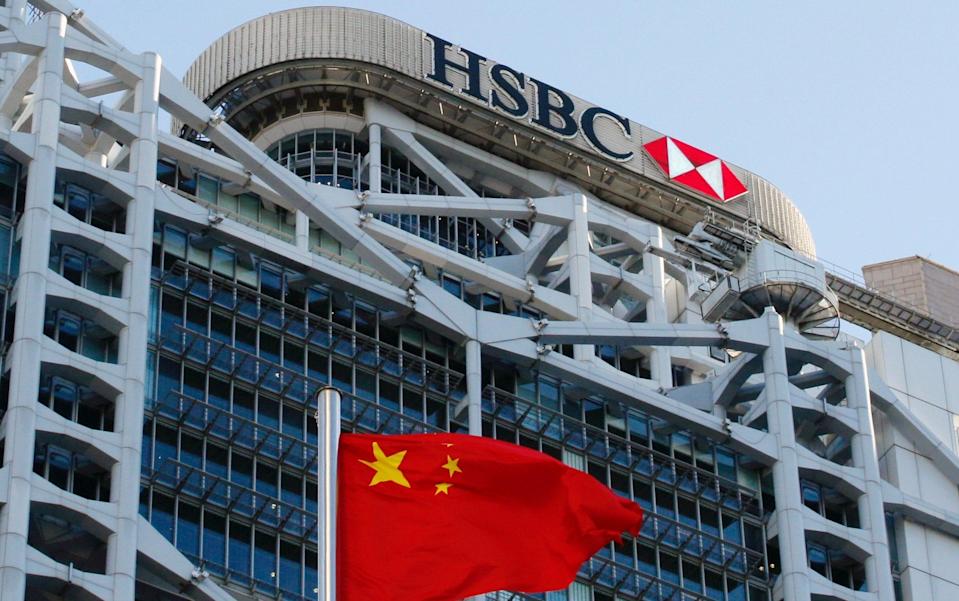 Joe Biden is to take new steps to isolate American companies operating in Hong Kong, sparking fresh concerns for HSBC as it turns its focus on Communist China.

The White House will this week warn US firms of the growing risks of operating in the region as Beijing asserts greater control over the financial hub, the Financial Times reported.

Analysts said such a move could hamper HSBC’s ability to serve customers in the US and in Hong Kong. The lender’s most profitable region is Asia and it is headquartered in London, but it also has a regulated bank in the US.

The warning comes as HSBC sharpens its focus on the Far East, despite a recent crackdown by Beijing on pro-democracy campaigners in the region.

Gary Greenwood, a banking analyst at Shore Capital, said HSBC’s business model of trying to operate in the West and in Hong Kong was “looking more difficult” due to the deteriorating political landscape.

He added: “One of the things HSBC pushes as its key point of difference is its international reach and its ability to service companies cross-border.

The US President is expected to warn businesses that the Chinese government can gain access to data that foreign companies store in Hong Kong.

He will also issue a warning about a new law that means Beijing can target individuals and organisations involved in implementing foreign sanctions with countermeasures including asset seizures, the FT reported.

HSBC has increasingly pivoted its focus towards Hong Kong and last month handed a major promotion to the banker who led its support for a controversial security crackdown in the financial hub.

In April, it also moved a raft of top executives from London to the former British territory to bolster its operations in the Far East.

Mr Greenwood added that, in his view, HSBC would be broken up in the coming years due to the political turmoil in Hong Kong.

“The push in that direction will ultimately come from the political situation damaging the internationalisation benefits that the group gets. If you start to erode that, then there’s no point being an international business anymore,” he said.

However, he added that any breakup was unlikely to happen under the current management team.