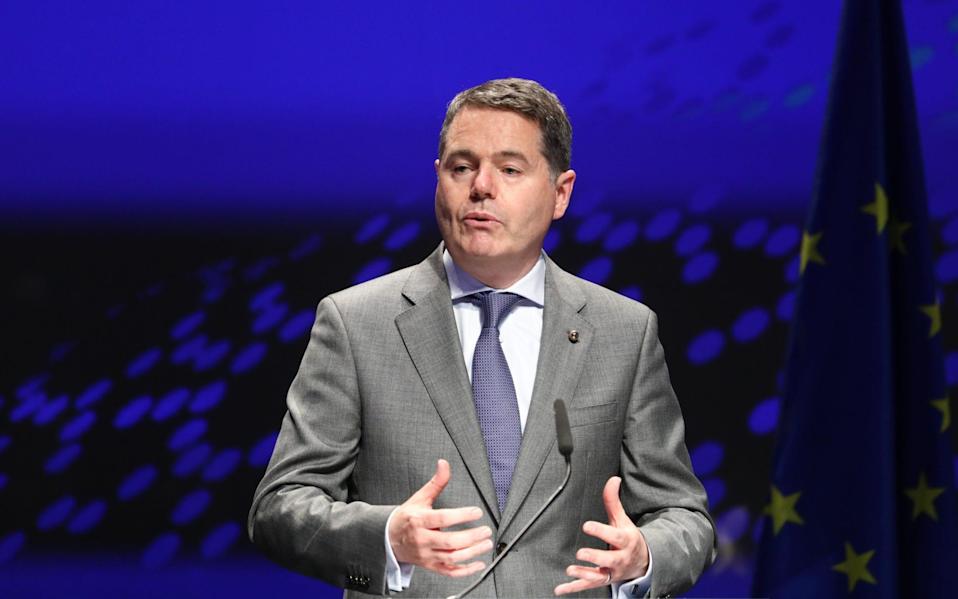 Joe Biden's campaign for a minimum global corporation tax rate could hammer the economy in his family's ancestral home of Ireland and force the country to to hike taxes on its own citizens, experts have warned.

Ireland will be among the hardest-hit nations after the G7 signed up to a minimum rate of at least 15pc in a bid to crack down on tax avoidance by major tech firms, according to economists and politicians in the country.

The plans risk damaging President Biden's standing in the country, after he trumpeted his Irish roots during the election campaign.

Jim Power, one of Ireland’s best-known economists, said the government will be forced to address a hole in its public finances if the G7 proposals win worldwide support. The republic has attracted a host of major companies such as Google, Apple and Facebook with its 12.5pc tax rate.

Mr Power said: “They will have to broaden the tax base here. Last week we saw some moves to try and broaden the property taxation base, for example. I think they are going to have to try and introduce changes to inheritance taxes, wealth taxes and so on.

“Regardless of what happens on the corporation tax front, Ireland needs to broaden the tax base anyway, because we were collecting our taxes from too narrow a base in the economy.”

Ireland’s finance minister, Paschal Donohoe, is braced for a €2bn hit when the agreement comes into force and has already vowed to raise Ireland’s equivalent of council tax for a third of homeowners from next year.

Fine Gael politician Neale Richmond, a member of the Irish Dail, said that he is “not going to pretend we’re happy” about the G7 agreement.

He said: “A minimum 15pc tax rate is grand for countries who already charge much higher corporation tax rates but if that is going to become the global norm, you have to take into account smaller economies and the challenges they face, and also ensure that countries are actually properly applying theirs – that’s something that we've always been discussing internally with the European Union as well.

“It presents a huge challenge and it’s something we're very aware of. When you are a small jurisdiction, you have to be competitive – we just don’t have an economy of the scale of somewhere like France and Germany, so we always have to work slightly differently. We are very alive to it, any possible change would have an impact.”

As well as setting a minimum rate the agreement also targets tech firms which avoid tax by booking billions of pounds-worth of revenues in some countries while based in low-tax headquarters.

There will be further talks about the deal on June 30 at an online meeting of the 139 countries negotiating the new rules under the aegis of Organisation for Economic Cooperation and Development in Paris, before a G20 summit in July.

Ireland has committed to keep its 12.5pc rate regardless of any final international agreement. Switzerland, whose low-tax canton of Zug hosts 35,000 companies and was labelled a tax haven by Mr Biden in April, said it would “take the necessary measures to continue to be a highly attractive business location”.

US tech stocks largely shrugged off the G7 agreement. Ian Williams, a research analyst at stockbroker Peel Hunt, said: “The immediate market implications are likely to be minimal. The details, including agreement from numerous smaller countries, require plenty of work.”

Reports suggested Amazon, which has profit margins of below 10pc, could avoid part of the new framework on taxing firms where they generate revenues as the deal applies to profits above a 10pc margin for the biggest companies.

But Treasury Secretary Janet Yellen has said Amazon and Facebook would qualify “by almost any definition”.

Chris Sanger, head of tax at consultant at EY, said: “There is going to be a lot more discussion over what companies get included in the reallocation, and it may be that governments decide that there is not just a profit percentage threshold but a size threshold applies as well.”