Bed Bath & Beyond or GameStop: Which Is the Better Long-Term Buy?

Bed Bath & Beyond (NASDAQ:BBBY) and GameStop (NYSE:GME) are two of the most popular meme stocks of 2021. Barron’s published an article on June 7 suggesting BBBY stock was one of the more popular memes. 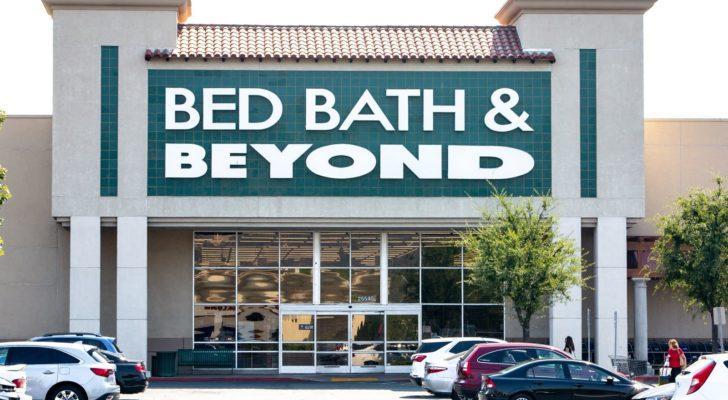 Flash forward 8 days and the home furnishings retailer doesn’t even make WallStreetBets top 10-list of most-discussed stocks. However, GameStop does.

It occurred to me that these two struggling retailers have a lot in common. Of the two, there is no question which one I would recommend readers buy for the long haul.

I think it’s safe to say now that BBBY Chief Executive Officer (CEO) Mark Tritton’s been in the role for 19 months, the former chief merchandising officer (CMO) at Target (NYSE:TGT) is taking a page out of his former company’s playbook.

The question is whether he’ll ultimately be successful. Once Covid-19 passes and retail gets back to more brick-and-mortar and less online, will BBBY have what it takes to stand out in a crowd.

Tritton has made many management changes bringing in people he feels more comfortable leaning on during its long-term transformation. Within weeks of starting as CEO, RetailDive reported he had pushed out six senior executives, including the retailer’s existing CMO, chief marketing officer, chief digital officer (CDO), chief legal officer and general counsel, chief administrative officer, and chief brand officer (CBO).

Out with the old, in with the new.

In March 2020, Tritton hired Joe Hartsig as executive vice president and CMO. Hartsig came to BBBY from Walgreens (NASDAQ:WBA), where he was also CMO. Hartsig is also president of Harmon Stores, the company’s chain of cosmetics, health and beauty stores.

Two months later, Bed Bath & Beyond hired Cindy Davis as executive vice president and CBO. Davis came to BBBY from L Brands (NYSE:L), where she was its CDO.

There were other key hires that I won’t get into. Suffice to say, Tritton’s changed personnel in a big way.

Other important moves include selling off a bunch of its real estate for net proceeds of approximately $250 million. Then, it used those proceeds to take BBBY to the next level.

A Time to Spend Wisely

In February 2020, Tritton laid out a $1 billion capital allocation plan to revive Bed Bath & Beyond’s sagging reputation. Included in the plan were $400 million in-store renovations and technology and digital investments; the other $600 million went to debt repayment and share repurchases.

Capital allocation is the secret sauce that defines a CEO’s success. Get it right, and you’re a god. Get it wrong, and you’re out on your keister.

Tritton worked for Cornell for almost three-and-a-half years. BBBY stock shareholders can only hope some of that brilliance rubbed off.

In early June, BBBY stock announced that it would launch three new brands in mid-July: Our Table, Wild Sage, and Squared Away. That’s six brands launched in five months, ahead of schedule. It wants to have eight available by February. ]

“The upcoming launches of Our Table, Wild Sage and Squared Away will be important new enablers as part of our broader room resets that help elevate our overall customer experience, particularly in these important destination categories,” RetailDive reported CMO Joe Hartsig saying.

Within three years, it wants to generate 30% of its sales from private label brands. Look out, Target.

I recently recommended that investors interested in GameStop should consider Williams-Sonoma (NYSE:WSM) instead. This is because it’s been doing e-commerce the right way, well before the so-called GameStop savior, Ryan Cohen got into the e-commerce business with Chewy (NYSE:CHWY).

Leading a division or country is much different than being CEO of an entire company. Under the bright lights of the markets and the general impatience of investors, it won’t be easy for Furlong.

So, right now, investors are buying into a “just trust me” relationship.

Sure, the fact it’s eliminated all but $48 million in debt while boosting cash on the balance sheet to $707 million at the end of the latest quarter is certainly impressive; GameStop’s going to quickly burn through this cash to become the Amazon of gaming.

Until more details are revealed about its transformational plan, I’m not sure why anyone would want to invest in this business. The unknowns at this point are too great.

Once Cohen reveals his plans, I’ll be more than willing to reconsider my take on GameStop. Until then, Bed Bath & Beyond has a more investable plan, in my opinion.

What both stocks have in common is that they remain speculative bets. Govern yourself accordingly.

The post Bed Bath & Beyond or GameStop: Which Is the Better Long-Term Buy? appeared first on InvestorPlace.