This journalist remembers chatting on a number of occasions with Mark Tritton when he was the whiz kid behind Target's merchandising revival from 2016 to 2019.

Tritton — serving as Target's chief merchandising officer — was level-headed, decisive, creatively-focused and believed he could bring the cheap chic cool factor back to the discount retailer. He achieved his mission (Tritton remains a big reason why it's fun to shop at Target), and Target's bottom line continues to benefit from it to this day.

So I haven't been surprised to see Tritton run that same operational playbook since arriving as Bed Bath & Beyond's CEO (his first CEO job) in late 2019 to essentially save the home goods retailer from ruin.

Tritton quickly canned most of the terrible, long-tenured, under performing management team. He wasted no time to sell off non-core assets to raise a boatload of cash to fund a turnaround. He laid out long-term financial targets to Wall Street, and is delivering on them in a very volatile retail backdrop. Meanwhile, he is aggressively remodeling stores and totally overhauling the merchandise in them in a bid to regain customer loyalty.

Over time, Bed Bath & Beyond shareholders will likely be rewarded for these careful, well thought out efforts. Up to this point they have been: Bed Bath's stock has surged 155% since Tritton was named CEO on October 9, 2019. Worth noting, shares of Tritton's former employer Target are up 104% over that timespan.

Having said all of that, it's really no surprise I found Tritton keeping things in perspective at about 12:30 p.m. on June 2, 2021 in an interview on Yahoo Finance Live. Tritton stepped to the mic (remotely, still) as his stock price was up more than 40%, swept up once again into the meme stock mania being churned up by an army of retail traders.

"I think today's activities are just a day in time. It doesn't affect us operationally. We are focused and ready," Tritton said. "Regardless of the stock movement our role is to create sequential growth and strength at both the balance sheet and in growth ratios. We believe we have been doing that." 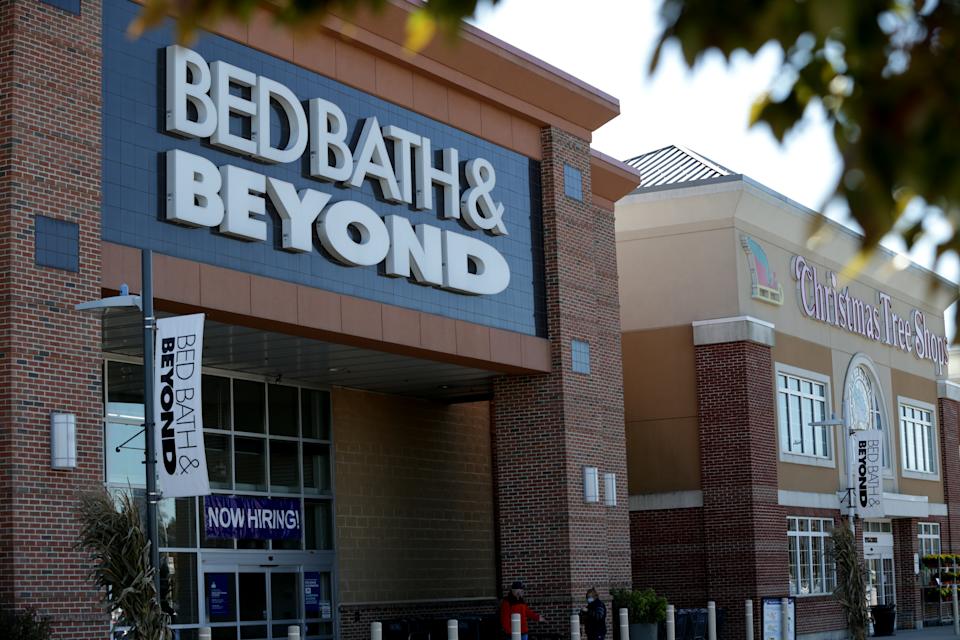 After I mentioned Bed Bath & Beyond stock was up another 10%, Tritton still kept it cool. There was no mention of selling new shares and no boisterous claims on the future of the business. There was just a dose of realism probably in the hopes of maintaining a strong base of longer term investors rather than quick flip day traders.

"I can honestly say this is not distracting. We believe in the plan," Tritton added.

That could be defined as leadership — staying true to a vision even if something otherwise insane is grabbing all of today's headlines.

The opposite of Tritton arguably is the CEO of another meme crowd favorite, AMC Entertainment. AMC CEO Adam Aron is seemingly leaving no stone unturned to boost the stock price (from frequent super bullish tweets to a new program to give free popcorn and screenings to retail investors), even if it means retail investors will eventually get the shaft.

AMC shares crashed 31% Thursday after a nearly 100% surge on Wednesday. The stock's pullback follows a disclosure by the Aron-led AMC that it will issue 11.5 million new shares — as it looks to capitalize on the stock's latest surge — to raise money to fund various corporate initiatives.

The stock was sent back into overdrive on Tuesday, as the company — which like other meme names has weak fundamentals for a myriad of reasons — unveiled an 8.5 million share sale. The company fetched $230.5 million in the sale to investor Mudrick Capital (which then reportedly sold the stake, saying the stock was overvalued).

Aron has raised more than a $1 billion through share sales since December 2020.

Despite the hype being created in large part by Aron, AMC remains a fundamentally weak business with an uncertain path forward post-pandemic. In effect, the CEO has caused the stock to become completely detached from any form of longer term fundamental reality.

Aron may be leading investors right into a ditch. Tritton not so much.