Blackberry (NYSE:BB) could become a bargain stock this year if the company keeps producing large amounts of free cash flow (FCF). Even though BB stock has skyrocketed in the past month, I estimate it could be worth 32% more. That puts its value at $20.91 per share. 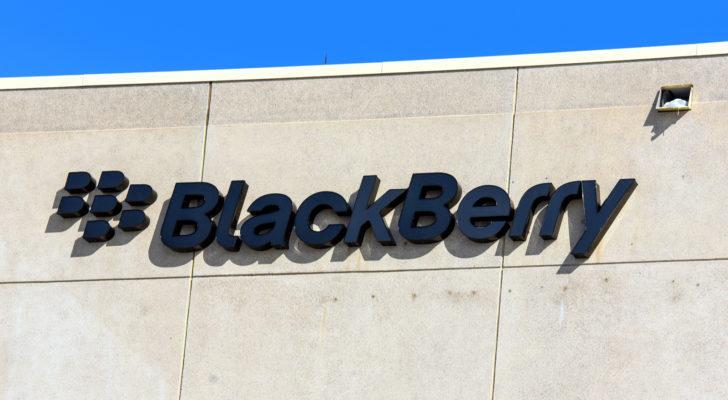 Image of the BlackBerry logo on the side of a building.

This is based on its FCF generation. Last year the company made $82 million in cash flow from operations (CFFO). This can be seen on page 7 of its recent earnings report. After deducting the $8 million in capital expenses (capex) during the year ending Feb 2021, its FCF was $74 million. That works out to a FCF margin of 8.28% of its $893 million in sales during the year.

However, looking more closely at what happened last year I decided to revise my model. For example, Seeking Alpha shows that during its fourth quarter, Blackberry generated $52 million in CFFO and spent $3 million on capex.

Assuming this high FCF margin maintains this rate, we can estimate Blackberry’s value. For example, analysts estimate that by Feb 2023, about 1.5 years from now, sales will hit $958 million. So using a 23.33% FCF margin, Blackberry will produce $223.5 million in FCF that year.

Most high-tech stocks trade at an FCF yield of between 1% to 3%. This is calculated by dividing the free cash flow estimates by its yield number.

Obviously, a lot of this depends on the FCF margin estimate, the discount rate, and the FCF yield for the final valuation estimate. Changes in any of these factors can change the future value estimate. But this is our best guess at the present time, based on the company’s stellar Q4 performance in producing huge FCF margins.

What To Do With BB Stock

Analysts tend to not agree with me. For example, 3 analysts surveyed by TipRanks.com estimate that BB stock’s 12-month price target is $9.00. This implies a huge 43% drop from today’s price.

That is way below my price target of $20.91 per share based on the company’s estimated FCF margins.

Moreover, Seeking Alpha has a survey of 8 analysts who estimate its value at $8.00 per share, even lower than the TipRanks.com price target.

Something is really off here. Analysts are either way off, or the market of investors that have pushed the stock up 72% in the past month know something that analysts don’t. Recently a cynical short seller, Robert Chapman, implied to CNBC that obviously, the market is wrong.

Not so fast. I have just put forward a model for BB stock that justifies its huge gain this past month and even shows that it is still undervalued by 32%.

On the date of publication, Mark R. Hake did not hold a position in any security mentioned in the article. The opinions expressed in this article are those of the writer, subject to the InvestorPlace.com Publishing Guidelines.

Mark Hake writes about personal finance on mrhake.medium.com and runs the Total Yield Value Guide which you can review here.