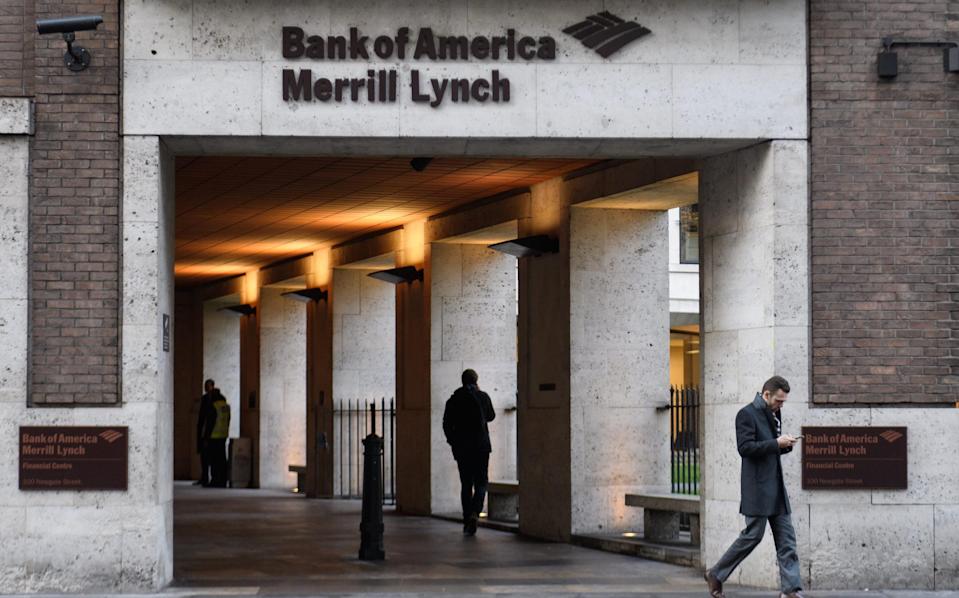 Bank of America has become the latest Wall Street bank to bar unvaccinated staff from the office, telling UK workers they can return in two weeks but only if they have had at least one Covid jab.

The US banking giant is preparing to let more of its 6,500 UK workers return to their desks from July 19, the day all remaining Covid restrictions are due to end, but on a vaccine-only basis.

The move, which was first reported by the Mail on Sunday, comes after the bank’s rival Morgan Stanley barred all staff and clients who were not fully vaccinated from its New York ­headquarters.

Bank of America expects to have every­one back in its UK office by ­September. The hundreds of people returning later this month will be expected to report their vaccine status, complete return-to-office training and fill out a daily health questionnaire.

In stark contrast to European banks, which have taken a more relaxed approach to the return to work, Wall Street lenders have been urging workers to get back to their desks and report their vaccination status as restrictions ease.

Morgan Stanley’s chief executive James Gorman told bankers last month that if they are happy going to restaurants, then they can return to the office, adding: “If you want to get paid New York rates, you work in New York”.

Goldman Sachs’s US workforce is already back full time following repeated arguments by chief executive David Solomon that working from home will not become permanent after the pandemic.

Goldman and rival JP Morgan, America’s biggest bank, are among those to have made it mandatory for staff to report whether they have had their Covid jab.

Top executives such as JP Morgan chief Jamie Dimon have been personally encouraging staff to get vaccinated. Global banks have taken an active role in trying to encourage workers to get vaccinated, in some countries offering perks such as extra days off in an attempt to encourage more people to get jabbed in areas with low take-up.

Although British lenders have not yet taken the same stance as their US peers, other UK companies have made it clear that staff will not be welcomed back unless they are vaccinated.

Pimlico Plumbers introduced a “no jab, no job” policy earlier this year for its 400 workers, while Harry Potter publisher Bloomsbury last month made the vaccines compulsory for anyone returning to the office. The Government has also made it compulsory for care home workers in England to be vaccinated.