It’s been almost two months since AT&T (NYSE:T) announced it was spinning off WarnerMedia and merging it with Discovery (NASDAQ:DISCA, NASDAQ:DISCK), the owners of such networks as HGTV and the Food Network. 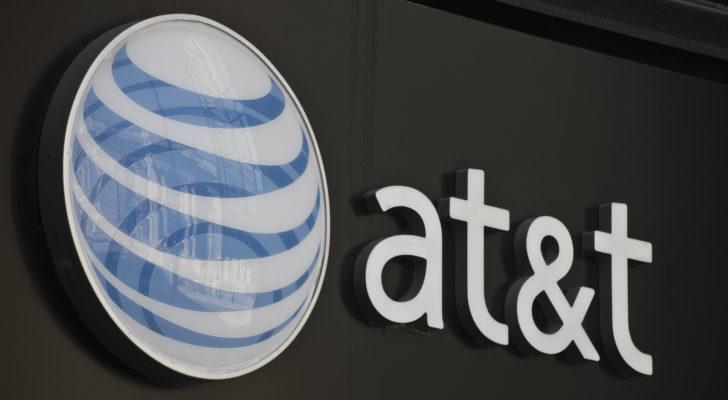 Image of AT&T (T) logo on a gray storefront

Right in the press release, it justified its dividend cut, which will see the quarterly payment drop by half once the transaction closes in mid-2022.

“Attractive dividend – resized to account for the distribution of WarnerMedia to AT&T shareholders. After close and subject to AT&T Board approval, AT&T expects an annual dividend payout ratio of 40% to 43% on anticipated free cash flow of $20 billion plus,” AT&T’s May 17 press release stated.

So, not only does the company want to irritate its long-time shareholders by cutting its dividend in half, it’s justifying the move by suggesting the shares issued in the merged entity offset the cut.

Let’s take a look at this assumption. By the end, I’m confident you’ll agree with me that AT&T is doing its best to annoy its loyal shareholders, not once, not twice, but three times.

In 2020, AT&T paid out almost $15 billion in dividends. That’s based on weighted-average shares outstanding of 7.18 billion and $2.08 in annualized payments.

“[T]he company doesn’t expect to reset the current dividend until after the proposed WarnerMedia-Discovery transaction is approved and closed. However, after close of the transaction, he expects that the resized dividend will continue to deliver a very attractive yield in the 95th percentile of dividend yielding stocks,” stated the June 15 press release from the company.

So, in essence, he’s saying that income investors ought to be thrilled with the new and improved payout. That’s like a restaurant known for the highest quality of steaks changing its meat offering to hamburger. You’ll like it because we say so.

AT&T’s Chief Executive Officer, John Stankey, basically defended its high dividend yield in March and April. To now boast that it will still be the cream of the crop when it comes to dividend-paying stocks is, as Jim Cramer portrayed it, an insult to its long-time shareholders.

As you know, AT&T shareholders will own 71% of the merged media entity, with Discovery shareholders owning the rest. The estimated enterprise value of the new company is approximately $130 billion.

The AT&T shareholder is giving up 89 cents in annual dividends. That’s about eight years of a lower dividend to equal what it’s getting from the spinoff.

Here Are Some Considerations on T Stock

The part that I’m focused on is that it paid $79.4 billion for Time Warner’s equity. So once the Discovery merger is completed, AT&T shareholders will be holding $51 billion in equity of the new company.

From where I sit, Discovery currently has a market capitalization of $14 billion. Based on 29% of $72 billion in equity [$130 billion EV less $58 billion in debt], Discovery shares are getting a 50% bump in the value of their equity.

However, I haven’t been able to reconcile how much of the $43 billion AT&T is supposed to receive from WarnerMedia is actually cash and not debt securities and the assumption of debt.

For sure, we know that the new company will have $58 billion in debt. However, what the 71% ownership stake is ultimately worth is to be determined at some future date.

I’ve seen all kinds of estimates from online pundits. For example, I know that the equity AT&T spent on Time Warner in 2018 is higher than what the equity in WarnerMedia is worth today.

However, if you’re an AT&T shareholder, I would not buy the company’s argument is a better value after this deal. If WarnerMedia were so valuable to the company, it wouldn’t be spinning it off.

So, if you’re going to hang on to your shares hoping 2-1>1, you’re deluding yourself. AT&T has given shareholders a triple punch to the gut.

First, it overpays for WarnerMedia forcing thousands of employees to be axed. Then it comes up with a supposed face-saving spinoff that takes away half of the shareholders’ beloved dividend. Lastly, it tries to sell shareholders on the fact they get two valuable stocks worth considerably more than $28.

That’s pure poppycock, and owners of T stock know it.