Under increasing fire from regulators, cryptocurrency exchange Binance hopes to broaden its revenue base by launching a new marketplace for the trade of digital music, art, and collectibles.

On Saturday, the company’s reputation suffered a blow after a U.K. financial markets regulator banned its local entity, Binance Markets, over concerns the crypto marketplace wasn’t doing enough to prevent money laundering and other financial crimes on its platform.

The crackdown is the latest in an ongoing series of setbacks for the broader crypto universe that has wiped billions off the market value of listed U.S. rival Coinbase and prompted marketplace Kraken to consider postponing its own plans to go public.

Undeterred, Binance is pushing forward with plans to diversify the business. The company will now offer the trade of non-fungible tokens (NFTs), basically any digital asset that is not a virtual currency. The company believes its greater liquidity and lower fees will persuade content creators to choose its exchange as the hub of choice.

“Based on user numbers, our platform will attract millions of potential collectors in the world,” Binance NFT project lead Helen Hai tells Fortune; the new service went live on Thursday. “With a profitable exchange business, we have the luxury to look at what our users need the most.”

Hai, who became a believer in blockchain technology through her ongoing work as head of Binance Charity, argues NFTs lower the barriers to market for creative minds.

“You could quit your job to be an artist, but do you think an art gallery will exhibit it? What commission would they charge, and would you reach consumers thousands of miles away?” she asks. “I see NFTs as the start of a technological renaissance in art.”

In order to encourage artists around the world to put their virtual works up for sale, Binance is creating a kind of digital Etsy where a transaction fee of only 1% will be exacted with the rest going to the creator. Hai says the company plans to work with the local Binance community to select the best candidates.

“If you do not know how, our website provides the technology for non-native crypto artists to mint their art into the blockchain within one minute,” she says.

For the most sought-after creative collaborations, there will be a premier event category where a 10% commission fee will be charged. The first, aptly called Genesis, offers collectors the opportunity to bid on NFTs based on variations of Andy Warhol’s Three Self-Portraits and Salvador Dalí’s Divine Comedy watercolors. 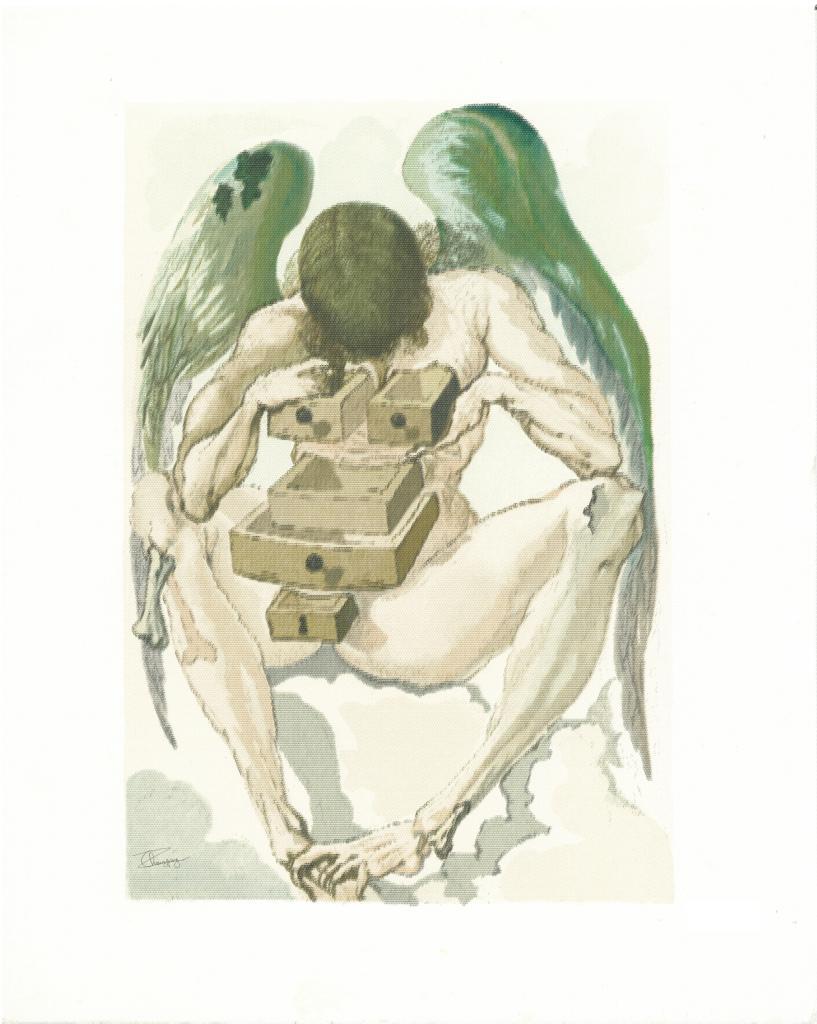 Payment can be settled in Binance’s own proprietary token called BNB, its stablecoin BUSD that is pegged to the dollar, as well as more common cryptocurrencies like Ether.

Ownership of these digital assets can always be tracked and authenticated via immutable entries in a blockchain, a distributed ledger technology.

Hai can’t say how large the potential NFT market is, but expects it to flourish in the long term as her 3-year-old son grows up to meet a future in which, she imagines, he will eventually be “surrounded by digital screens.”

The company, which claims to be the world’s largest crypto platform by trading volume, has attracted controversy of late.

This weekend’s crackdown by the U.K.’s Financial Conduct Authority (FCA) marks the second major Western economy, after the United States, to ban direct operation of a Binance trading unit. U.K. consumers can, however, still legally trade on the unregulated, global platform, though the FCA warns against this.

“A significantly high number of crypto-asset businesses are not meeting required standards under money laundering regulations,” the FCA said in a statement sent to Fortune, adding ominously that investors should be prepared to lose all their money.

Binance also encountered controversy recently owing to the performance of inverse tokens it had sold to speculators. This hedge was meant to give investors the chance to profit, not just from rising crypto prices but from falling ones as well; but the product backfired badly on users.

None of those setbacks appear to be dashing enthusiasm among crypto bulls. Over the weekend, Bitcoin and other cryptocurrencies traded higher.

At the time of her interview with Fortune, Hai said that she had not yet bought an NFT but was nonetheless attracted to the project owing to her own personal conviction that the underlying technology will fundamentally reshape commerce.

“The Internet provided free transfer of information globally, while blockchain offers the free transfer of value. From that perspective, NFTs are a very important feature that achieves that,” she says.

This story was originally featured on Fortune.com