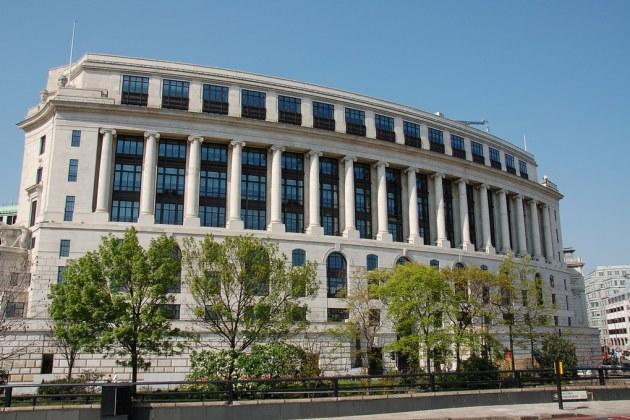 Analysts covering Unilever didn’t hold back their feelings about the group’s 50-billion-pound bid for the consumer health care division of GlaxoSmithKline, which emerged over the weekend, and sent Unilever’s price plummeting on Monday.

On Saturday Unilever confirmed its interest in purchasing the division, a joint venture between GSK and Pfizer which owns brands including Sensodyne toothpaste, Centrum multivitamins and Advil painkillers, arguing there would be synergies galore and room to scale the brands in China, India and the U.S., where Unilever already has a strong presence.

GSK responded quickly, saying it has no interest in Unilever’s bids, and will pursue its plans to spin off the consumer health care division via a sale or a public listing. The British pharma giant has already installed Sir Dave Lewis, the former Unilever executive who later turned the ailing Tesco around, as executive chair designate of the new post-spin-off entity.

As reported on Saturday, GSK confirmed that it has received three unsolicited, conditional and nonbinding proposals from Unilever plc, the latest of which was valued at 50 billion pounds. It has rejected them all.

Unilever isn’t giving up, and on Monday the company reiterated its strategy of focusing on its health, beauty and hygiene categories, which have “higher rates of sustainable market growth, and significant opportunities to drive growth through investment and innovation,” according to the company.

The company said the acquisition of GSK’s consumer arm would also deliver “value and certainty” for the shareholders of GSK and Pfizer.

The markets were not convinced: shares of Unilever closed down nearly 7 percent on Monday at 36.62 pounds. GSK shares surged more than 4 percent to close at 17.09 pounds on the London Stock Exchange.

Analysts made their feelings about a future deal very clear.

Bernstein said the potential deal “doesn’t make sense,” and predicted 10 billion pounds of “value destruction” for Unilever shareholders, assuming that the British giant ends up overpaying for the GSK division.

Bernstein also downgraded Unilever’s shares to “underperform,” with a target price of 35 pounds.

He noted that Unilever would not be a better owner of GSK’s assets as those assets were already “low growth” pre-COVID-19, while Unilever has “limited expertise” in the categories of oral care and over-the-counter drugs. He added that cost synergies would be limited.

“Consumer health is not the high-growth industry some people make it out. At 4 percent industry growth it is better than food, personal care and home care, but there are better options,” said Monteyne, adding that “Unilever, and the industry, also have a bad track record of such large deals.”

Analysts at RBC concurred. Indeed, on Sunday they even wrote a report about the potential deal calling it “Please don’t.”

In a further note published on Monday, RBC’s James Edwardes Jones and Emma Letheren wrote that Unilever is wrong in thinking that GSK’s consumer health care business would be a strong strategic fit.

Indeed, the bank believes there is little overlap between the two British corporates’ vitamin, minerals and supplements businesses, and argues that Unilever would have a hard time taking over-the-counter medicines to the India, China and the U.S.

“Clinical and medical characteristics of the GSK Consumer Health portfolio mean regulation is much more restrictive than for the rest of Unilever’s business,” they wrote. “This makes it much harder to bring brands into new markets.”

RBC added that its overall view on Unilever is that it risks “under-delivering as a result of underinvesting.”

Over the weekend the British press criticized the corporate giant and its chief executive officer Alan Jope, noting the share price is down 4.5 percent since Jope joined and arguing that Unilever has not been as fast as competitors, such as Nestlé, to make acquisitions in high-growth businesses.

The British business press also wondered why Jope wasn’t disposing of the company’s low-growth food businesses. While Unilever has sold off its tea and spreads business, the perception among analysts and shareholders alike is that it needs to move quicker to dispose of underperforming assets, and shift into high gear with hotter product categories such as health, beauty and wellness.

Unilever is well aware of this, and on Monday said it would be expanding its presence “materially” in the health, beauty and hygiene categories, which have “higher rates of sustainable market growth, and significant opportunities to drive growth through investment and innovation.” In a clear bid to reassure the markets, Unilever said it would leverage its “strong presence” in emerging markets to fuel that growth and also pursue the “accelerated divestment” of lower-growth brands and businesses.

“Unilever is committed to strict financial discipline to ensure that acquisitions create value for shareholders. The company benefits from a strong balance sheet and cash generation and remains committed to maintaining an A-band credit rating. Following any acquisition, the company would target a return to current levels of gearing over the short to medium term.”

In the meantime, GSK is sticking to its strategy.

It said the consumer health care business had annual sales of 9.6 billion pounds in 2021, and an “exceptional portfolio of world-class, category-leading brands; global scale with footprint and distribution capability to serve more than 100 markets; strong brand building, innovation and digital capabilities, and offers a unique proposition that combines trusted science with human understanding.”

GSK added that the business is well-positioned to sustainably grow ahead of its categories in the years to come.

“The fundamentals for the 150 billion pounds consumer health care sector are strong, reflecting an increased focus on health and wellness, significant demand from an aging population and emerging middle class, and sizable unmet consumer needs.

“The board of GSK is confident that the Consumer Healthcare business can sustainably deliver annual organic sales growth in the range of 4 to 6 percent (at constant exchange rates) over the medium term,” the company said.