A British flying car company has won the support of American Airlines and Virgin Atlantic in securing one of the largest preorders of aircraft in the nascent “air taxi” industry to date.

Vertical Aerospace said Thursday it has secured preliminary commitments for the purchase of up to 1,000 of its five-seat, electric-powered aircraft from the two major airlines, as well as Avolon, a large aircraft leasing group based in Ireland.

The five-year-old flying taxi company, which is based in Bristol, England, said that in addition to the purchase pledges, American Airlines and Avolon are investing in the startup as part of a planned stock listing through a merger with a special purpose acquisition company (SPAC) later this year.

Broadstone Acquisition, the New York Stock Exchange–listed SPAC acquiring Vertical, was created last year by a group of British investors including Hugh Osmond, an entrepreneur who founded a chain of successful pubs and helped grow the Pizza Express restaurant chain. The deal will value Vertical at $2.2 billion.

Other investors committing money to Vertical as part of the deal include industrial giants Rolls-Royce and Honeywell, as well as Microsoft's venture arm M12. The company is also receiving funding from Berlin startup incubator Rocket Internet and venture capital firm 40 North.

Stephen Fitzpatrick, an entrepreneur best known in the U.K. for founding Ovo Group, the country's second-largest energy retailer, founded Vertical in 2016. He will remain the majority shareholder of the company following its merger with Broadstone.

Vertical joins a clutch of flying car companies rushing to go public this year through SPAC deals as well as announcing preorders and investments from major airlines. In February, Archer Aviation, a Silicon Valley air taxi startup, was acquired by a SPAC and announced preorders and investment from United Airlines. Joby Aviation, another Silicon Valley company working on small, electric-powered vertical takeoff and landing (eVTOL) aircraft, went public through a SPAC later the same month. Joby had acquired the flying taxi arm of ride-hailing giant Uber. Lilium, a Munich-based flying taxi company that plans to have its aircraft powered by innovative electric jets, was acquired by another publicly traded SPAC in March.

The British flying taxi company says that its aircraft, which it calls the VA-X4, will take off and land vertically, be "near silent" in flight, and travel up to 200 miles per hour for up to 100 miles. The company hopes to have its aircraft flying commercial flights by 2024. But that is subject to certification from regulators, a lengthy and stringent process, and timelines for having new kinds of airframes ready for paying passengers often slip by years. 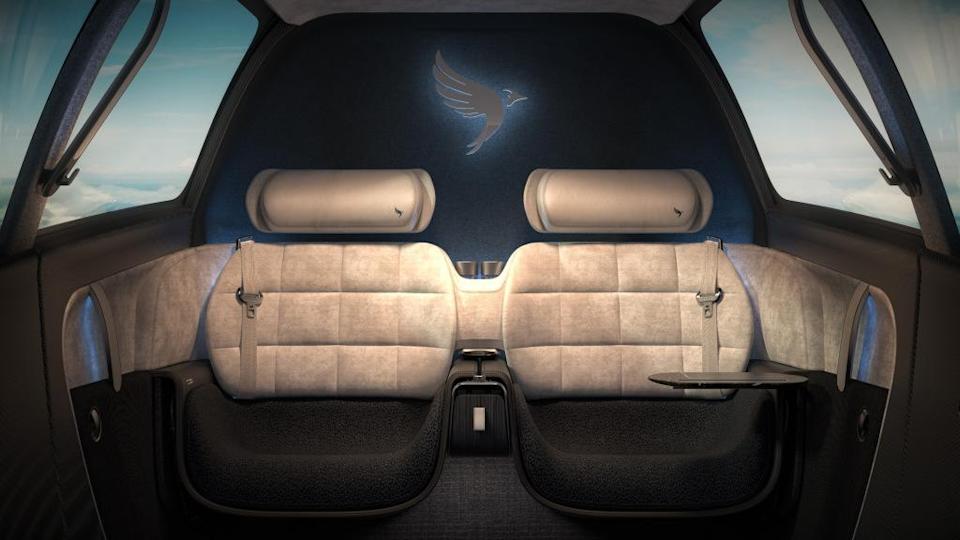 Airlines are viewing such flying taxis as important components in their networks in the future, helping to shuttle passengers to and from hub airports where they will be able to catch longer-haul flights, as well as a possible competitor to road and train travel for shorter journeys to popular destinations, such as the summer weekend migration of bankers from Manhattan to the Hamptons on Long Island. Airlines also hope expertise gained through the small eVTOL aircraft may help them electrify larger passenger planes, something that will be necessary if the sector is to radically reduce its heavy carbon footprint.

"Emerging technologies are critical in the race to reduce carbon emissions, and we are excited to partner with Vertical to develop the next generation of electric aircraft," Derek Kerr, American Airlines’ chief financial officer, said in a statement.

This story was originally featured on Fortune.com