Shares of AMC Entertainment Holdings (AMC) rallied again on Wednesday, with shares nearly doubling in value as investors on Reddit and other social media platforms piled into the meme stock.

AMC's stock rose as much as 127% at session highs to trade at $72.62 per share around 1:15 p.m. ET. The company's market capitalization broke above $30 billion following the rise, bringing it above GameStop's (GME) market value of approximately $20 billion. The swift surge on Wednesday also triggered multiple volatility halts in shares on the New York Stock Exchange.

AMC's share price rally added to a gain of nearly 23% on Tuesday, and the stock was set to close higher for the sixth time in seven sessions. The stock has seen a resurgence as interest among retail investors on the Reddit forum r/wallstreetbets, who have bought shares in the stock en masse to force short-sellers to cover their positions and push the stock still higher. Interest in AMC shares also jumped on Twitter, and the hashtag #AMCARMY trended on the social media platform Wednesday afternoon.

Shares of other so-called meme stocks that have risen in prominence on Reddit this year also gained on Wednesday. Bed Bath & Beyond (BBBY) gained more than 45% intraday, while Naked Brand Group (NAKD) and BlackBerry (BB) were up 17% and 20%, respectively.

AMC also launched a new platform to capitalize on its sizable retail investor base. AMC announced Wednesday it was launching AMC Investors Connect, a program that would allow AMC shareholders who sign up on the company website to receive special offers and company updates. AMC reported that more than 3.2 million individual investors owned a stake in AMC as of mid-March this year, comprising more than 80% ownership of the company. 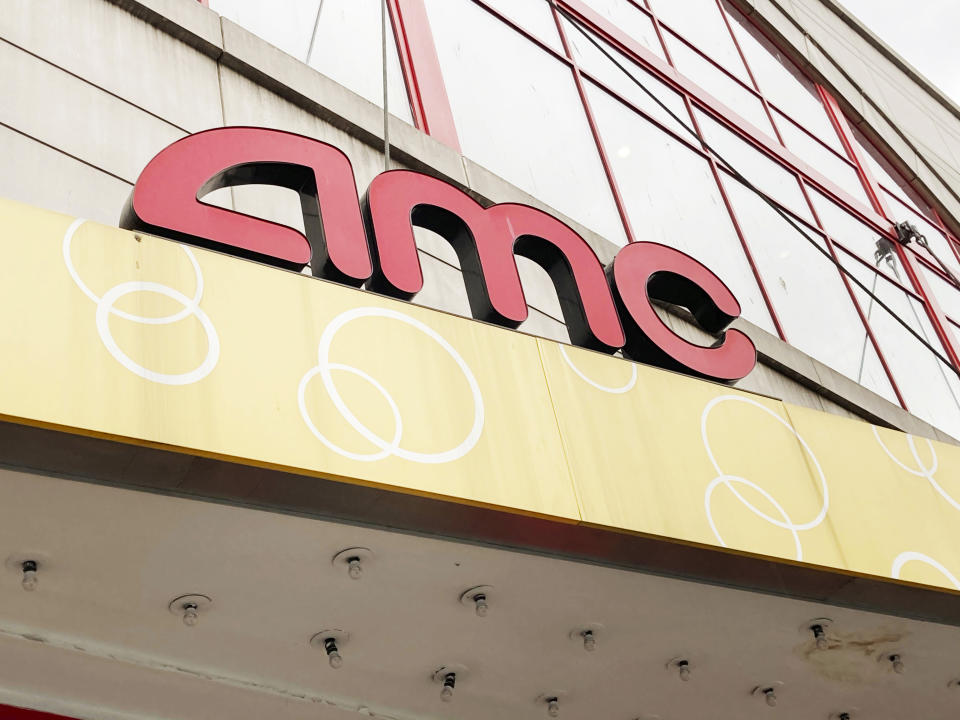 But aside from benefitting from stock forum popularity, AMC shares have also recently seen tailwinds from the broader economic reopening taking place coming out of the pandemic. Other stocks like airlines, cruise lines and hotel companies in the so-called "reopening trade" have also outperformed this year, albeit with less velocity compared to the meme stocks. And AMC as a company is still poised to benefit from greater consumer mobility as social distancing standards ease, some analysts noted.

“Memorial Day weekend box office, we thought, was pretty encouraging,” Macquarie analyst Chad Beynon told Yahoo Finance on Wednesday, citing the debuts of new movies like "A Quiet Place II." “There is still demand for the consumer to go back to the box office.”

"So that was one major positive. The second thing was … AMC was able to free up some additional capital here," he added. "The bonds, some of the 12% bonds are actually trading close to 97 cents on the dollar right now. Back in November, those were trading at 5 cents. So the bonds have rallied, obviously the stock has rallied."

"And then the third big thing that we're all kind of focused on is, this July vote to potentially allow for another 500 million shares, and that would permit AMC to either address the leases, address the conventional debt, or participate in the M&A market," he added, referring to the company's forthcoming annual shareholder meeting.

Still, Wednesday's rally came even as some investors struck a more cautious tone on the company. Hedge fund Mudrick Capital Management reportedly sold its entire stake in AMC and called shares overvalued, according to Bloomberg on Tuesday. The report came the same day that the theater company announced it had sold 8.5 million shares to Mudrick Capital worth $230.5 million, with AMC saying it would use the cash for to invest in part in acquisitions of additional theater leases.