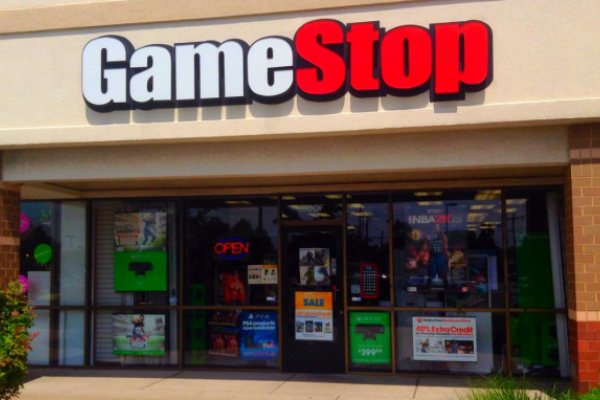 If you’re looking for penny stocks to buy right now, I’m sure you’ve seen plenty of attention placed on social media, namely Reddit. The phenomenon that began earlier in the year thanks to GameStop (NYSE: GME) stock has caused an avalanche of trading activity spilling over into other heavily shorted names. Whether you’re talking about beaten-down meat alternative stocks like Beyond Meat (NASDAQ: BYND) or bankrupt car rental companies like Hertz (OTC: HTZGQ), Redditors are going against the grain and focusing on the “anti-trade” in the market.

This week AMC Theatres (NYSE: AMC) took the leading role among meme stocks. It’s hard to believe that earlier this year, shares were trading around $2 a share. The first big Reddit-fueled move took the broken-down theatre stock to highs of $20.36 before taking an abrupt turn during the weeks to follow. As I’m sure many have already seen, that meme stock has not only managed to recover but surge to new, all-time highs this week. Was there some major development that fundamentally changed the make-up of the company? No, but Redditors have certainly gotten behind AMC stock in a big way.

Hedge funds have long been seen as groups that have “controlled” markets for far too long. That’s the general thought process resonating from retail traders using Reddit and Twitter for their soapboxes. As we approach the mid-point of 2021, a new chapter is being written. It’s no longer a hunt for heavily shorted stocks alone. These same groups of retail traders are finding that the “mob mentality” can dramatically influence markets. Enter penny stocks. Subreddits like r/PennyStocks are gaining thousands of followers per day, looking for the next round of top penny stocks to buy.

If you’re a novice trader or brand new to the stock market in general, there are a few things you’ll need to keep in mind. The first and probably most obvious is that there are massive amounts of risk involved. This isn’t just the typical market risk but, with the hype of Reddit factoring in, you’ve also got other things to consider. Needless to say, being on the right side of a Reddit stock trade isn’t usually a bad thing.

Remember, there are far more things you can use to find top penny stocks. One of these research tools is looking into what analysts are saying. Comments from some top firms, price targets, and research reports seem to have resonated well with retail investors. In this article, we’ll discuss some of the popular penny stocks on Reddit that have also gained interest from some of Wall Street’s top firms covering smaller companies. After seeing what they’ve discussed, it could bring some extra data to add to your diligence process to decide if certain hyped-up stocks are worth the risk.

Ideanomics has seen a surge of interest over the last few weeks on Reddit. Traders are circulating rumblings of interest in electric vehicle penny stocks. If you look at Ideanomics’ model, the company focuses on a diversified entry into the space. It offers everything from electric cars and motorcycles to charging systems and EV agriculture products like tractors. Since May 11th, shares of IDEX stock have climbed by more than 30%.

If analysts at Roth Capital are to be believed, there could be much more upside based on their target. Roth currently has a Buy rating on the penny stock and gave it a $7 target earlier this quarter. Based on the recent $3 level, that would equate to a move of more than 130%. Whether or not the penny stock actually reaches those levels is to be seen. The current 52-week high sits at $5.53, which is also its all-time high.

Coming off of a strong earnings beat this month, retail traders have placed IDEX on their list of penny stocks to watch. According to CEO Alfred Poor, the outlook could be even brighter for the company. On a conference call earlier this month, Poor explained that its WAVE charging product line is being introduced in China with growing interest from seaports, airports, and trucking businesses. Also, the first vehicles under Treeletrik orders in Indonesia will be exported from Malaysia as finished products with deliveries anticipated beginning in Q3 with the Indonesia-based assembly facilities online in “Q4 or early 2022.”

Poor explained that elsewhere, the Treeletrik team is finalizing these new headquarters and showroom in Kuala Lumpur with an August timeline for moving in.

Redditors are also circulating the recent update of Ideanomics acquisition agreement with U.S. Hybrid, which manufactures and supplies fuel cells, drive trains, and components for zero-emission vehicles. In light of the Biden Administration’s stance on carbon neutrality, this could be an interesting development to keep tabs on as the deal materializes.

Shares of Tellurian have also surged this month on the back of the bullish retail trading sentiment. Since May 3rd, shares of TELL stock have climbed by more than 80%. It reached highs this week of $4.13, just 26 cents shy of the 52-week high it set back in January.

Tellurian hasn’t only been one of the Reddit penny stocks to watch. With growing interest in the reopening trade and epicenter stocks, natural gas companies have gained ground. These were some of the hardest hit during the early days of the pandemic, thanks to a drop in travel and commerce. Tellurian stock was actively trading over $7 per share before the pandemic melt-down last year to give you an idea.

If Wolfe Research analysts are to be believed, Tellurian ould be set to return to those levels as well. The company recently boosted its price target from $5 to $7 while maintaining its Outperform rating. Wolfe analyst Sam Margolin highlighted that prospects for Tellurian’s Driftwood liquified natural gas project are “improved” based on a recent jump in global LNG prices. Margolin further explains that the project's "appeal is durable in commodity price environments."

Margolin's comments could be further supported in light of the company’s recent agreement with Gunvor Singapore Pte Ltd. In May, Tellurian signed a 10-year deal with Gunvor for the sale and purchase of liquefied natural gas, which includes 3 million tons per year during the period.

Emphasizing the potential of the deal, Executive Vice President LNG Marketing & Trading Tarek Souki said, “Our business model creates significant value for Tellurian; at today’s LNG prices, this agreement represents the equivalent of approximately $12 billion in revenue over the 10-year term of the agreement.”

Some marijuana stocks have cooled in recent weeks. However, thanks to a mix of corporate milestones and Reddit–fueled hype, shares of Organigram have gone against the broader trend. If you look at industry ETFs like the ETFMG Alternative Harvest ETF (NYSE: MJ) or the AdvisorShares Pure US Cannabis ETF (NYSE: MSOS), they paint a relatively muted cannabis market. However, if you look at OGI stock this month, the trend is different. Shares have climbed from around $2.50 to highs this week of over $3.

If analysts at Stifel Nicolaus and Raymond James are to be believed, Organigam could have more upside to it. Earlier this quarter, both firms raised their targets to $6 CAD or roughly $4.97 USD. Raymond James analysts have found that the company’s recent M&A strategy could add to its value proposition. Analyst Rahul Sarugaser wrote, “We see today’s acquisition of EIC as OGI’s move to consolidate its already-strong position in the Canadian edibles market, adding top-quality soft chew manufacturing expertise to its industry-leading automated chocolate manufacturing capabilities.”

Organigram purchased The Edibles & Infusions Corporation (EIC) in April for $22 million, plus up to an additional $13 million in OGI stock based on milestones. The focus of this acquisition was to gain access to EIC’s edibles portfolio. First sales of its products are expected in Q4 of this year.

This M&A trend seems to be a focus for several cannabis companies right now. This week, Hexo Corp. (NYSE: HEXO) announced a $925 million CAD purchase of Redecan, creating a massive Canadian recreational cannabis company. The milestone deal is broken up into a $400 million CAD cash payment with the remaining portion due in shares of HEXO stock. You also can’t forget Tilray’s (NASDAQ: TLRY) acquisition of Aphria.

Whether you’re new to trading penny stocks or a seasoned veteran, the choice to buy or sell ultimately falls on your shoulders. How you arrive at a decision is up to you. Outlets like Reddit, Twitter, or even financial media platforms are great places to get information and build your thesis. Analyst ratings and company headlines are also useful in researching penny stocks to buy. Due to the high-flying nature of cheap stocks, there’s usually something for everyone. Just remember that penny stocks can fall just as quickly as they can climb, so having a plan in place even before hitting the buy button is a must.