Amazon critic Lina Kahn will be ‘aggressive’ in taking on Big Tech at FTC, lawmaker says

Khan, who’s just 32 years old and made waves with her 2017 article for the Yale Law Journal titled "Amazon's Antitrust Paradox," found support among both Democrats and Republicans during her confirmation hearing for the FTC, especially from Rep. Pramila Jayapal (D-WA), herself a critic of Big Tech and member of the House Antitrust Committee.

"She understands we have to be aggressive in taking on monopolies and protecting competition with small businesses and choice for consumers," Jayapal said of Kahn in an interview with Yahoo Finance Live.

"I think she is going to be aggressive in making sure that the FTC is both enforcing existing antitrust laws but also…taking on whatever big challenges they can," she added.

Khan joins the FTC at a time when both the commission and the Department of Justice are investigating the likes of Apple (AAPL), Google parent Alphabet (GOOG, GOOGL), Amazon (AMZN), and Facebook (FB) for potential antitrust violations. The FTC has already filed a suit seeking to break up Facebook, while the DOJ has filed suit claiming Google Search is an illegal monopoly. Amazon is also being sued by Washington, D.C. Attorney General Karl Racine for alleged antitrust violations.

Meanwhile, President Biden also tapped Columbia University law professor Tim Wu, a tech critic and the author of the “Curse of Bigness,” to serve on the National Economic Council as a special assistant to the president for technology and competition policy.

But it's the appointment of Khan and the recently introduced raft of bi-partisan antitrust bills that Jayapal says will bring Big Tech to heel in the U.S. The proposed bills include conditions that would make it illegal for companies to self-preference their own products and limit their ability to acquire smaller firms. 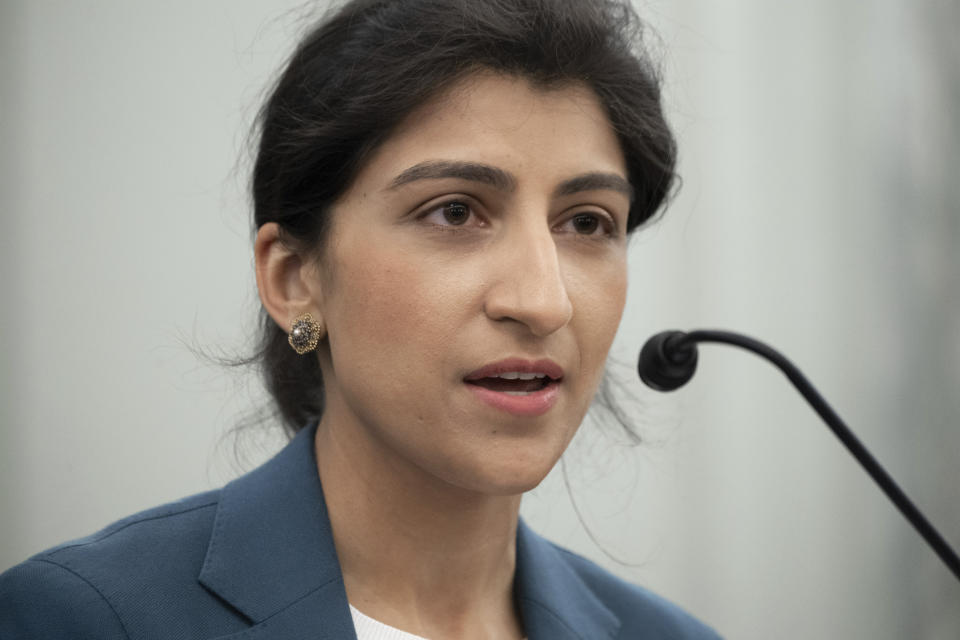 "I don’t think you can understate the significance of these bills,” Kellie Lerner, co-chair of The Antitrust and Trade Regulation Group at Robins Kaplan, told Yahoo Finance last week. “They’re essentially a once-in-a-century opportunity to modernize our antitrust enforcement to meet the current economy. It’s a watershed moment for antitrust.”

The bills have also drawn the ire of lobbying groups including the U.S. Chamber of Commerce, which objects to the proposals and says they target individual companies.

But according to Jayapal, the current antitrust movement in Washington will tackle some of the most problematic behavior of tech giants.

"We are about ensuring competition thrives, innovation thrives, small businesses thrive, and that consumers have choices," she said.

"I think the combination of Chairwoman Kahn, her understanding, her aggressiveness on the subject, but then these five bills that we just introduced on Friday…provide additional tools to the FTC and the DOJ to do what they need to do to rein in this anticompetitive behavior and ultimately to have really meaningful fines levied and to structurally separate businesses.”

It's not just the government that tech companies have to fear in dealing with antitrust accusations, though. Apple recently faced off against Epic Games in a court battle that saw the video game giant accuse the iPhone maker of violating antitrust laws through its control over the App Store. A ruling from the judge in the bench trial is expected later this summer.

As for whether the slew of suits and proposed bills will impact innovation in the tech space and prices for consumers, Jayapal says they will improve both for everyday Americans.

"The reality is that we believe in innovation and competition as being the best opportunity for consumers to get the best prices and the most choices," she said. "What we see in the marketplace, these small businesses have literally no opportunity to thrive…They are forced to either sell or be acquired or be killed."