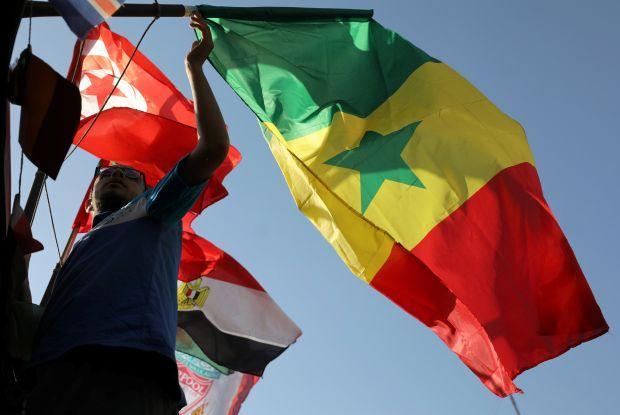 There is a wave of optimism around the first four African startups to hit a $1 billion valuation. These $1 billion+ companies—typically referred to as unicorns—are Flutterwave, Interswitch, and Fawry in fintech, and Jumia in e-commerce. Emerging markets investment analysts are betting on these two sectors, staked on the continent’s tech-savvy population, to provide even more unicorn status companies for the region.

Three of these unicorns are from Africa’s most populous country and also its largest economy—Nigeria—while the other one, Fawry, is from Egypt, where tech startups are attracting massive funding from venture capitalists in the recent past.

The continent’s large unbanked population, most of whom are informally employed but increasingly mobile and tech savvy provides immense potential for tech startups to tap into the payments and e-commerce sectors, according to Rahul Shah, an analyst at emerging markets investment insights company, Tellimer.

For those companies that can succeed in drawing business away from informal providers, the opportunity is huge. This is where the next fintech unicorns will emerge.

These companies and future ones to come also have the opportunity to cash in on Africa’s demographic dividend. By 2100, Nigeria’s population will exceed 800 million people while the DRC, Egypt, and Ethiopia will have grown their populations by 205%, 117% and 106% respectively.

The current Covid-19 pandemic with subsequent lockdowns and social distancing measures have also pushed a greater population to digital payment and purchasing platforms. As a result of these factors, Fawry, Interswitch, Jumia, and Flutterwave have recorded a jump in user numbers and value of transactions processed on their e-commerce and fintech platforms.

“This is the key battleground for fintechs in Africa. For those companies that can succeed in drawing business away from informal providers, the opportunity is huge. This is where the next fintech unicorns will emerge,” said Shah in an interview with Quartz.

Diversification of offerings as an expansion strategy will also see the rise of unicorns in Africa. In the recent past, Flutterwave has diversified operations to attract more financing including adding card issuance services while Jumia added loan services to consumers after launching JumiaPay, its own payment platform back in 2016.

Diversification into new but related value added services enables scaling up of ventures and platforms to reach more users in new markets. Africa’s fintech startups have raised as much as $900 million in the past six and a half years, and analysts at Tellimer predict that there will be even more funding flowing into these ventures in 2021.

Africa’s fintech unicorns have already capitalized on the opportunity to scale up and expand further into the region and beyond. Flutterwave, founded in 2016 in Lagos, now also has San Francisco as an additional head office to reflect the investment transformation it has undergone. And the ability to attract financing from venture capital funders has been pivotal for the company’s growth.

Facilitating international payments for African and international companies such as Facebook and Uber, Flutterwave blossomed into a unicorn in March this year when its valuation surpassed $1 billion after raising $170 million in April this year. This funding round was by US based private equity firms, Tiger Global, and Avenir Growth Capital.

It is important for Africa’s big fintech and e-commerce companies to grow and expand, as they will be able to partner with other regional and international companies to facilitate payments and digital cross border remittances. This is also in line with the objectives of the Africa Continental Free Trade Area (AfCFTA) pact seeking to make the region a single and seamless trading bloc, where fintech and e-commerce will play key roles in facilitating digital transactions and purchases.

In the past few years, Flutterwave has since expanded to Ghana, Kenya, South Africa, Uganda, Tanzania while Interswitch, currently active in Nigeria, Kenya, and Uganda, plans to expand to two more countries in West Africa this year. Jumia’s current focus, on the other hand, includes maintaining a presence in the 11 African countries it operates in, chiefly by bumping up user numbers in Nigeria, Ghana, and Kenya, co-founder, Jeremy Hodara said in an interview with Bloomberg.

With about 140 million transactions processed through its platforms contributing to a total value of payments facilitated of $9 billion, Flutterwave’s rise into unicorn status was long in the making. It now also enables receipts of international payments from the UK, US and European countries thus tapping into the diaspora market. Remittances remain hugely important in most African countries, but the costs of receiving money from abroad have historically been prohibitive.

Africa’s blossoming and increasingly digital payments industry has also provided impetus for Jumia, whose current active customers went up 12% to 6.8 million in the fourth quarter of 2020. The company processed 8.1 million orders during the same period. The number of orders it processed was however marginally down compared to the previous year. The company has explained that Covid-19 restrictions in key markets such as Morocco and Kenya “created supply and logistics disruption, especially for our food delivery business where dinner deliveries were affected by curfews” in these countries.

Interswitch was born when no one was taking a look at Africa; and despite the fact that it set the pace and dominated the African landscape, it had little or no funding from the outside in the early years.

Interswitch, supplied 22 million debit and credit cards through its Verve offering and also has as many as 190,000 enterprises using its platform to process transactions. And Fawry, Egypt’s unicorn, serves nearly 30 million clients that include financial institutions, enterprises, and payers. The company is benefiting from growing venture capital investment into Egyptian startups. In June alone, Egyptian startups nearly surpassed the $190 million they raised in 2020.

The history of unicorns in Africa begins with Jumia

But unicorns have been long in the making in Africa. Jumia, founded in 2012, emerged as the first tech startup with a valuation of $1 billion in 2016.

“Jumia’s unicorn status was very fast as it had a lot of backing from inside and outside the continent. Big names like Goldman Sachs, MasterCard, MTN group, etc,” notes Farouk Olamide Yusuf, an African tech analyst in an interview with Quartz. Jumia is now publicly listed in New York.

Attaining a $1 billion valuation is a difficult but desirable feat for many tech startups, especially those hailing from Africa. Accessing funding and deeper innovation to tap into the continent’s diverse markets and unique positioning are considered key in speeding up valuation and scaling operations.

Africa’s second unicorn, Interswitch, was founded in 2002. The Nigerian founded Interswitch became a unicorn in 2019 when Visa took up a 20% stake in the company for $200 million.

“Interswitch was born when no one was taking a look at Africa; and despite the fact that it set the pace and dominated the African landscape, it had little or no funding from the outside in the early years. The company became a Unicorn in 2019 and they have plans to go public in London very soon,” added Yousuf.

Fawry, the continent’s only non-Nigerian unicorn, was founded in 2008 and is an Egyptian e-payments company that enables users to settle bills online and digitally through Automated Teller Machines and retail Points of Sale as well as mobile wallets. It listed on the Egyptian Stock Exchange in 2019. A year later, it announced that its valuation had hit $1 billion. The company, like many other fintech and e-commerce companies in Egypt, is benefiting from regulatory changes that allow the central bank to license more such platforms.

And there could be a fifth African tech unicorn soon in the form of Chipper Cash, an African cross-border fintech venture which has been attracting a lot of venture financing and has seen its stock of valuation rise to more than $1 billion, according to CB Insights, although this has not yet been disclosed or confirmed by the company. Founded in the US in 2014 by Ugandan born, Ham Serunjogi and Ghanaian Maijid Moujaled, the company is now active in seven African countries – Ghana, Uganda, Nigeria, Tanzania, Rwanda, South Africa, and Kenya. In the past month, ChipperCash bagged an additional $100 million Series C round to unlock growth and expansion.

This was in addition to a $30 million round that was spearheaded by a fund backed by Jeff Bezos and Ribbit Capital just eight months ago. Chipper Cash has 3 million users, 10,000 new users a day and 80,000 transactions per day on its zero rated person to person cross border mobile money transfer service. Apart from that service, the company—which has opened offices in Nigeria and Ghana, now enables bill payments and online shopping. Its positioning in fintech as well as the amount of funding it has been raising reflects the dominance of fintech in the rise of unicorns in Africa.

The other emerging company touted to be the next African unicorn is Opay, an Opera run and Chinese backed but Africa focused, and principally Nigeria targeted, fintech startup.

Defining a unicorn remains a complex topic in the African tech startup scene though. However, it remains significant enough that a growing number of tech startups in Africa are attaining this status. Meanwhile, the debate over what constitutes a unicorn is raging among analysts and experts handling venture financing for tech startups.

“One thing I’ve noticed in Africa is that we qualify every tech company that achieves the $1 billion valuation as a unicorn; whether they’ve done it in the private or public market. But in the real sense, a unicorn is a private company worth $1 billion or more; and ceases to be a unicorn when it goes public,” argues Yusuf who is based in Nigeria.

We should also expect unicorns to emerge in other sectors – companies that will help to address the continent’s key challenges in relation to healthcare, schooling, trade and so on.

Opay is reportedly raising as much as $400 million to take its valuation up to $1.5 billion which will take it deeper into unicorn status. The company raised two tranches of funds in 2020 after bagging $50 million in June and a further $130 million in November, largely backed by Chinese financiers that include SoftBank, Sequoia Capital China, IDG Capital, SoftBank Ventures Asia, and GSR Ventures.

In the future, there are opportunities for tech companies in the region’s other sectors such as e-health, e-education and electronic logistics to blossom into unicorns.

“While Africa’s fintech unicorns are payments-focused today, in the future we can expect more variety; digital lenders and insurers, investech, blockchain are also likely to feature,” Shah says. “Of course, we should also expect unicorns to emerge in other sectors—companies that will help to address the continent’s key challenges in relation to healthcare, schooling, trade, and so on. Even at the international level, fintechs account for around one-fifth of the unicorn population”

Tellimer surveyed 100 global fintechs, a mixture of unicorns and non-unicorns and discovered that “unicorns are much more focused on raising funding” and this was “because funding can help companies build sustainable competitive advantage, by enabling investment in technology, distribution” and marketing.

And Africa is likely to provide more unicorns, with the risk appetite to invest in the continent’s ventures growing, added Shah. South Africa and Kenya, which are among the key fintech hubs in Sub Saharan Africa, are still to get their first unicorns. Given that scale is a numbers game, the implementation of AfCFTA also stands to open up even more opportunities for future unicorns from different geographies.

Sign up to the Quartz Africa Weekly Brief here for news and analysis on African business, tech, and innovation in your inbox.