Algorand Isn’t an Ethereum Killer Yet, but Keep an Eye on It

If you’re looking at opportunities in under-the-radar altcoins, Algorand (CCC:ALGO-USD) may be of interest. 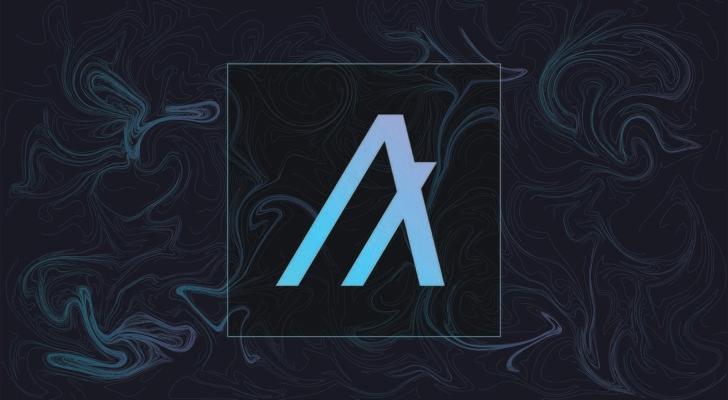 It may be a relative newcomer to the world of crypto, but it’s accomplished quite a bit since its launch in 2019.

It has secured hundreds of millions in funding for its development. Numerous third-parties now operate within its ecosystem.

Sure, it’s still far away from starting to give Ethereum (CCC:ETH-USD) a run for its money, or the “Ethereum killers,” like Cardano (CCC:ADA-USD), for that matter.

Yet, with its smart contract capabilities, solid transaction speeds, and focus on being a bridge between centralized and decentralized systems, it does look set to quickly enter that category.

To top it all off, as InvestorPlace’s Tezcan Gecgil recently discussed, it’s a carbon-negative platform.

This by itself may not help it become one of the most widely-used cryptos out there. But, as proof-of-work cryptos like Bitcoin (CCC:BTC-USD) get called out for their environmental impact, it’s another positive for this proof-of-stake blockchain.

Its prospects may look bright, but, keep in mind this may not immediately translate into higher prices for its native token.

Uncertainty continues to hang over the crypto market. It may have more room to fall before it finds its floor. Keep this risk in mind, as it trades for around 83 cents, down big from its all-time high of $3.28.

Algorand and its Initial Success

In the two years since going live, this token’s blockchain has seen rapid adoption, from a variety of third-parties.

A recent one of note is MAPay. The healthcare payments processor is using the network to facilitate over $800 million in payments for Bermuda’s healthcare system.

With this initial success, crypto funds have invested $500 million in projects that run on the Algorand blockchain.

Given what it’s accomplished so far, it’s easy to see continuing to gain in usage in the years ahead. Especially as it continues to launch protocol upgrades, such as one launched recently that improves smart contract development and dApp functionality.

It’s clear it has the technology. All it needs now is critical mass. With the larger “Ethereum killers” offering up similar advantages, this may be a challenge.

Assuming it attracts more capital for its development and its upgrades allow it to continue “leveling up,” it looks primed to become a front-runner, like Cardano, or Polygon (CCC:MATIC-USD).

Algorand’s best days may lie ahead. A few years down the road it could be worth many times what it trades for today.

But, that doesn’t mean it’s all uphill from here. As crypto market uncertainty still looms, it may first make a trip back toward its pre-bubble prices.

Despite Strengths, ALGO Could See Another Pullback

As of this writing, cryptos across the board are trading sideways. This may signal to some that we’ve reached the “bottom,” after the sell-off that kicked off in mid-May.

The waters have been calm. But, we may not have seen the end to the sell-off just yet. The market could still have room to pull back further, before the dust has truly settled.

Algorand prices could see another double-digit percentage decline. Or worse, a brief trip back under 50 cents per token. That’s where it traded for, prior to the early 2021 bubble. If you do buy it today, be aware of possible near-term volatility.

There may be a silver lining: a continuation of the crypto bear market could be short-lived. Once speculators who dived into this space late in the game (that is, earlier this year) cash out, but long-minded “HODLers” sit tight, things could bounce back sooner rather than later.

Admittedly, this may not guarantee a fast trip for cryptos back to their respective high-water marks. It may just mean an end to the declines, with several years of middling performance ahead.

That’s what happened after the last crash, in 2018. Yet, if you’re looking at this as a long-term crypto investment, and not a short-term trade, this may not be a big concern.

Bottom Line: A Possible “Ethereum Killer” in the Making

Considering its capabilities and features, along with its gaining usage, this “new kid on the crypto block” stands to soon enter “Ethereum killer” territory.

This may make it one one of the better altcoin opportunities you can get in at the ground floor on. Even so, keep in mind the high-risk, and high volatility ahead.

Depending on how long today’s crypto bear market lasts, Algorand may pull back to 50 cents before it bounces back above $1, but if you can handle the volatility and hold it until its blockchain grows in usage, starting to accumulate a position at or below today’s prices appears worthwhile.

On the date of publication, Thomas Niel held long positions in Bitcoin and Ethereum. He did not have (either directly or indirectly) any positions in any other securities mentioned in this article. The opinions expressed in this article are those of the writer, subject to the InvestorPlace.com Publishing Guidelines.

Thomas Niel, contributor for InvestorPlace.com, has been writing single-stock analysis for web-based publications since 2016.

The post Algorand Isn’t an Ethereum Killer Yet, but Keep an Eye on It appeared first on InvestorPlace.