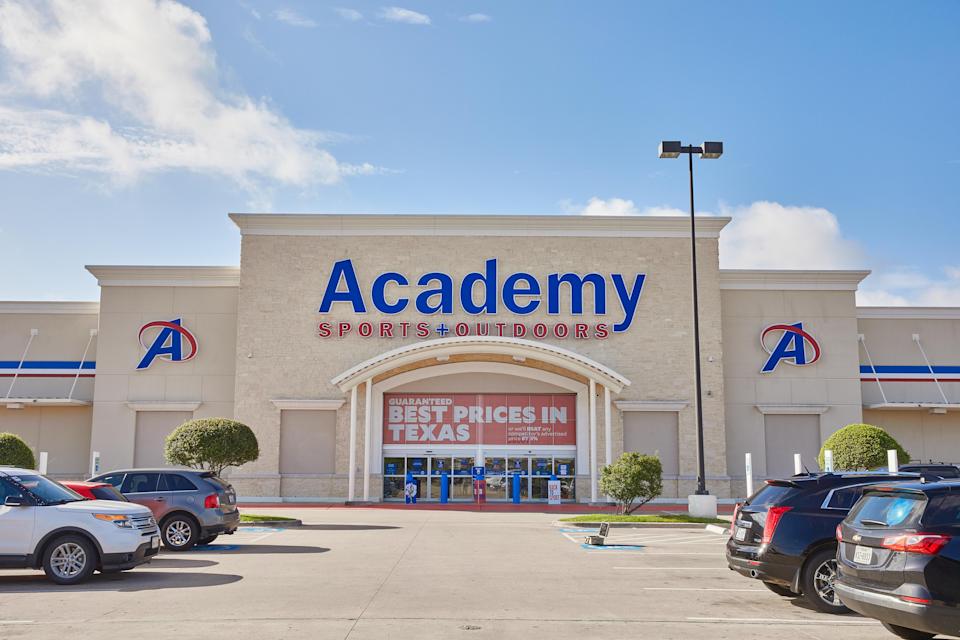 Academy Sports and Outdoors Inc., spurred by consumer spending shifts, government stimulus and its expansive assortment across sports and outdoor categories, turned profitable in the first quarter of 2021 off a sales increase of 39.1 percent and raised its outlook for this year.

The Katy, Tex.-based retailer on Tuesday reported net income of $177.8 million for the quarter ended May 1, compared to a loss of $10 million in the year-ago period.

Net sales of $1.58 billion were a first-quarter record for the company. Comparable sales increased 38.9 percent. Sales grew 46.8 percent compared to the first quarter of 2019.

“We believe our broad, value-based assortment, available through a true omnichannel experience, positions us to continue to capitalize on these market trends.”

The company indicated that growth was driven by continued strong, double-digit consumer demand across all product categories, notably in apparel, footwear and team sports, as well as across the retailer’s geographic footprint.

The growth in gross profit, coupled with 450 basis points of selling, general and administrative expense leverage, resulted in $224.9 million of pre-tax income versus a loss of $9.5 million in the first quarter of 2020.

Academy raised its outlook for 2021, estimating a comparable sales rise of 6 to 9 percent versus the previous forecast of minus 2 to 2 percent.

Founded in 1938 as a family business in Texas, Academy has grown to 259 stores across 16 contiguous states.