The vast majority of nearly 24,000 student loan borrowers surveyed recently said they are unprepared for the pandemic payment pause ending after September.

The sampling, conducted between June 17 and June 22 through a 46-question survey distributed via email to a group of followers of advocacy group Student Debt Crisis, found that 9 in 10 respondents across all 50 states were not ready to resume making payments in October.

Actions taken by the federal government will lead to roughly $100 billion in total student loan forgiveness between March 2020 and September 2021, according to Education Department (ED) data and analysis from experts.

The survey stated that "80% of borrowers say they currently depend on COVID-19 relief for federal student loans and 75% say that the payment pause is critical to their financial wellbeing." 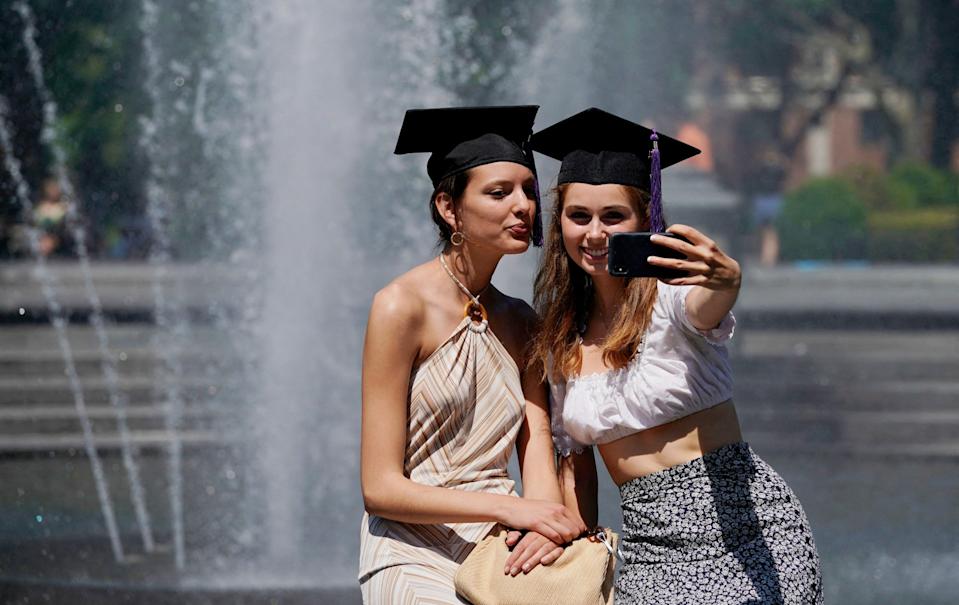 Graduates take pictures at Washington Square Park on May 19, 2021 in New York after the NYU commencement ceremony was held virtually for the class of 2021. (PHOTO: TIMOTHY A. CLARY/AFP)

About a third of the respondents said that if payments resume on October 1, more than a quarter of their income would go towards their student loan repayment. And 32% of borrowers also said their student loan servicer never contacted them about pandemic-related updates.

Additionally, the survey noted that borrowers of color were "least likely to say they are ready to resume payments on their federal student loans."

"Even with an economic recovery picking up steam, many Americans still shoulder the economic harm caused by the pandemic," Natalia Abrams, executive director of Student Debt Crisis, said in a statement. "We urge the Biden administration to extend the pause on payments and interest for federal student loans to give Americans a chance to land on their feet as the health crisis subsides and the economic recovery grows." 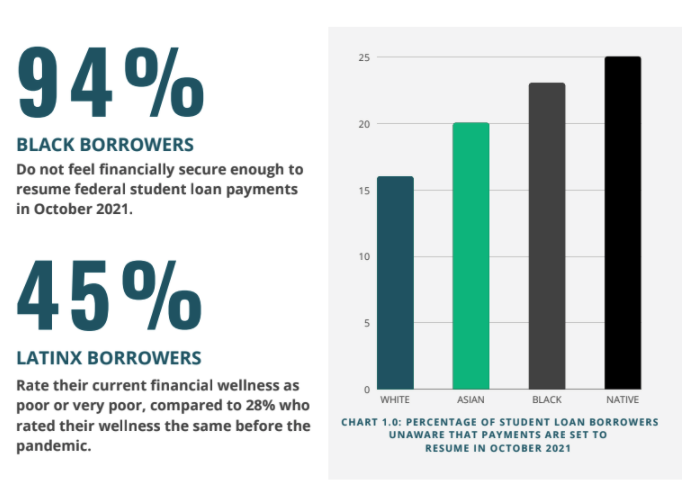 Advocates and politicians have expressed deep concern about debtors' ability to repay their loans post-pause. One of the chief concerns is a possible spike in delinquencies and defaults.

If the payment pause is lifted without cancellation in October, "we are facing a student loan time bomb that when it explodes could throw millions of families over a financial cliff," Senator Elizabeth Warren (D-MA) said in May.

According to the survey, if the payment pause were to expire, 17% expect to be in default for at least one student loan in the next six months; 30% said they simply won't be able to make student loan payments. Unsurprisingly, 86% of respondents said they support student debt cancellation.

The federal government's debt collection machinery would restarted after the payment pause, meaning that defaulted borrowers could have their tax refunds or their Social Security payments garnished and see their credit scores drop.

“The scheduled resumption of student loan payments in October could create a significant drag on our economic recovery," the lawmakers wrote. "Before the pandemic, the average student loan payment was between $200 and $299 per month — a substantial part of a household budget, and money that is desperately needed for basic needs." 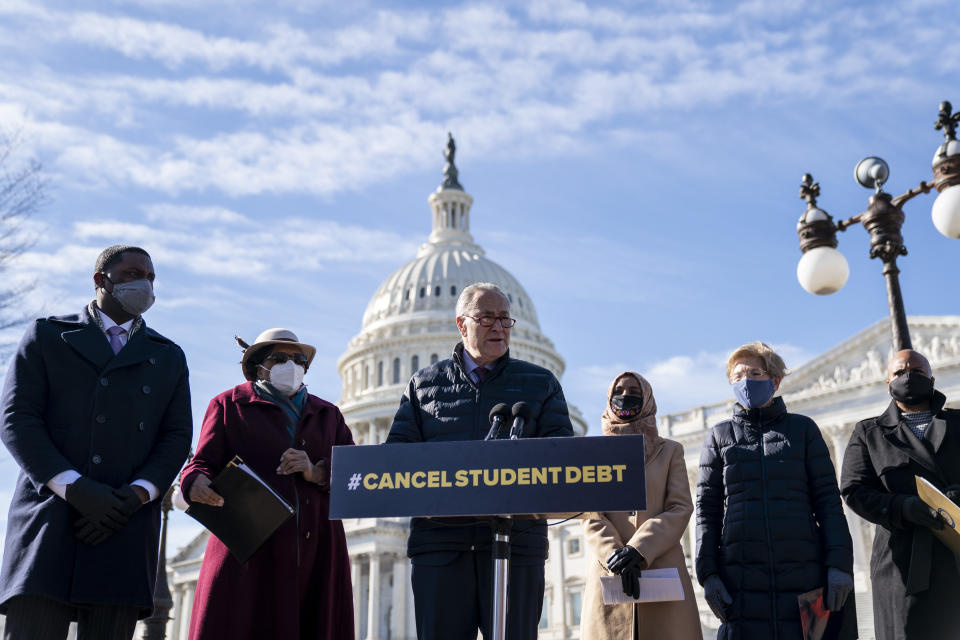 On Thursday morning, more than 125 organizations also wrote to the president to extend the pause "until your administration has delivered on the promises you made to student loan borrowers to fix the broken student loan system and cancel federal student debt."

Warren, Schumer, and Pressley have also repeatedly called on Biden to cancel $50,000 in student loan debt immediately via executive order. $50,000 in loan forgiveness would erase the entire debt burden for 36 million (84%) of the roughly 43 million borrowers holding federally-backed debt while $10,000 in forgiveness would wipe out the debt for 15 million of those borrowers (35%).

Beyond extending the payment pause and possibly cancelling student debt, there's also been a push to fix the existing student loan machinery.

Warren is currently holding up the confirmation of Biden's nomination for the undersecretary of the Department of Education (ED) as she presses the need for reform to the existing system such as cracking down on student loan servicers Navient and the Pennsylvania Higher Education Assistance Agency and increasing oversight over for-profit colleges.

Extending the pause would also offer a chance for ED to be fully prepared for what comes next. This would include communicating with loan servicers on how they are working with debtors to resume payments, which Consumer Financial Protection Bureau nominee Rohit Chopra previously flagged.

“While the payment and interest pause has provided financial relief to borrowers, many are still looking for certainty," Aaron Smith, co-founder of Savi, said in a statement. "We need to do everything in our power to make sure that borrowers are informed and fully prepared for the resumption of payments and can seamlessly get back on track."