As we ease into the second half of the year, Wall Street is anticipating that stocks will continue to move higher as the U.S. economy steams ahead.

The first six month of 2021 saw stocks recording some nice gains, with the Dow Jones Industrial Average up 13% and the S&P 500 index up 16%. The technology-heavy Nasdaq Composite index gained 14% in the first half.

However, most of the increases came during the first two months of the year. Since March, markets have been volatile as investors rotated out of and then back into technology growth stocks amid heightened worries that inflation will prompt central banks to raise interest rates in the near-term.

With the U.S. Federal Reserve continuing to call inflation “transitory,” a slate of exceptionally strong corporate earnings, and consumer spending continuing to be fueled by government stimulus, the second half of this year is set-up for markets to rise further. Here are seven strong stocks to buy for July to take advantage of those influencing factors: 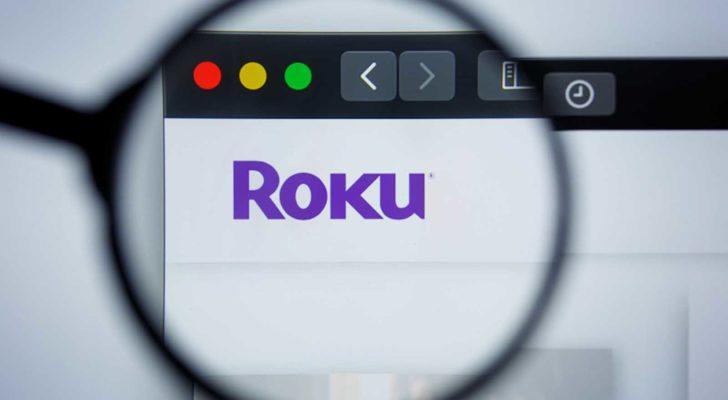 Talk about a breakout. The Roku stock price has been marching higher since The Wall Street Journal broke news that Comcast (NASDAQ:CMCSA) is considering making a buyout offer for the San Jose, California-based maker of internet-connected televisions and streaming devices. ROKU stock has increased 15% since the June 23 WSJ report, and is now up 31.2% year-to-date at $435.67 a share.

Roku, which also runs a strong and growing online advertising unit, has been going gangbusters with streaming becoming the dominant means by which people consume movies and TV shows. Roku’s active accounts reached 53.6 million in this year’s first quarter, up 35% from a year earlier. But that’s not all.

With a market capitalization of $56 billion, Roku would be a huge pill for Comcast to swallow. But given its stellar performance, it is easy to see why Roku is attractive to Comcast, which has a current market cap of $250 billion. If rumors prove accurate, Comcast could make a play for Roku this month. 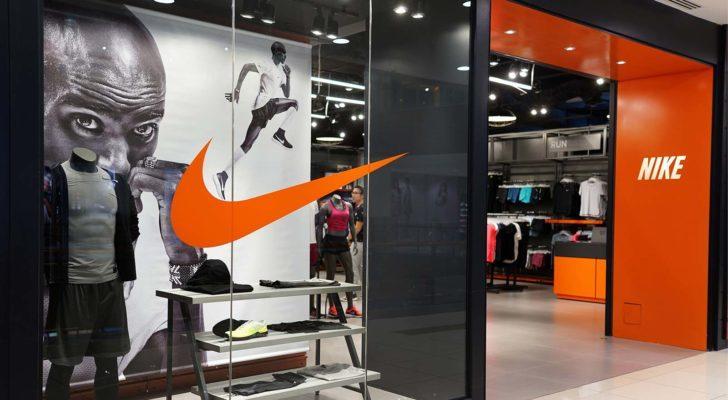 What a difference a quarter can make. Nike stock jumped 15.5% in a single trading day on June 25 after the company announced blockbuster results for its fiscal fourth quarter and issued monster forward guidance. The company famous for its “swoosh” symbol forecast full-year sales of more than $50 billion, the highest in the company’s 57-year history.

Nike said it is seeing a strong rebound in its business, particularly in North America where consumers are buying new sneakers, especially its popular Michael Jordan-branded footwear.

During the three months ended May 31, Nike’s revenue nearly doubled to $12.34 billion from $6.31 billion a year earlier. The revenue results beat Wall Street expectations for the quarter by more than $1 billion. In North America, Nike’s biggest market, quarterly sales more than doubled to a record $5.38 billion.

A dozen Wall Street firms raised their price targets on NKE stock the day after the latest results. The median price target of analysts who cover the company is now $180, suggesting the stock could climb a further 18% from current levels. 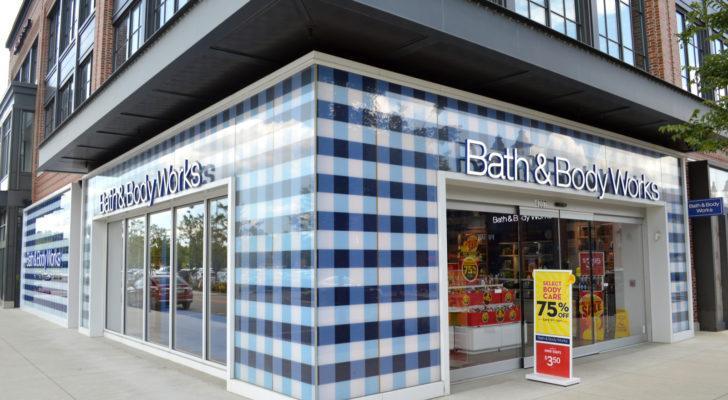 Investors looking for a momentum stock to ride in July should consider fashion retailer L Brands, which owns popular names such as Victoria’s Secret and Bath & Body Works. L Brands continues to be one of the best performing stocks of 2021, up 79% year-to-date and having risen 8% in the last week of June heading into July.

LB stock currently sits at $73.56 a share, and analysts see more upside ahead with a median price target of $75 and a high price of $104.

The momentum heading into July comes after several influential analysts made positive comments about the company and upgraded their price targets on the stock, including at Bank of America (NYSE:BAC) and Deutsche Bank (NYSE:DB). 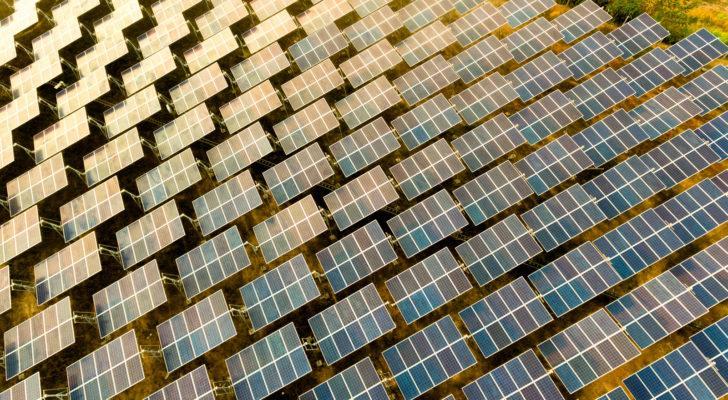 Residential solar panel maker Sunrun looks to be finally living up to analysts’ expectations of the stock. RUN stock at last broke out in June, running up 27% to $56.85 a share, after a slew of analysts upgraded their target prices. And the momentum looks likely to carry into July.

Even with its latest sprint, Sunrun shares look to have plenty more runway ahead. Analysts have a median price target on the stock of $81, which implies a further 44% gain. Investment bank Morgan Stanley (NYSE:MS) recently issued a forecast calling for the share price to double.

The excitement over RUN stock comes from the fact that the San Francisco-based company is the market leader in residential solar panels and batteries at a time when the federal government in Washington, D.C. is incentivizing people to adopt clean energy alternatives such as sun-powered homes.

At the same time that the Biden administration has pledged $2 billion to get Americans to adopt solar panels and other clean energy technologies, the cost to consumers to convert their homes to solar energy is rapidly declining, making the switch more feasible for the middle class. 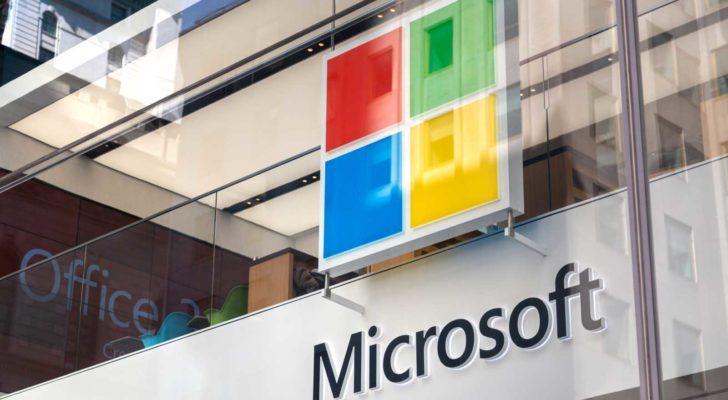 The Microsoft (MSFT) logo on a corporate office building during the day time.

Source: The Art of Pics / Shutterstock.com

Without a lot of fanfare, Microsoft recently achieved one of the biggest milestones in the company’s history. On June 22, Microsoft became only the second publicly traded company in history, behind Apple (NASDAQ:AAPL), to reach a $2 trillion market capitalization. Making the feat all the more impressive was the fact that it only took Microsoft two years to grow from a market cap of $1 trillion to $2 trillion.

MSFT stock’s strong performance in this year’s first half helped push the company into the $2 trillion club. Year-to-date, Microsoft’s share are up 22.1% to $267.91.

Microsoft’s cloud computing and enterprise software units have helped to drive the company’s financials and stock price higher over the past two years. Since assuming the top job at the Seattle, Washington-based company in 2014, CEO Satya Nadella has reshaped Microsoft into the largest seller of cloud-computing software in the world.

The company is also getting a lift from a new Xbox video game console released last fall, and, at the end of June, it unveiled the 11th edition of its flagship Windows software program, the first new version since 2015. 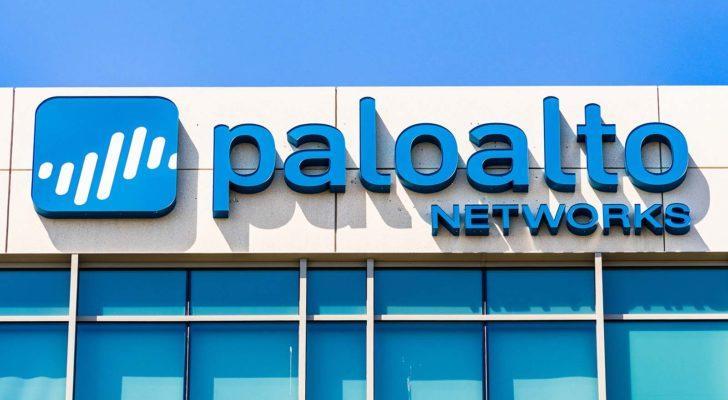 Since mid-May, shares of Palo Alto Networks have gained 10% and now trade at about $370 each. The stock of the Silicon Valley-based cybersecurity company has been on a tear ever since hackers targeted and shutdown both the Colonial Pipeline, the largest U.S. fuel pipeline, and crippled the servers of JBS SA (BVMF:JBSS3), the world’s largest meat processing company. The attacks brought cybersecurity into stark view for lawmakers and industry, helping to push PANW stock higher.

Beyond cybersecurity being on the front pages in recent weeks, Palo Alto Networks has acquired several smaller cybersecurity companies in the last three years, and those acquisitions have enabled the company to update its suite of services to be compatible with cloud computing.

The takeovers have also given the company new customers even as its existing customers spend more money on Palo Alto’s various cybersecurity technologies. Analysts have a price target on PANW stock of $445 a share, suggesting another 20% gain in coming months. 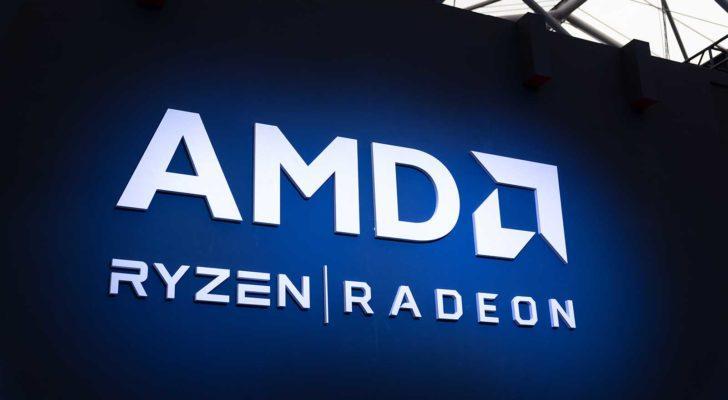 After being overshadowed by peers such as Nvidia (NASDAQ:NVDA) and Intel (NASDAQ:INTC), Advanced Micro Devices is finally getting some attention from investors.

Year-to-date, AMD stock is down 1.7%, after rallying 9% in June and coming into July with some momentum behind it. However, by comparison, the iShares PHLX Semiconductor ETF (NASDAQ:SOXX) is up 18.2% YTD. AMD is seventh-largest holding in the exchange-traded fund’s 32-stock portfolio, at a 4.25% weight.

The recent rise in AMD stock has been fueled by a June 17 announcement that Alphabet (NASDAQ:GOOGL) had chosen AMD’s newest data center chip to help power its cloud computing services. Additionally, AMD’s $35 billion takeover of peer chipmaker Xilinx (NASDAQ:XLNX) recently cleared a key regulatory hurdle when the European Commission said it has no objections to the proposed deal.

Analysts have a median price target on AMD stock of $107, implying a further 23% gain, and expect sharp gains once the Xilinx acquisition closes later this year.

On the date of publication, Joel Baglole held long positions in MSFT and AAPL. The opinions expressed in this article are those of the writer, subject to the InvestorPlace.com Publishing Guidelines.

Joel Baglole has been a business journalist for 20 years. He spent five years as a staff reporter at The Wall Street Journal, and has also written for The Washington Post and Toronto Star newspapers, as well as financial websites such as The Motley Fool and Investopedia.

The post 7 Strong Stocks to Buy for July 2021 appeared first on InvestorPlace.