Though the equities sector is supposed to be a representation of free market capitalism, the nuanced truth is that the big boys have the most resources. And that buys you access to the best information. Thus, a school of thought exists that you should track your investment decisions based on what the biggest fund managers are acquiring. This is a huge positive if you believe in energy stocks. Which green stocks to buy, though, is another question.

Recently, analysts at Goldman Sachs identified a number of environmentally friendly energy-related investments that are poised for “unprecedented growth.” Part of their thesis involves the discounted opportunity in energy stocks. As you know, this market segment took a hit earlier this year, in part to the Texas winter storm and the partisan criticism directed against renewable energy firms.

But Goldman Sachs sees a chance to get greedy while others are fearful. In my view, the analysts’ bullishness isn’t surprising. Many push the ideology that electric vehicles are our future. Moreover, a scientific catalyst exists for bolstering green energy stocks. Various organizations and volumes of research confirm that climate change is real. So we’ve got to do something about it.

Further, a report from Lucy Handley writing for CNBC on the Goldman Sachs list points out that “Government funding, regulatory support and cash flowing into so-called ESG funds — those that take environmental, social and governance factors into account — are now set to boost the performance of renewable energy stocks.” This, too, isn’t a surprising tailwind. As I’ve pointed out previously for InvestorPlace, consumers are willing to pay more for sustainability.

True, this usually applies to smaller discretionary purchases. But it’s also the thought that counts. In this case, it’s not unreasonable to believe that young consumers will pay more for products and services that collectively play a substantive role in combating climate change.

Although one of the world’s biggest financial institutions endorses these stocks, that doesn’t mean you should let your guard down. As with any investment, whether that be energy stocks or some other sector, make sure to perform your due diligence.

With that in mind, you may want to consider these green energy stocks from Goldman Sachs’ list: 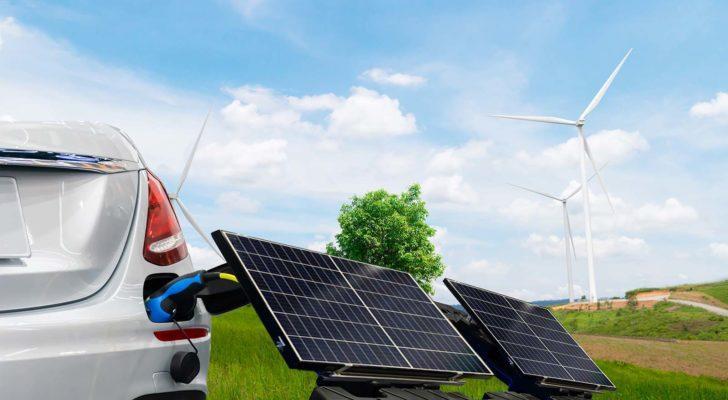 Described on their website as “a growth-oriented limited partnership” from NextEra Energy (NYSE:NEE), NextEra Energy Partners “acquires, manages and owns contracted clean energy projects with stable, long-term cash flows.” Specifically, the company focuses on wind and solar projects in the U.S. and has natural gas infrastructure assets in Texas and Pennsylvania.

One of Goldman Sachs’ top ideas among energy stocks, NEP stock enjoyed a very auspicious start to the new year. At one point, shares were up around 27% from the first closed session of 2021. However, the aforementioned Texas winter storm took a bite out of the partnerships’ valuation. Unfortunately, the image of frozen wind turbines didn’t exactly do wonders from a sentiment perspective.

Still, Goldman analysts regard this as one of its high-potential energy stocks. Again, the massive bump up at the beginning of this year implies that without a once-in-a-blue-moon weather event, NEP stock would have been flying much higher. From my perspective, this seems a worthy idea to bank on. 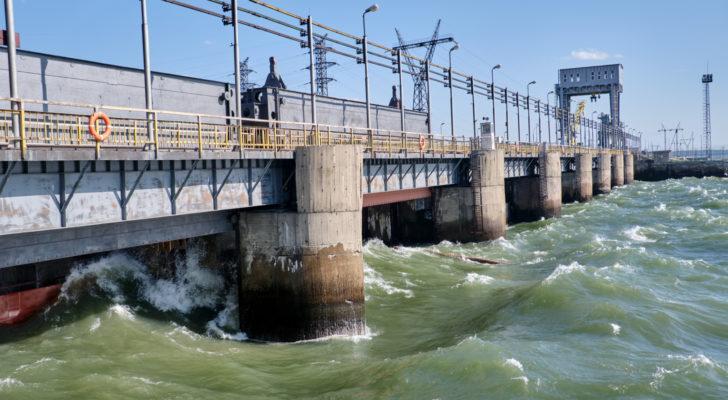 A hydroelectric power plant operates in a river with large waves crashing against the side.

One of the global leaders in the publicly traded renewable power platform industry, Brookfield Renewable Partners has a portfolio that features “approximately 21,000 MW [megawatt] of capacity and nearly 6,000 generating facilities in North America, South America, Europe and Asia” according to its website. Furthermore, CNBC points out that Brookfield’s portfolio “is made up of 62% hydroelectric power facilities.”

It’s reasonably safe to say that if you’re interested in renewable energy stocks, you’ve given BEP much consideration. And if you haven’t already pulled the trigger, Goldman Sachs’ endorsement might play a decisive role in your decision. Adding to the thesis for BEP stock is consumer sentiment, which has really embraced ESG brands, along with favorable political winds.

One thing to note about Brookfield is that this will be a recovery year for the company. In 2020, revenue slipped 4% against the prior year to $3.81 billion. Still, the volatility of BEP stock lessened substantially since the February rout this year. That bodes well for this and other energy stocks on Goldman Sachs’ watch list. 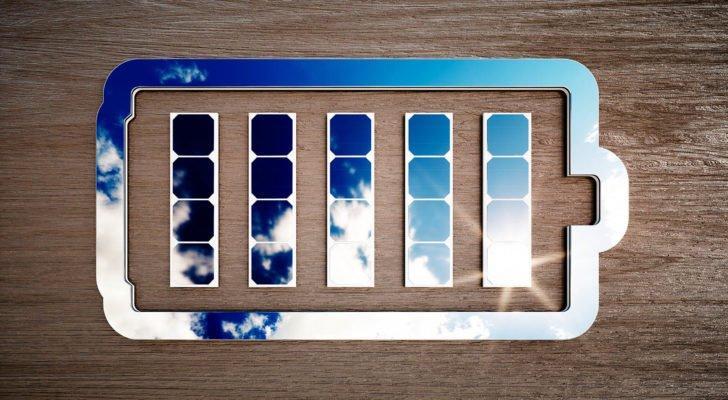 An image of the outline of a battery reflecting a blue sky with light clouds.

With a mission to foster sustainable development of clean energy infrastructure for future generations, Canadian Solar is one of several burgeoning organizations attempting to live the ESG ethos rather than merely profit from it. Of course, talk is cheap on Wall Street. Therefore, stakeholders must have been heartened when Goldman Sachs’ put CSIQ shares on its renewable energy stocks list.

Primarily, Canadian Solar manufactures solar photo-voltaic (PV) modules. A PV module is “an assembly of photo-voltaic cells mounted in a frame work [sic] for installation. Photo-voltaic cells use sunlight as a source of energy and generate direct current electricity.” Based on this definition, you can see why CSIQ stock suffered steep losses earlier this year.

Like wind infrastructure, solar is an intermittent energy source. Obviously, when the sun goes down, you don’t get much use from your solar panels. Well, the Texas cold snap did a number on the sentiment toward solar and wind products. Partisan editorialists didn’t miss their chance to blast renewable energy stocks.

All that being said, Canadian Solar had a great first quarter this year, a fact that Goldman Sachs probably took note of when including it. 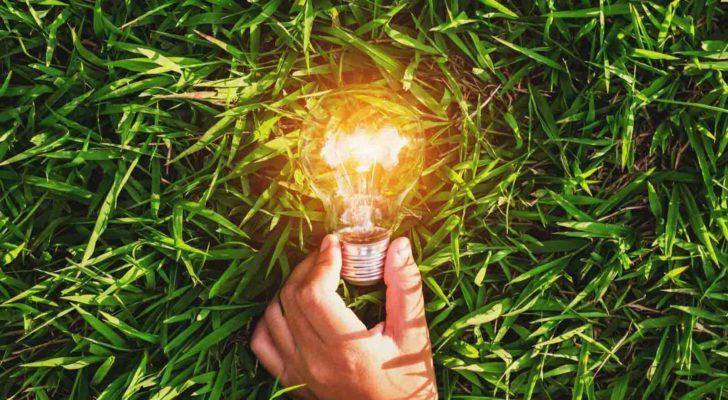 Image of a person holding a lit lightbulb

An energy services and delivery firm, Avangrid “owns both gas and renewable energy facilities,” according to CNBC. But over the years, Avangrid decidedly embraced the green side of the spectrum for energy stocks. Currently, the company serves “3.3 million customers in New York and New England.” It also employs approximately 7,000 people.

It has to be said, though, that AGR stock may be one of the riskiest names on Goldman’s list. For instance, during the week ending June 18, 2021, shares dropped nearly 7%. This isn’t necessarily confidence inspiring, even if you are one of those buy-the-dip folks.

That said, Avangrid’s Q1 2021 revenue came in at $1.97 billion, up 9.9% against the year-ago quarter. Also, sequential quarterly improvements suggest a fundamental recovery in the works.

If you’re on the conservative side of things, I’d wait for AGR stock to stabilize before going in. Despite Goldman’s endorsement, near-term trading sentiment can be extremely powerful, even if irrational. Let it shake out the red ink, then consider it for your portfolio of energy stocks. 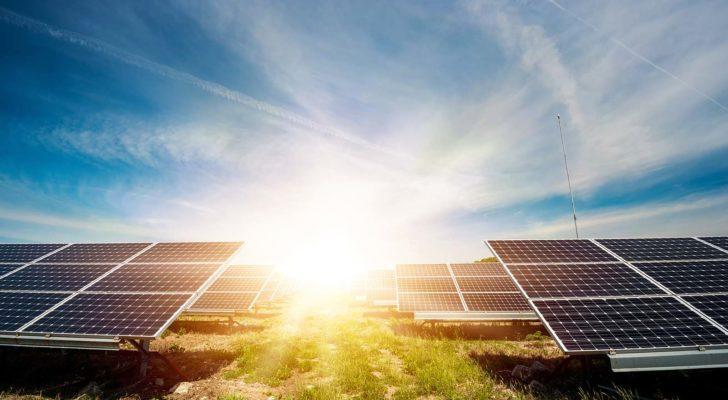 From its website, Array Technologies is “one of the world’s largest manufacturers of ground-mounting systems used in solar energy projects.” Its core product is an integrated system of motors, gearboxes and support panels for use in single-axis tracking devices.

Many legacy solar panel systems are fixed mount. This means that the panel only achieves an ideal angle to the sun once per day. However, with a tracker, the panel can move on its axis with the sun, thereby constantly creating the ideal angle to the sun. Though trackers are initially more expensive than fixed mount frameworks, they pay for themselves over time due to their higher efficiency exposure to sunlight.

As with Avangrid, ARRY is one of the riskier energy stocks on Goldman Sachs’ list. On a year-to-date basis, shares are down nearly 63%, which raises eyebrows. Also, in Q1 2021, its top-line sales of almost $246 million were down 44% from Q1 2020 results.

Still, with the public’s memory of the Texas winter storm fading, this might be a time for a contrarian jab at ARRY stock. 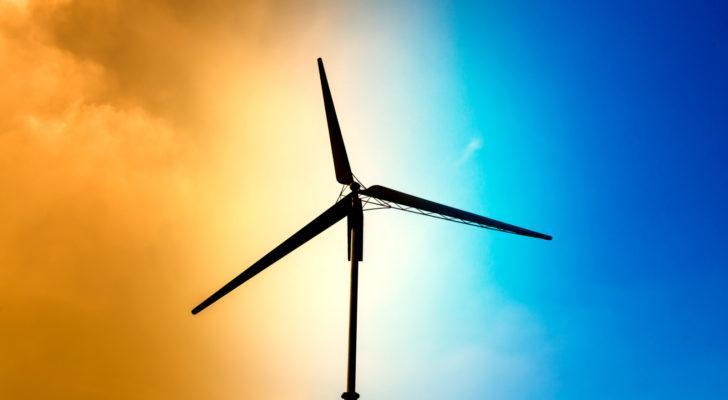 A wind turbine appears in silhouette against a bright orange and blue sky.

A number of non-American companies are included in Goldman Sachs’ list of energy stocks. However, many of them are not easy for Americans to invest in, unless they have access to brokerage services featuring foreign equity units. But one that you can find on the over-the-counter market is Vestas Wind Systems.

A Danish manufacturer, seller, installer and servicer of wind turbines, Vestas Wind Systems has a massive global presence. Its website touts that its turbines are located in 84 countries. Given the burgeoning sentiment for such products, this number will likely increase. According to Research and Markets, the global wind turbine market was valued at $90.1 billion in 2019 and could hit over $123 billion in 2025.

Like other renewable energy stocks, VWDRY suffered volatility earlier this year. As the provider of turbines, public or political criticism of the underlying industry has an impact. Still, the red ink seems to have faded in recent sessions. If you’re okay with the risks associated with OTC-based securities, you may want to give Vestas a try. 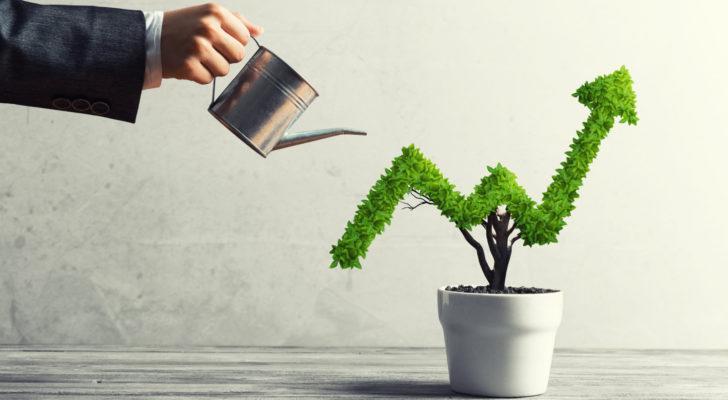 A person waters a plant in the shape of a graph representing a growing stock price.

Last on our list is Siemens Gamesa Renewable Energy, a “leader in the renewable energy industry, working to provide the world’s best offshore and onshore wind turbines and services.” Like Vestas above, Siemens Gamesa is a powerhouse in the turbine business, operating in approximately 90 countries. And as I mentioned, forecasts calling for rising valuations in the wind turbine sector bodes well for GCTAF stock.

Also, it should be noted that Siemens Gamesa has significant acumen in offshore turbine infrastructure. Siemens Gamesa engineers and technicians “pioneered the offshore sector back in 1991, with the world’s first wind power plant in Denmark.”

The challenge with GCTAF is that it’s easily one of the riskiest among Goldman’s green energy stocks. From a technical analysis perspective, GCTAF stock could go either way. Therefore, conservative investors may want to wait out the volatility before buying shares.

Also, please note that the OTC market is not an exchange, meaning that volume is extremely limited. You might not even find a willing buyer during some sessions, so extreme caution is a must.