7 Stocks That Could Bounce Back as Inflation Worries Subside

Growth stocks had a rocky time in May, when concerns about inflation resulted in a temporary sell-off. Why did inflation chatter cause such a reaction? It’s not inflation per se that’s the worry. The possible raising of interest rates to combat inflation is the real concern.

For now, the Federal Reserve is OK keeping rates at current levels. But, that may not be the case in 2022. So, why are possibly rising interest rates a concern for growth stocks? Simple: valuation. It’s easier to justify frothy multiples for growth stocks in a near-zero interest rate environment. Given that growth stocks are priced based on projected earnings down the road, rising rates further discount future cash flows, which affects present value.

Yet, following the brief pullback, these fears started to cool. Admittedly, it’s too early to tell whether investors are correctly assessing the situation. As Lule Demmissie, president of Ally Invest, said in a statement provided to InvestorPlace, we won’t know if the inflation we’ve seen lately is “truly transitory until the end of summer.”

That is, the jury’s still out whether the inflation we’ve seen in recent months is due to the U.S. economy entering recovery mode with the novel coronavirus pandemic. If inflation cools more, as things get back to the “old normal,” we may be in the clear. This could pave the way for growth stocks, hard hit as of late, rebounding, as investors rotate back into them.

So, which growth stocks could rebound, if inflation worries further dissipate? These seven, still down from their highs, may be ones set to bounce back: 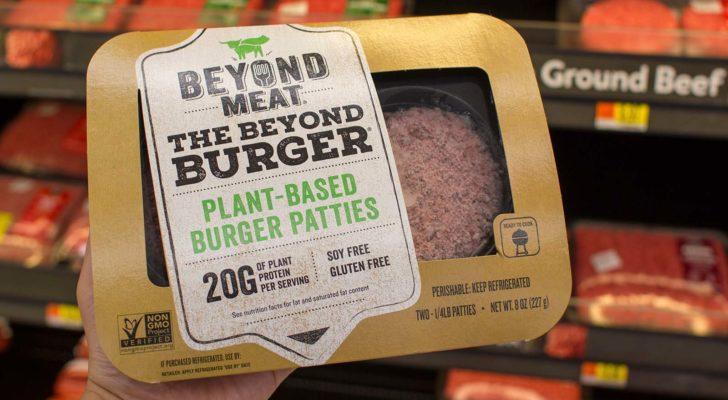 Sure, with Reddit traders squeezing it, heavily shorted BYND stock made up for all of its May losses. After falling from around $135 per share, to briefly under $100 per share, it’s bounced back above where it was at the start of last month.

But, this purveyor of plant-based “meat,” which has its share of skeptics, remains down substantially from the prices it fetched for back in February (around $175 per share). Now, not all of these losses are due to concerns about rising inflation and interest rates.

Underwhelming sales numbers over the past few quarters cast doubt whether this growth story will live up to expectations. Analysts still estimate that revenue will increase more than 50% next year, as the shift to plant-based meat alternatives continues amid environmental and health concerns. If results start to meet (or even beat) projections, we could see more than just interest from meme stock speculators again in this once-hot stock.

Yet, it may take more than blockbuster results to keep shares on an upward trajectory. It may take the lifting of fears that interest rates are set to rise sharply, before the markets again feel fine with giving this still-richly priced stock (Beyond Meat trades for around 10x estimated 2022 sales) an even higher forward multiple. 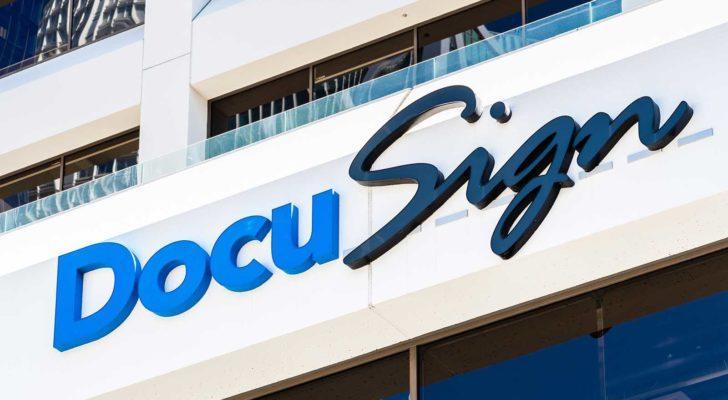 DocuSign is just one of many fast-growing tech names that crushed it stock price-wise last year and going into this year. Between pandemic tailwinds (like the shift to remote work), and near-zero interest rates, investors bid up the e-signature solutions provider to a valuation that gives it a forward price-to-earnings (P/E) ratio in the triple digits.

Since the start of the rotation out of growth stocks, DOCU stock dropped more than 30% off its highs. Yet, shares aren’t exactly cheap, as they still sport a triple-digit forward P/E ratio (154.3x). Rising interest rates could result in further contraction. Even as earnings are expected to grow at a 40%+ annualized clip over the next two years.

Right now, the 2020 top performer is holding steady at around $200 per share. If interest rates rise, we could see another dramatic drop. But, if inflation and interest rate fears cool, and it becomes clear the Fed won’t sharply shift from dovish to hawkish fiscal policy, coupled with continued better-than-expected results, we could see shares make a move back toward their past high water mark (around $290 per share).

Some may be concerned that its underlying performance, boosted by last year’s stay-at-home environment may start to wane as we return to the “old normal.” But, with a more remote office environment likely here to stay, growth remains on the menu for Docusign. 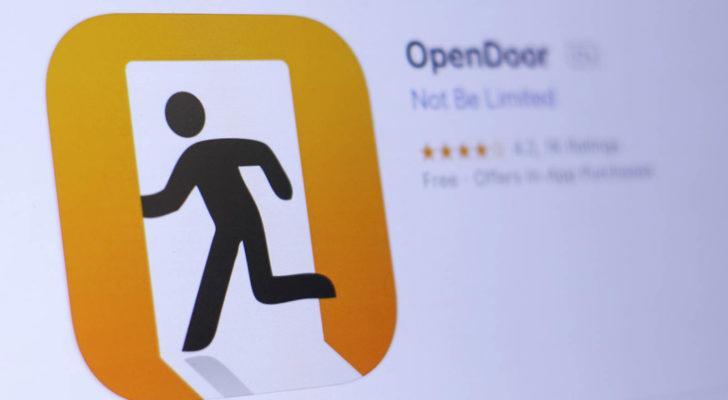 Opendoor was one of several Chamath Palihapitiya-backed SPACs (special purpose acquisition companies) hit hard by the SPAC wipeout. Many factors caused the beating down of blank-check stocks over the past few months. But, the initial inflation fears experienced back in February certainly played a role.

Rising inflation may mean rising interest rates. And, rising interest rates impact stocks priced based on future rather than current results. And, that is what’s happened here with shares in this residential real estate i-buyer. Of course, the specter of rising rates could affect OPEN stock in more ways than just a contraction of its premium valuation.

Supply outpacing demand is a factor in today’s manic housing market. But, rock bottom interest rates played a role as well. A hot market for residential homes helped Opendoor’s business, which is basically house-flipping on a massive scale. A sharp correction in this market, brought upon by a rapid rise in rates, could change this. And, not in a good way.

Yet, it’s not set in stone this is how things will play out in residential real estate. As InvestorPlace’s Alex Sirois wrote May 27, shares may continue to trade sideways, as investors assess where housing is headed next. But, if interest rates end up not surging in the coming year, this market could see a soft landing, instead of a hard crash. That may not necessarily help boost OPEN stock (trading for around $16 per share). However, it could keep shares steady for investors buying it as a long-term “future of housing” play. 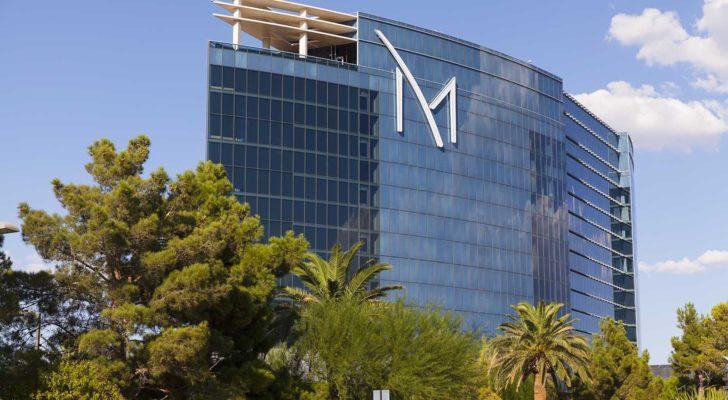 Its main business may still be brick-and-mortar casinos. But, what’s made Penn National a top performing stock since March 2020 has been its exposure to the i-gaming and online gambling megatrend.

With its investment in Barstool Sports, and the launch of a sportsbook utilizing this brand name, investors have bet big that this company, with the customer base from its legacy business, coupled with the fan base of David Portnoy’s Barstool franchise, will become a dominant force in this fast-growing industry.

However, over the past few months, shares pulled back massively from as high as $142 per share, to around $80 per share. What’s behind this? Mainly, the cool down in retail investor mania over this stock. The market realizes it’s going to take time for Penn National’s i-gaming unit to turn into a cash cow.

So, what does this have to do with rising inflation/rising interest rates? The reassessment of growth stock valuation also affected the price of PENN stock. It likely won’t be the primary driver of a stock price rebound. But, if it becomes apparent that historically low interest rates are here to stay, investors may continue to assign this story stock a rich valuation, and could become willing once again to bid it back up to triple-digit price levels. 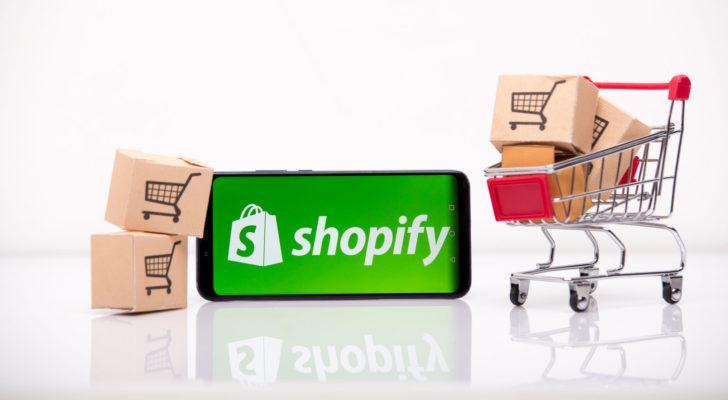 It’s an understatement to say pandemic-related tailwinds for e-commerce changed the game for Shopify shares. The stock soared more than four-fold throughout the pandemic, as “stay at home” became “shop at home,” which boosted demand for this SaaS name’s e-commerce platform.

But, concerns growth would slide post-pandemic, coupled with the specter of rising rates affecting valuations, helped to push down the stock from its highs (nearly $1,500 per share), down to around $1,250 per share as of this writing.

Growth may be slowing down. However, even without the benefit of last year’s unique circumstances, the company still expects revenue to grow rapidly in 2021. Yet, even as it remains a growth story, this alone won’t save it from falling further. Trading for 284.7x forward earnings, any sort of valuation contraction caused by rising interest rates may result in another dramatic decline for shares.

That being said, the fears that have impacted fast-growing tech names could continue to subside. This may bring many investors sitting on the sidelines back into SHOP stock. But, keep in mind, that, after its insane run-up last year, we may see neither a rebound or a sell-off. Instead, shares could hold steady, as markets let shares grow into their valuation. 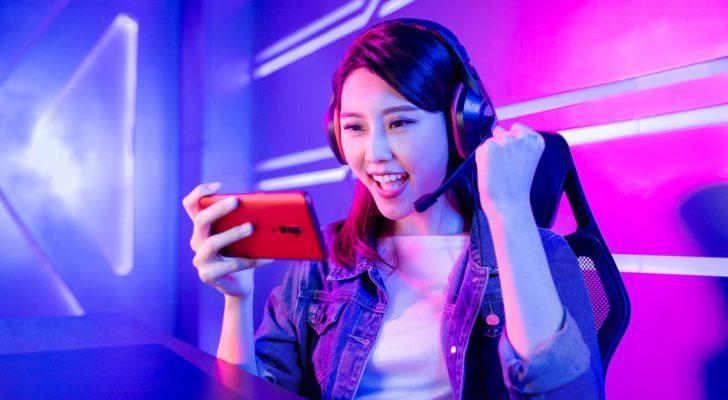 It’s a stretch to blame all of the decline of SKLZ stock (more than 60% off its highs) on interest rate concerns. The mobile gaming platform, a favorite of Cathie Wood’s ARK Invest, has been hit hard by several factors.

For one, the cycling out of growth stocks. Also, reports from vocal short-sellers casting doubt on its growth potential. To top it all off, the fast shift in sentiment for SPAC stocks such as this one. Fears of rising rates may not have been a primary driver of its share price decline. Yet, the dissipating of this concern could be something that helps the stock make an epic comeback.

How so? If the overarching inflation/interest rate worries dissipate, it may encourage investors to dive back into not only large-cap growth names, but smaller growth names like this one. With a large percentage of its shares sold short, renewed interest in it could produce a squeeze.

Granted, Skillz shares need more than just an overall cycling back into growth stocks. Company-specific factors will play a role as well. But, if the company, in upcoming quarterly results, further proves that the bears are wrongly doubting its growth, we could see fortunes quickly change for this mobile gaming play. 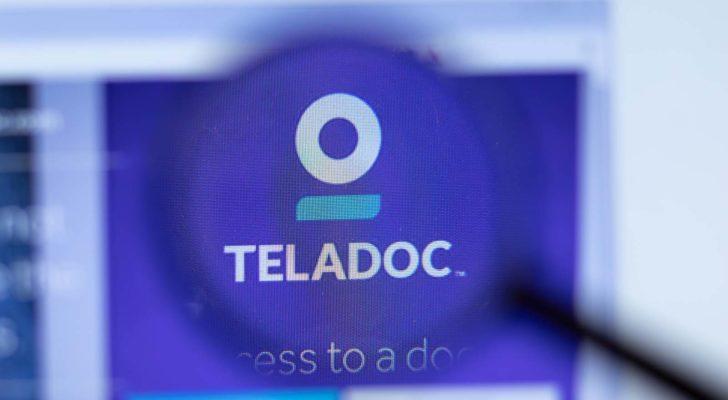 Rising interest rate fears aren’t the only reason why TDOC stock sold off massively (more than 50%) since February. As InvestorPlace’s Joel Baglole wrote May 15, concerns its growth will slow down post-pandemic was a major factor in its continued declines.

Demand for telemedicine may continue to be strong, even as we are no longer operating in last year’s environment. The company’s projected growth will likely stay well in the double-digit percentage range over the next few years. But, still trading at a premium forward price-to-sales ratio (around 9.1x, based on 2022 projections), we could see more contraction, in the event rates rise, and investors reassess valuations.

So, with much pointing to further losses, why consider Teladoc today? Again, it’s not a given the Fed adopts a hawkish stance in the next year. If rates stay as they are, just like with the other names listed here, investors will feel more confident diving back into richly priced growth names.

Also, shares could see a boost if investors betting against this moderately-shorted (12.9% of its float is sold short) stock cover their positions. A full rebound back to $300 per share may be out of reach. But, with its still solid long-term growth prospects, shares may have room to continue trending upward, as they’ve done in the weeks following last month’s sell-off.

The post 7 Stocks That Could Bounce Back as Inflation Worries Subside appeared first on InvestorPlace.