Earlier in May, Elon Musk shocked the cryptocurrency world. Previously, Tesla (NASDAQ:TSLA) had been a leader in adoption of cryptocurrencies. Tesla bought Bitcoin (CCC:BTC-USD) and put it on the company’s balance sheet. Additionally, Tesla accepted Bitcoin as payment for its vehicles. With a series of tweets, however, Musk reversed his stance, due to environmental concerns. This event highlighted a broader point: renewable energy stocks have their own environmental issues to deal with.

Wind and solar are attractive since they produce carbon-free power. And batteries and electric charging make it possible to power vehicles with renewables instead of oil.

However, actually building and deploying these power assets requires a great deal of energy and raw resources. Wide-scale adoption of these technologies could threaten the world’s supply of key materials such as copper, lithium, and cobalt. Other emerging technologies, such as cryptocurrencies, are also taxing the planet. With that in mind, when investing in emerging technology such as renewable energy stocks, consider the environmental risks as well.

Musk clarified his cryptocurrency comments as they pertain to the environment. He tweeted that: “To be clear, I strongly believe in crypto, but it can’t drive a massive increase in fossil fuel use, especially coal.” When you look under the hood, however, you find that a lot of the renewable energy space has some environmental challenges. You can’t just flip a switch and get all your electricity from green sources. 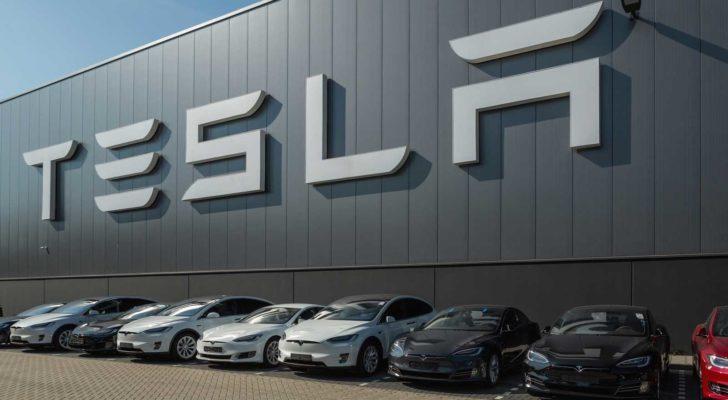 While Musk is addressing the carbon impact of cryptocurrency, that’s not the only environmental issue that the company faces. Indeed, Musk admitted recently that the company’s semitruck was delayed in part due to a shortage of battery cells. That, in turn, is due to scarcity of lithium and other essential inputs.

Tesla is taking elaborate steps to try to resolve these issues. The company has already made huge investments in battery production and solar energy. There are rumors of Tesla even partnering with firms such as lithium miners directly to try to bolster supply from trustworthy domestic sources.

These are vital issues. Jennifer Granholm, who is the U.S. Secretary of Energy, warned that: “Even the guts to the batteries that are in the electric vehicles, they’ve got critical materials in them that we have in this country, but we are allowing other countries to corner the market on those materials.” Tesla certainly has the funds and prowess to secure the resources it needs over time. However, for the time being, Tesla is facing what Musk deemed to be “insane” supply chain pressures. 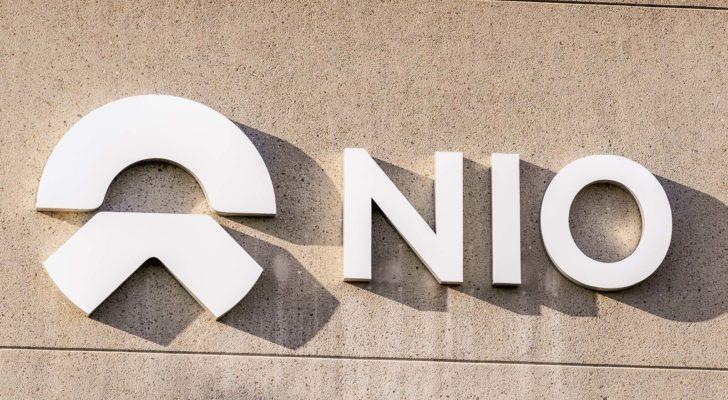 A Nio (NIO) sign and logo on a tan concrete building.

Nio stock has been on a downtrend for several months now. Part of its fall came earlier in May after it reported that it has lowered production levels due to supply chain problems. The most pressing issue for Nio is the semiconductor chip shortage that has hit a lot of EV companies.

As a result, while Nio’s April 2021 delivery count was up sharply year-over-year, it declined sequentially from March. Given how hot the auto market is, it’s unfortunate that Nio hasn’t been able to fully capitalize. Nio has run large operating losses historically; it lost nearly $900 million over the past 12 months.

So the stock could be hurt if it’s not able to get back to normal operating capacity going forward. That said, with NIO shares already down by nearly 50% off the peak, perhaps investors have started to account for the supply chain concerns within that stock price. 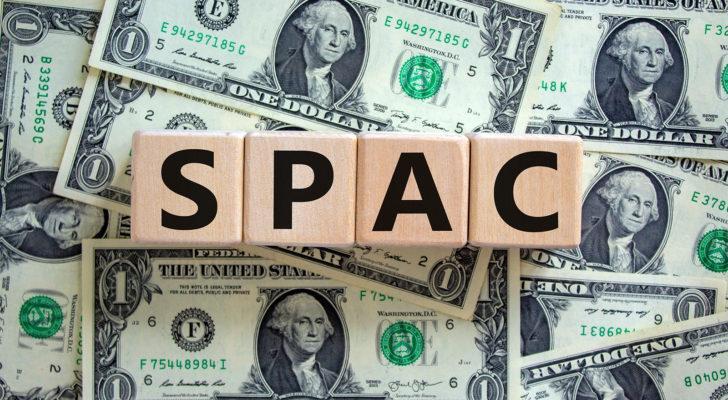 An image of wooden blocks that say SPAC over a series of one dollar bills.

Lordstown Motors was the latest EV company to take a hit from the raw materials shortage. In its recently released first quarter report, Lordstown slashed its vehicle output guidance by 50%. It also said it is facing sharply higher than expected costs, in significant part due to the cost of increasingly scarce raw materials.

As a result, Lordstown hinted that it will need to raise more capital as a bridge while it tries to get up to intended production levels. This is tough timing, as Lordstown is just trying to get operations going. Its special purpose acquisition company (SPAC) stock was initially hot, but has now fizzled and is trading under the $10 offering price. If the raw materials shortage continues, it threatens to put a lot of newer EV companies like Lordstown into an awfully tough situation. 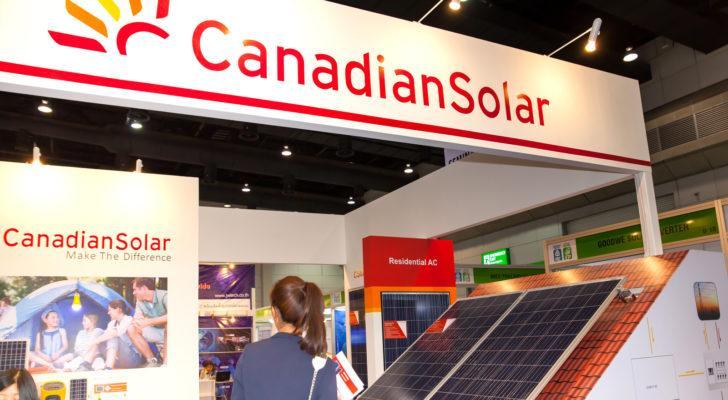 A Canadian Solar (CSIQ) display booth at a convention in Bangkok, Thailand.

When you greatly increase demand for something, it tends to throw supply chains out of balance. Such is the case in solar right now. There is a rush to get new solar installed and it is eating up the inventory of raw materials faster than folks had anticipated. As a result, Canadian Solar is getting hit.

From the company’s latest conference call, we got the details. Canadian Solar’s COO, Yan Zhuang, noted that the company continues to face high costs. Polysilicon, for example, which was already above normal levels, surged another 33% recently. This will put even more margin pressure on Canadian Solar. Additionally, Zhuang said that the price of most commodities which it needs to assemble solar panels also increased in price. 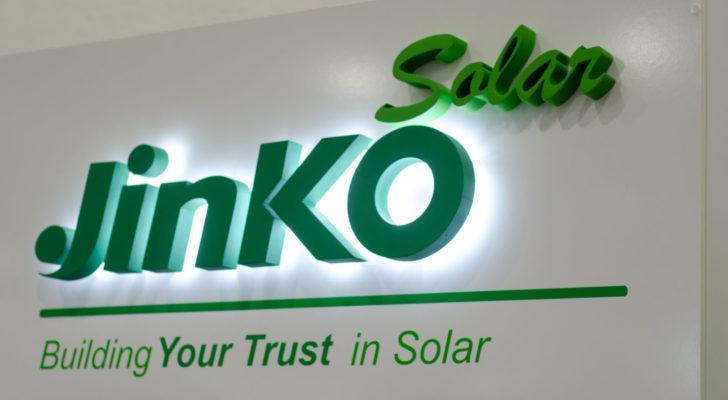 The JinkoSolar (JKS) logo displayed on a plain white wall.

Canadian Solar isn’t the only solar panel player feeling the heat. Rival JinkoSolar also just delivered weak operating results. In its most recent quarterly conference call, management blamed the problems in part on shortages of both solar glass and polysilicon.

Combine the supply shortages with delays in panel installations due to Covid-19 and earnings fell sharply short of the mark. JinkoSolar shares have plummeted from nearly $80 per share last winter to just $36 now.

Over the longer-term, JinkoSolar’s prospects still seem reasonably strong. JKS stock is trading at just 12x earnings, assuming it is able to get its supply chain in order. For now though, the raw material shortages may continue to hamper the firm. 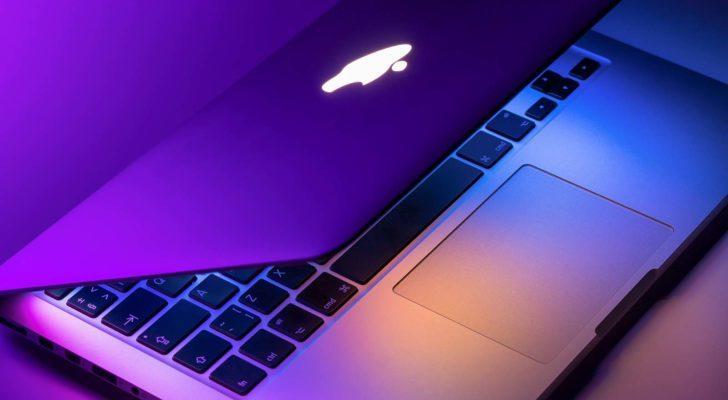 While Apple isn’t a renewable energy company directly, it is in harm’s way from resource shortages. Given Apple’s dominant position in the smartphone market, it buys a gigantic number of batteries. This, in turn, requires a great deal of cobalt.

The majority of the world’s cobalt comes from Congo, which has been torn by strife and which has child laborers. Apple and other tech giants faced a lawsuit from Congolese families whose children were killed or maimed while mining for cobalt. Apple agreed to not buy cobalt mined from Congo. However, since the majority of the world’s supply comes from there, and demand is projected to double over the next five years, a squeeze is seemingly coming.

There’s a race to find ethically-acceptable sources of cobalt. In the interim, however, companies like Apple that sell tons of electronic gadgets could face a crippling shortage of high-quality batteries. 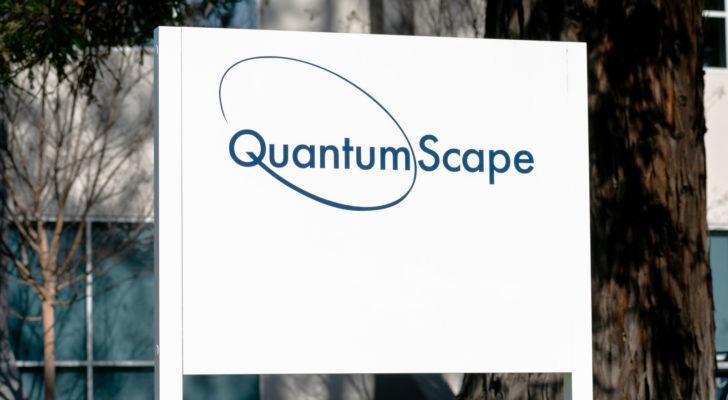 Of course, if electronics makers like Apple face issues from cobalt and raw material shortages, the battery producers themselves could face a world of hurt. There’s a whole bunch of companies that could be in the line of fire.

However, something like QuantumScape seems particularly vulnerable. Up until now, it has little more than prototypes to show for its battery efforts. Yet investors bid QS stock to the moon on hopes of it having a breakthrough development in battery technology. Presumably, QuantumScape will need steady access to raw materials to make this dream a reality.

Given all the controversy around QuantumScape and the scientific questions about its process, the company needs things to go right. Dealing with a major material shortage could be a big blow. QuantumScape will likely need to raise a lot more capital to build factories and get its production rolling. If investors lose confidence in the firm for any reason, such as a supply chain issue, it could greatly disrupt the company.