7 Cheap Stocks to Put on Your Buy List for June

The novel coronavirus has been tough, but Americans and the rest of the world are starting to get a handle on it. Of course, some elements have managed the once-in-a-lifetime pandemic far better than others. Now, while the underlying economy trudges on in a precious recovery narrative, many former cheap stocks to buy have soared. That has left their early stakeholders with handsome profits.

However, that also leaves fewer discounted opportunities today. After all, when several investors pile into the same names, you have fewer capital to work magic into other publicly traded companies. When it comes to cheap stocks at the moment, fewer viable plays exist.

Still, those looking for a discount in the equities arena shouldn’t despair. As Mad Money host Jim Cramer loves to say, “there’s always a bull market somewhere.” Even if people pile into the popular flavors of the week, you can still profit from cheap stocks to buy that haven’t received much love. It just requires a little patience.

It’s also very possible that now is the ideal time to consider cheap stocks. Currently, the mood in the equities sector is starting to turn a bit pensive, with many investors eager to rotate out of certain companies that have peaked. In turn, some of these funds could rotate into other opportunities that have yet to enjoy substantial upside catalysts. Plus, the global environment has changed as well. That means that no matter what, some markets simply appear more viable than others.

So, to take advantage of the present dynamic, here are seven cheap stocks to buy for the summer. Most of these equity units are priced at $10 or less. That gives you the advantage of the law of small numbers. But beware: these companies have much higher risk profiles, too. 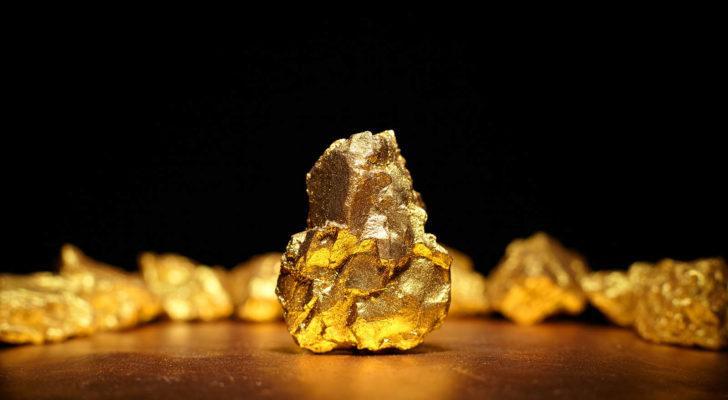 Closeup of a large gold nugget. stocks under $10

Headquartered in resource-rich South Africa, Gold Fields is one of the world’s largest gold-mining firms. In addition to its operations in the southern and western parts of its home continent, this company also has several viable projects in Australia and South America.

Of course, the main hesitation with cheap stocks to buy in the precious metals sector is financial stability. At the current price of about $12, many prospective buyers might overlook GFI stock. However, that would be a shame because — under further investigation — Gold Fields has consistently delivered the goods.

Moving forward, I believe the narrative has shifted in the right direction for GFI stock — not necessarily because of inflation, but because of fear.

For me, it’s tough to embrace the current inflation argument because the U.S. GDP jumped to $22 trillion on the back of a roughly 5% less employment level. That’s a hallmark of deflation. With so many people rotating out of risk-on names, though, investors must be scared about something. That’s probably going to fuel gold-related cheap stocks, where the underlying asset has a long history of being a safe haven. 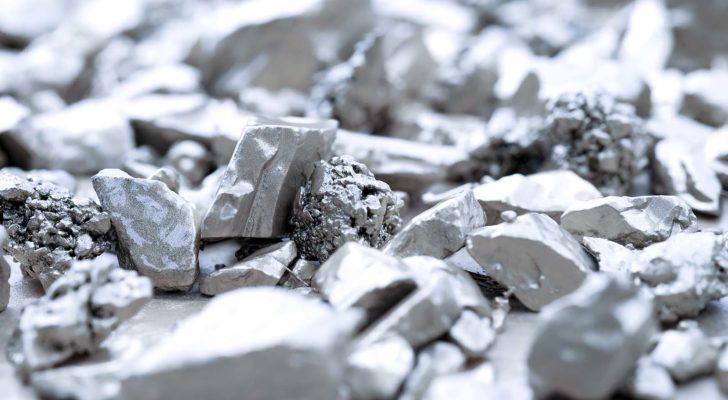 A pile of platinum rocks.

While gold continues to rise, the extremely rare precious metals platinum and palladium have suffered sharp declines recently. This may be due to concerns about global economic stability. Further, supply chain disruptions and extreme pricing dynamics in various consumer markets have seen precious-metal investors take some risk off the table.

Nevertheless, I think those with a long-term outlook should consider Sibanye Stillwater. At about $18, SBSW stock is on the higher end of this list of cheap stocks to buy. But, because the underlying company is one of the largest producers of platinum and palladium, it’s a relevant idea. Moreover, this company is also a gold producer, giving SBSW stock exposure to the fear trade.

Still, it’s the platinum and palladium that I’m focused on here. Both are crucial for the automotive industry, specifically as the core materials in catalytic-converter production. True, society is moving closer and closer toward electric vehicles (EVs). However, that shift won’t dominate the auto market for many years to come.

Lastly, though, platinum is a critical element for strategic reasons. When global tensions run high, SBSW stock could look more and more like a smart bet among otherwise speculative cheap stocks. 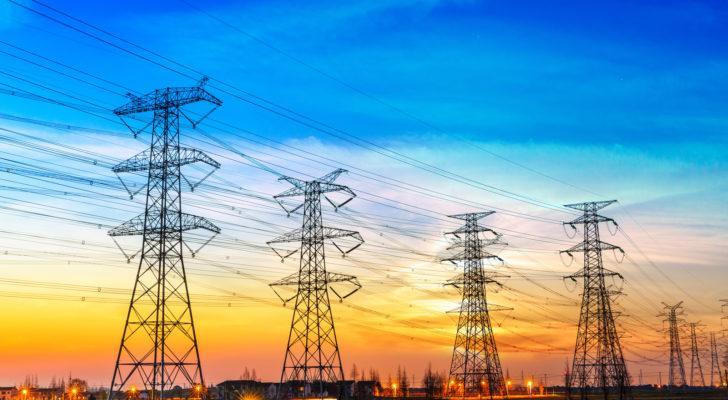 If you’ve followed my work, you know that I like talking about utilities. When fear or deflationary pressures are about to impact the market, some of the best stocks to buy (in my humble opinion) are the ones tied to businesses that are indelible to everyday survivability.

Yes, it’s possible to live without electricity, but what a terrible existence that would be. Without access to core utilities, it’s extremely difficult to get on your feet — you can’t even get internet. That’s a death blow in this modernized world.

Still, cheap stocks to buy in the domestic utilities sector are hard to find. That’s why I went abroad again and picked Enel Américas. If you want to know what this company does, all you need is to peek at its recent PR statement:

“Enel Américas is Latin America’s largest private electricity company, with an installed capacity of 14.9 GW and 28 million customers in the region. With its network of subsidiaries, it generates, transmits, and/or distributes energy in Argentina, Brazil, Colombia, Peru, Guatemala, Costa Rica, and Panama.”

Beautiful. Of course, to be fair, ENIA stock does have many fundamental challenges. In particular, its Altman Z-Score shows distress, meaning that bankruptcy is possible in the next two years. If you’re willing to overlook that, though, ENIA stock currently features a dividend yield of 3.07%, according to Seeking Alpha. It’s a big risk, but one to consider. 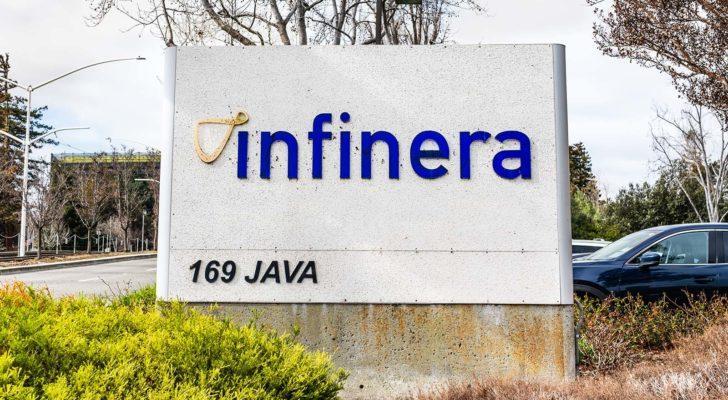 Infinera (INFN) logo on sign outside of company building

Generally speaking, companies tied to the connectivity technology industry — including cloud networking, intelligent automation, 5G and more — have seen their valuations soar. When the pandemic first hit, millions of workers found themselves doing exactly what they did before, but from home.

Of course, this was great in some ways for individual worker bees, who no longer has to commute into work. However, this shift also meant that connectivity infrastructure had to be shored up. That’s where Infinera comes in.

Billed as an optical transport networking equipment firm, Infinera is basically a bulk carrier of data. Further, it uses proprietary systems to make data transmissions more efficient for its clients. Because of the acute relevance of this business, INFN stock found itself moving much higher following the spring season doldrums last year.

To be fair, INFN has shed some market value recently, as workers have gradually returned to their offices and cubicles. On top of that, competition in this arena is extremely stiff. Nevertheless, if you’re looking for cheap stocks to buy in the communications infrastructure space, this is definitely the one to get. Today, it trades for about $9.50 per share. 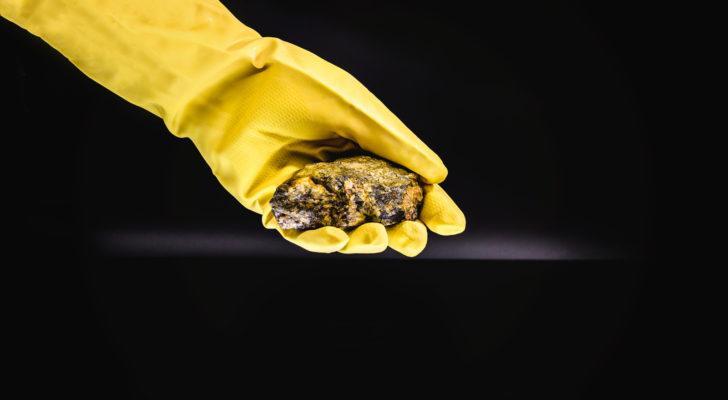 At first glance, you’ll notice that shares of Uranium Royalty do indeed belong on this list of cheap stocks to buy. Trading for about $3 at the time of this writing, this name occupies a sweet spot where, psychologically, it’s very cheap yet not so cheap that it would cause concern. Yet, the biggest apprehension here is the business. Yes, UROY is “the first and only pure play uranium royalty company.” But that’s also a potential problem.

As you may know, uranium and the broader nuclear-energy industry don’t exactly have a sterling reputation. While nuclear represents a major component of our energy infrastructure, when things go wrong, they go wrong in a hurry. Moreover, the potential devastation can last for multiple generations, putting a dark cloud over investments like UROY stock.

However, if you can look past this reputational issue, Uranium Royalty is rather compelling. Primarily, this is because the wider shift toward renewable energy will take a long time to materialize. Scientifically, the energy density of uranium is also exponentially greater than other common fuels.

With space at a scarcity for many countries, nuclear will continue to be a relevant source of energy for probably centuries to come. So, if you’re willing to gamble on cheap stocks to buy, be sure to give UROY stock a close look. 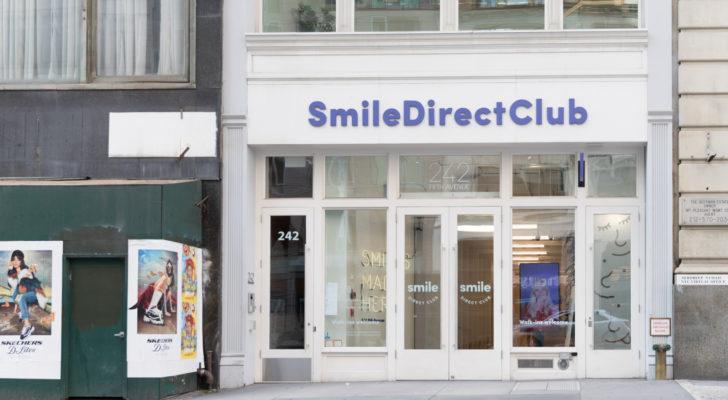 If you’re looking for both speculation and a contrarian narrative built into one equity unit equally, you might want to consider SmileDirectClub. On a year-to-date (YTD) basis, SDC stock is down nearly 30%, giving up a significant portion of its rise from the pandemic doldrums last year. Over the trailing one month, SDC stock shed almost 26%.

So, be warned: you are taking a serious risk if you decide to wager on SmileDirectClub. Following the Covid-19 outbreak, very few people wanted to be in any healthcare environment if they could help it. I can also imagine that industry professionals — such as orthodontists and their assistants — wanted to wait out the pandemic. Because of that, it wasn’t surprising SDC took an initial dive.

However, sentiment toward a return to normal has dominated the markets and SDC is a supposed beneficiary. Thus, its underperformance so far this year — largely due to its mixed first-quarter results and soft guidance — is a source of worry.

Still, if you believe in the recovery narrative, people should start to care more about their dental health and outward appearance in the return to normal. Therefore, it’s possible that SDC stock is a discounted long-term buy. Again, just be super careful with this idea. 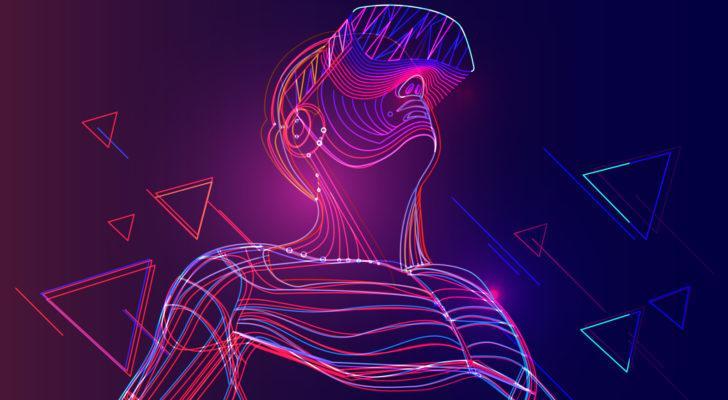 An abstract illustration of an adult wearing an AR/VR headset.

Full credit goes to the hardworking InvestorPlace staff for finding this gem among cheap stocks to buy. Based in China, Blue Hat specializes in augmented reality games for its home market. This encompasses “mobile games, educational materials and toys with online features.” As the InvestorPlace team points out, with everything digital these days, “this isn’t a bad place to be.”

However, maybe what’s most remarkable about Blue Hat is that the company is profitable despite its equity unit being so cheap. How cheap? We’re talking the sub-dollar menu, with a price of 84 cents at the time of this writing. Because of that price, I forgive you if you want to ignore BHAT stock. That said, don’t forget that its managed to pull in several years of profit.

In fact, Blue Hat posted net income of $8.3 million last year on revenue of $30.2 million. On the top line, this represented sales growth of almost 27% against 2019 revenue. That’s a remarkable accomplishment given the early devastation of consumer sentiment in China due to Covid-19.

Additionally, though — considering that China sharply mitigated the recent crisis — BHAT stock has more implied upside remaining. Still, you want to be careful how you approach this name, as penny stocks are notoriously volatile.

On Penny Stocks and Low-Volume Stocks: With only the rarest exceptions, InvestorPlace does not publish commentary about companies that have a market cap of less than $100 million or trade less than 100,000 shares each day. That’s because these “penny stocks” are frequently the playground for scam artists and market manipulators. If we ever do publish commentary on a low-volume stock that may be affected by our commentary, we demand that InvestorPlace.com’s writers disclose this fact and warn readers of the risks.

Read More: Penny Stocks — How to Profit Without Getting Scammed

On the date of publication, Josh Enomoto held a long position in the precious metals mentioned above. The opinions expressed in this article are those of the writer, subject to the InvestorPlace.com Publishing Guidelines.