Apple (NASDAQ:AAPL) is one of the biggest companies in the world, with a market cap of over $1.3 trillion as of April 2020. For several years, it has maintained a dominant position in its market. A big part of its success comes from innovating and becoming better with each quarter continuously. However, it is important to note that Apple supplier stocks have also done very well alongside AAPL.

Apple has more than 200 suppliers that help the company manufacture its signature products like the iPhone, iPad, Mac, iPod and Apple Watch. The companies we’ll discuss today are those best positioned to benefit from an Apple adjacent boost. 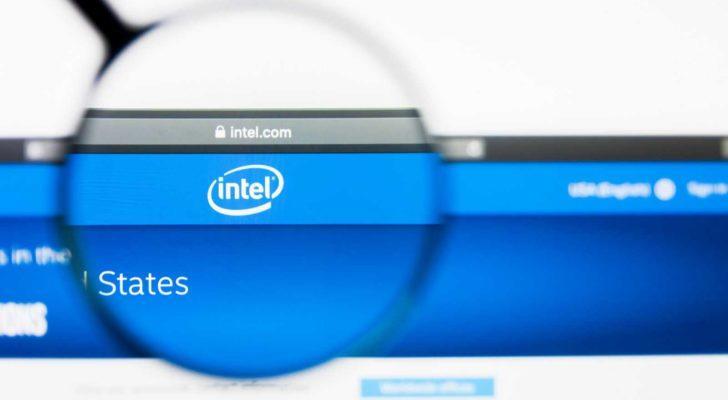 a magnifying glass enlarges the Intel logo on the company website

Intel is involved in cloud computing, data centers, the Internet of Things and PC solutions.

In July 2019, Apple agreed to acquire the majority of Intel’s smartphone modem business. The purchase allowed the company to broaden its patent ownership and deploy a strong plan for 5G development.

But the relationship is tenuous. In November, Apple announced three new Mac computers: a MacBook Air, a 13-inch MacBook Pro and a Mac Mini. All of these computers are fitted with Apple’s own M1 chip instead of Intel processors.

Apple CEO Tim Cook has frequently said the company has a “long-term strategy of owning and controlling the primary technologies behind the products we make.” The move to Apple’s M1 chips is part of this initiative.

Nonetheless, Apple’s highest-end laptops are still Intel-based, so it isn’t like the 15-year partnership is coming to an end anytime soon. 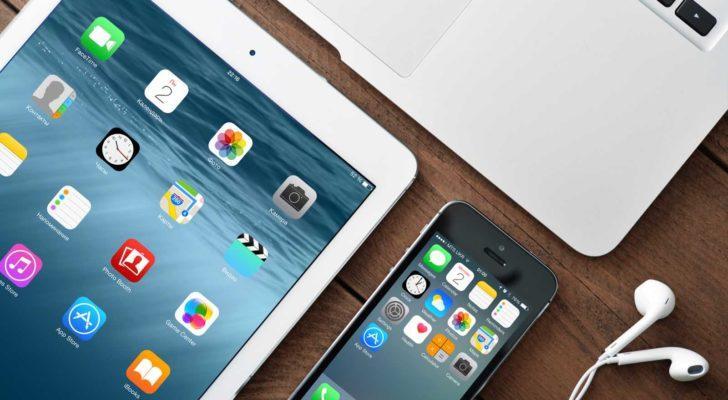 Apple Stock Looks Too Cheap Here for Investors to Pass Up

Japan’s Murata Manufacturing supplies parts to both Apple and Samsung. Apple specifically is supplied from 26 manufacturing facilities spread across Malaysia, Japan, Thailand, Vietnam, China and Singapore. In Japan, the company has 16 supplier sites.

Although this company isn’t a large conglomerate on par with Intel, it still benefits from having Apple and Samsung as its top two clients. Both of these major companies source ceramic capacitors used to control the flow of electricity in electronic devices.

Murata Manufacturing is hardly a household name in the U.S., but it has an extensive product suite that covers a wide array of electronic modules and components. That makes it one of the better Japanese stocks out there. 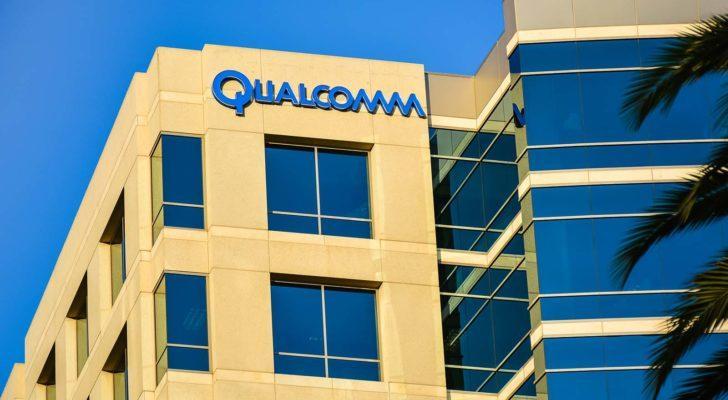 Qualcomm (QCOM) logo on the side of a building in San Jose, CA.

Qualcomm is a world leader in semiconductor, mobile and telecom products and services. It supplies multiple components to Apple, including envelope power trackers, baseband processors, power management modules and GSM/CDMA receivers and transceivers.

The latest iPhones use 5G parts supplied from Qualcomm. Before this, Apple used Intel parts for a few years before purchasing that business unit from the chipmaker.

It’s important to note here that Apple has started building its own cellular modem for future devices.

Apple has been hiring engineers from Qualcomm to help it build the modem and has offices focusing on these efforts in San Diego, at its Cupertino, California headquarters as well as in Europe. But this shift will not happen overnight. 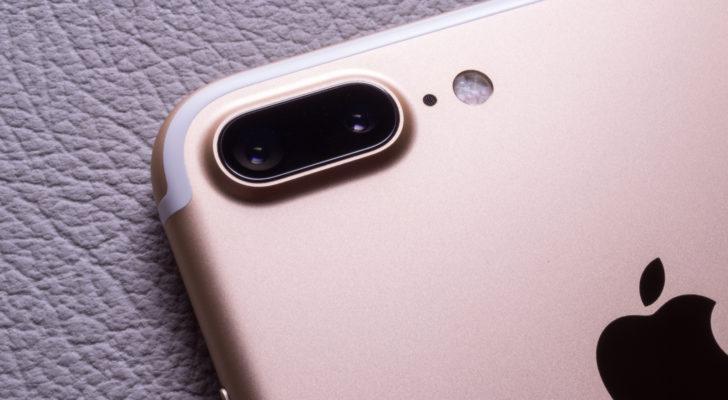 Apple Stock Should Be Vigilantly Played Moving Forward in 2020

You might know Taiwan-based Hon Hai Precision Industry by its other name, Foxconn.

In the summer of 2017, the Taiwanese tech giant reached a market cap of over $138 billion, mainly due to its contracts for manufacturing Apple iPhones.

Nevertheless, that was a long time ago. Shares have lost a lot of steam and are trading slightly above $8 as I write this. This is despite consistent performance over the last five years and a net profit of $3.56 billion in 2020.

Foxconn relies on Apple for about half of its revenue. As with other iPhone suppliers, Hon Hai has been grappling with more expensive phones, since their compensation is based on the number of phones manufactured. 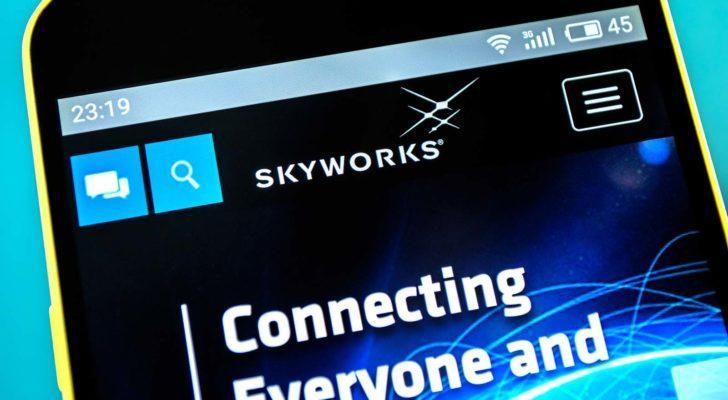 Skyworks manufactures semiconductors for use in Radio Frequency and mobile communications systems. Skyworks Solutions derives 56% of its revenue from Apple.

In April, Skyworks announced that the company was paying $2.75 billion to acquire an infrastructure and automotive business. The move is part of the company’s attempt to diversify its business away from Apple. It will expose such hot markets as electric vehicles, 5G equipment and data centers.

The acquisition brings with it operating margins of close to 40%. According to Karl Ackerman, a senior research analyst at Cowen, the acquisition will add about 5% to Skyworks’ per-share earnings by 2022.

Overall, the fundamentals are rock solid for this one. EPS and sales are up 56.7% and 34.4% on a TTM basis and the dividend yield is also very respectable at 1.2%.

Despite these excellent numbers, SWKS has underperformed the S&P 500 by 3.9% and its sector by 8.1% in the past year. But that should give investors even more incentive to snap this up at a discount. 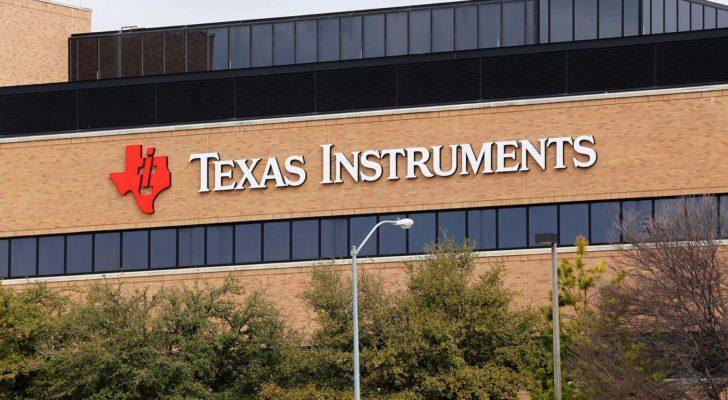 Texas Instruments is a semiconductor company that makes various products for an array of industries. TXN supplies components that help with processes around power management and battery charging in iPhones.

Apple typically announces and ships a new iPhone in September. Consequently, supplying the power-management component of this iconic brand is a major coup for Texas Instruments, which makes roughly 95% of its revenue from semiconductors and the remainder from its well-known calculators.

Even without its relationship with Apple, the company is a solid performer. On a trailing twelve-month (TTM) basis, EPS and sales are up 26.4% and 9.2%.

The dividend yield is a solid 2.2% and TXN has outperformed the S&P 500 by 122.9% in the past five years. Clearly, this company rewards the patient investor. 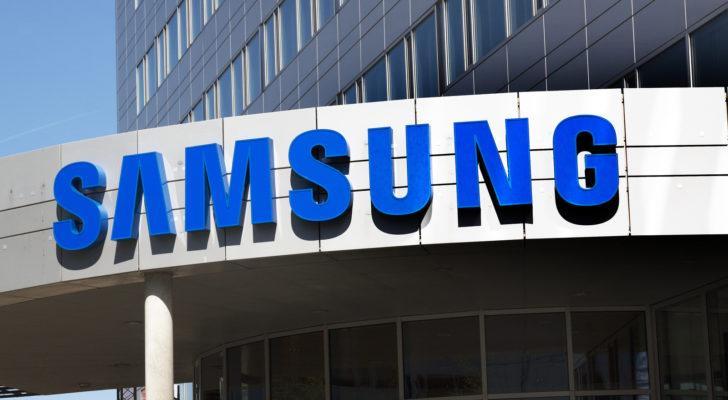 It may seem strange that Samsung is on a list of Apple supplier stocks. However, the South Korean tech giant uses its Apple supplier status to push down its own electronics manufacturing costs through bulk production.

It is responsible for supplying several components to its competitor, including flash memory used for storing data content, organic light-emitting diode (OLED) panels and the mobile DRAM used for multi-tasking various applications in devices.

Samsung is the least risky option you can take if you want to gain exposure to Apple supplier stocks. There aren’t many devices around the globe that don’t have at least one component designed or built by Samsung.