Bitcoin (CCC:BTC-USD) is still the most talked-about cryptocurrency, more than a decade after Satoshi Nakamoto created the digital currency.

Now there are more than 7,000 cryptocurrencies out there. So if you want to invest in something other than BTC-USD, several options are available.

But before we get into the details of the best altcoins to buy today, it’s important to evaluate major crypto news.

China has banned financial and payment institutions from providing cryptocurrency services. In addition, three of its major financial regulators have warned against speculative crypto trading. According to these agencies, wild fluctuations in cryptocurrency prices disrupt the “normal economic and financial order.” Analysts believe the move is related to China’s own digital currency.

To me, this is a short-lived blip on the digital currency’s overall trajectory. Institutional interest in BTC is sky-high and the momentum shows no signs of stopping.

It’s not the time to sell your Bitcoin holdings, if that was on your mind. Still, other altcoins are currently trading at much more reasonable prices, offering a lower threshold to entry and higher potential returns on investment. 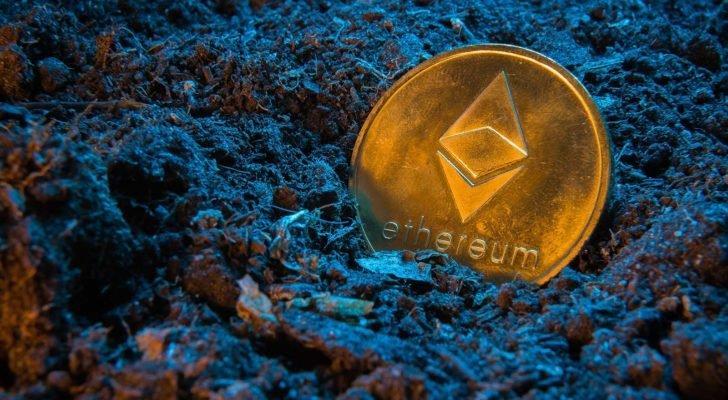 A concept image of mining an Ethereum (ETH) token.

An ether transaction is generally confirmed in seconds compared to (sometimes) hours for Bitcoin. And although BTC and ETH are both digital currencies, the aims of these two coins are different. Bitcoin aspires to be an alternative to national currencies. Ether wants to facilitate programmatic contracts and applications through its local currency.

It has also attracted landmark institutional investment from the world’s largest financial derivatives exchange CME Group (NASDAQ:CME), which recently launched ether futures. That opens the door for institutional and accredited investors in the U.S. to take leveraged directional bets on ETH and hedge against the spot market positions. 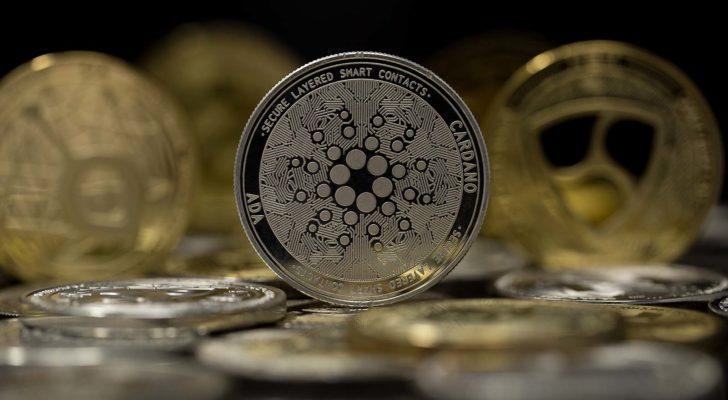 The Cardano (ADA) token with other gold and silver tokens in the background.

Charles Hoskinson founded this altcoin in 2015. Hoskinson was one of the many co-founders of Ethereum and has also worked on Bitshares (CCC:BTS-USD).

Cardano is a Proof of Stake (PoS) protocol that offers mathematically proven safety and security. In addition, PoS is a cheaper and more energy-efficient alternative than the proof of work algorithm.

Cardano’s main aim was to improve smart contract deployment and resolve the scaling issues of Bitcoin. The platform uses two layers, one to settle transactions and one for smart contracts.

IOHK, the company behind Cardano, has some big plans to use its blockchain technology, including a major plan to enable interoperability between the Cardano and Nervos Network (CCC:CKB-USD) platforms within the next six weeks. I recommend checking out my InvestorPlace colleague David Moadel’s article if you want to know more about the matter. 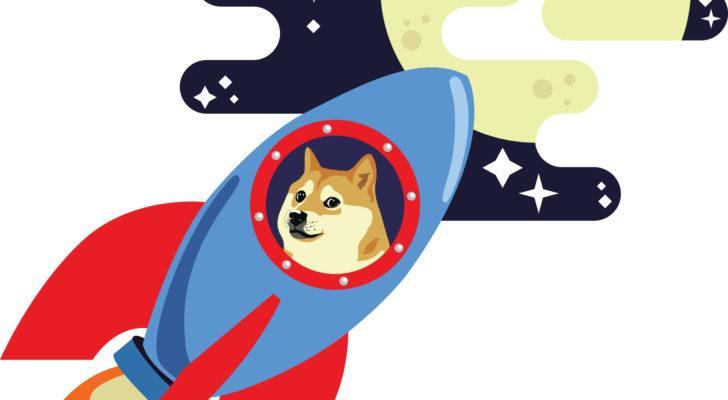 Doge riding a rocket to the moon.

Billy Markus and Jackson Palmer created Dogecoin. Back in 2013, the creators never expected the virtual currency to serve as anything more than a comedic parody of Bitcoin. How the times have changed.

Named after the popular “Doge” internet meme of a Shiba Inu dog, the altcoin has surged more than 13,000% this year. Its price peaked in early May at more than 70 cents, but has since dropped off a fair bit.

The rise of this altcoin has nothing to do with its inherent value. Instead, the main reason why this digital currency is increasing exponentially is because of Elon Musk and other major celebrity endorsements.

DOGE’s price often doubles following tweets from Musk. But this crypto remains the riskiest coin out there because it does not solve financial services issues like that of its counterparts. It’s a purely speculative play. 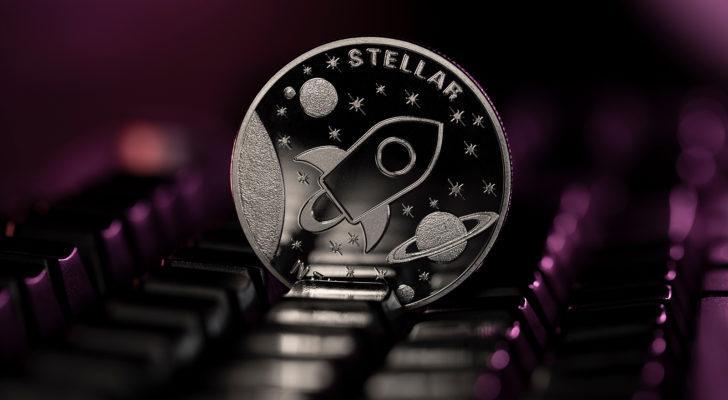 Stellar Development Foundation founded the digital Stellar cryptocurrency, trading under the symbol XLM on various cryptocurrency exchanges. Much like Ripple (CCC:XRP-USD), Stellar is a payment technology aiming to reduce the cost and time for cross-border transfers drastically.

The key difference between them is their clientele. Ripple works with established banking institutions to help streamline their cross-border transfer technology. On the other hand, Stellar is focusing on developing markets.

Geography isn’t a boundary for this digital currency and transaction fees are fixed at $0.00001 XLM. Ultimately, Stellar Lumens wants to create an inclusive financial system catering to the unbanked, estimated to total two billion people worldwide.

Lumens, the organization’s currency, has surged more than 200% since the start of 2021. However, much like other altcoins, it has cooled substantially because of fluctuations in the wider crypto space. After reaching 61 cents on Feb. 13, the digital token has lost a fair amount ground and is now trading at around 37 cents, an attractive price point considering its utility.

Compared to coins like bitcoin and ether, the one area where XLM-USD suffers is a lack of institutional support. That’s an area of concern moving forward, but the price point is very enticing. 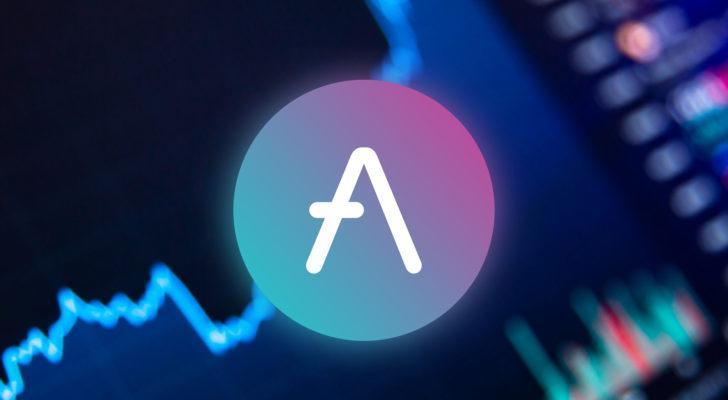 Aave is a decentralized finance protocol that allows people to borrow and lend a wide variety of digital assets, from stablecoins to altcoins, with security and anonymity. AAVE-USD holders govern the Aave protocol.

Stani Kulechov and a team of developers released the now-defunct ETHLend in an Initial Coin Offering (ICO) back in November 2017. The idea was to enable peer-to-peer cryptocurrency lending by allowing users to post loan requests and offers.

Aave is an algorithmic money market and permits users to receive loans in a different cryptocurrency than they deposited.

Borrowers must put up collateral greater than the amount they borrow into the loan smart contract. Subsequently, the amount is held in escrow throughout the loan term. This eliminates the need for a middleman. In case the borrower defaults, the lender gets automatically paid by the smart contract. 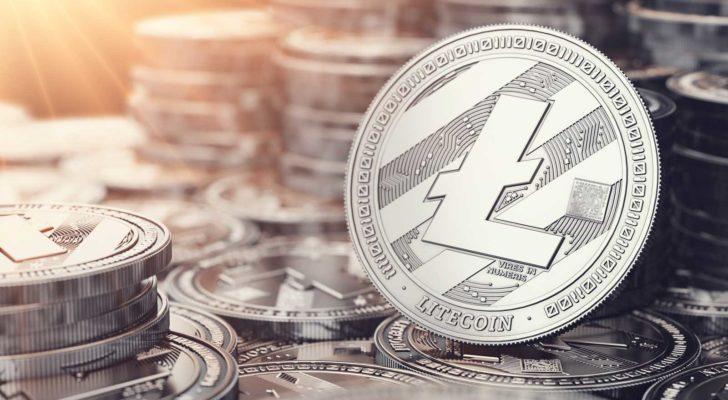 Image of one litecoin in front of many stacks of litecoins

Charlie Lee, an MIT graduate and former Google engineer, created Litecoin in 2011. It was one of the first cryptocurrencies after Bitcoin and its developers have stated that their main intention was to create the “silver” to Bitcoin’s “gold” with this altcoin.

So there are plenty of similarities between the two. For example, both Bitcoin and Litecoin are decentralized cryptocurrencies. They both also use proof of work ecosystems.

Litecoin benefits from cheaper transaction fees, the ability to handle more transactions per second than Bitcoin, a different hashing algorithm, added emphasis on merchant and retailer adoption and a greater number of coins. 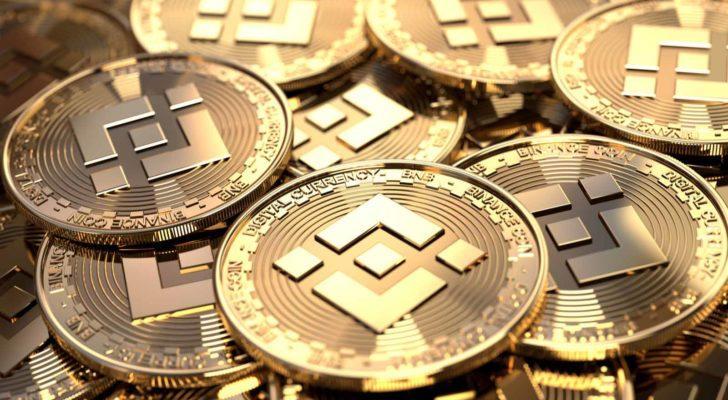 Binance (BNB-USD) logo displayed on a pile of altcoins

Binance Coin is the cryptocurrency issued by Binance Exchange. This altcoin initially ran on the Ethereum blockchain but has since become the native coin of the Binance Smart Chain.

This cryptocurrency has a hard cap of 200 million BNB tokens. Every quarter, Binance dedicates one-fifth of its profits to repurchasing and permanently destroying (burning) Binance coins in its treasury. Reduced supply increases both price and benefits for users.

It’s important to note that the Binance blockchain is also the blockchain underpinning Binance’s decentralized exchange. Founded by Changpeng Zhao, Binance is one of the most widely used exchanges in the world, based on trading volumes.