6 Retailers Report Earnings This Week — What You Need to Know 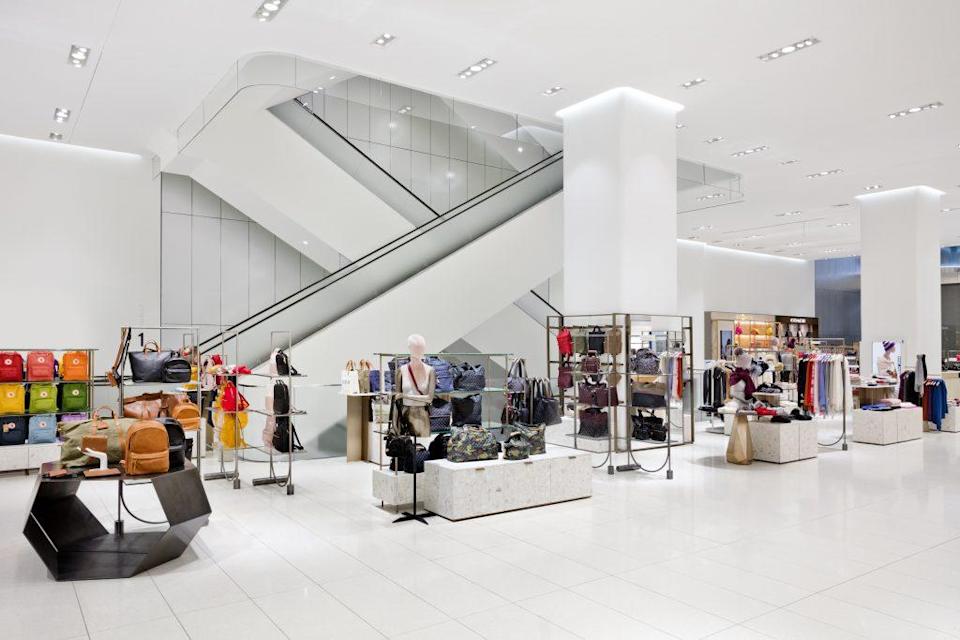 This week, major retail players from Nordstrom and Dick’s Sporting Goods to Burlington and Genesco are set to announce their quarterly financial results. The reports come a week after industry heavyweights like Macy’s, Shoe Carnival and Deckers Brands notched big profit and revenue beats — largely thanks to the government’s fiscal stimulus, pent-up consumer demand and a return to the new normal.

Here, FN offers a look at Wall Street’s forecasts, the previous quarter’s results and what to watch out for this week.

Release: After market close on Tuesday, May 25

Forecast: Loss of 57 cents per share and revenues of $2.9 billion

What to watch: Within a matter of months amid COVID-19, the Seattle-based company aggressively shifted resources to its e-commerce business. At the end of the fourth quarter, digital represented 54% of the retailer’s overall sales, compared with 35% in the same period last year, while the online channel saw growth of 24%. What’s more, investors will track the progress of Nordstrom’s recently unveiled “Closer to You” strategy, which employs key learnings from the pandemic, including a heightened focus on digital as well as its off-price arm.

Last quarter: For the three months ended Jan. 30, the department store posted earnings of 21 cents per share, besting analysts’ forecasts for earnings of 14 cents per share. Revenues fell 20% to $3.55 billion, roughly in line with market watchers’ bets of $3.6 billion.

Release: Before market open on Wednesday, May 26

What to watch: Unlike many of its retail peers, Dick’s Sporting Goods has expanded its brick-and-mortar footprint. It recently opened one namesake location and four Warehouse Sale units, as well as plans to debut six new stores this year. It also launched its first experiential prototype store dubbed Dick’s House of Sport in Rochester, N.Y., and introduced the off-price concept Going, Going, Gone! early this month. Despite an exit from the health crisis, analysts have suggested that the company is well positioned, as hiking and running activities remain popular and the exodus from big cities toward the suburbs continues to take place.

Release: After market close on Wednesday, May 26

What to watch: In line with work-from-home trends and the broader casualization of American consumers, Designer Brands’ dress shoe and special occasion businesses have seen significantly reduced demand. As such, the DSW parent has continued to ramp up its focus on the athletic, kids and athleisure markets, as well as lean into its digital and omnichannel capabilities. At the core of the company’s plan is an emphasis on three key brands within the Camuto Group portfolio: Vince Camuto, Lucky Brand and Jessica Simpson.

Last quarter: For the three months ended Feb. 1, the chain recorded a loss of 53 cents per share, compared with analysts’ expectations of a wider loss of 68 cents per share. Revenues declined 26.6% to $609.4 million, falling short of market watchers’ projections of $623.77 million.

Release: Before market open on Thursday, May 27

Forecast: Earnings of 81 cents per share and revenues of $1.77 billion

What to watch: Last quarter, the off-pricer conservatively planned comps for the fiscal year as uncertainties stemming from the COVID-19 outbreak remained. Despite the shift toward online shopping, Burlington — which memorably ditched digital just before the outbreak struck the U.S. — is still betting on brick and mortar: It revealed in early March that it would expand its physical store count to 2,000, compared with the previous goal of growing to 1,000 locations, which was established in connection with its initial public offering back in 2013.

Last quarter: For the three months ended Jan. 30, the New Jersey-based company noted earnings of $2.44 per share, versus Wall Street’s anticipated earnings of $2.12 per share. Revenues also beat forecasts of $2.08 billion; it rose 4% to $2.28 billion.

Release: Before market open on Thursday, May 27

What to watch: CEO Mimi Vaughn has continued to tout e-commerce investments made by the company over the past several years — allowing it to “take advantage of the accelerated shift to online spending to achieve record digital revenue” of nearly $450 million, or a gain of 74% year over year in the fourth quarter. The Journeys and Johnston & Murphy parent is also currently embroiled in a activist battle with Legion Partners, which today issued a letter to shareholders suggesting that an assessment of Genesco’s partial refresh of directorship “will reinforce that more meaningful boardroom change is sorely needed.”

Last quarter: For the three months ended Jan. 30, the retail group reported earnings of $2.76 per share, trouncing consensus estimates of earnings of $1.96 per share. Revenues dropped 6% to $637 million but still beat market watchers’ predictions of $617.55 million.

Release: Before market open on Friday, May 28

What to watch: “Improved” customer retention and federal stimulus payments led Hibbett Sports to a “record” end to the year, while president and CEO Mike Longo said in early March that the “momentum we have created in fiscal 2021 is sustainable.” For the 2022 fiscal year, it forecasted diluted earnings per share in the range of $5.00 to $5.50. It also shared plans to invest $45 million to $50 million of capital on “attractive organic growth opportunities that we believe will lead to higher sales and on various infrastructure projects that will enhance our distribution and back office efficiency.”

Last quarter: For the three months ended Jan. 30, the Birmingham, Ala.-based firm posted earnings of $1.40 per share, versus Wall Street’s projections of earnings of $1.37 per share. Revenues increased 20.4% to $376.8 million but missed analysts’ anticipated $378.4 million.