After Wednesday’s Fed meeting and before tomorrow’s quadruple witching expiration, we’ve had a lot of big moves taking place on Thursday. That said, let’s look at some of the charts for our top stock trades. 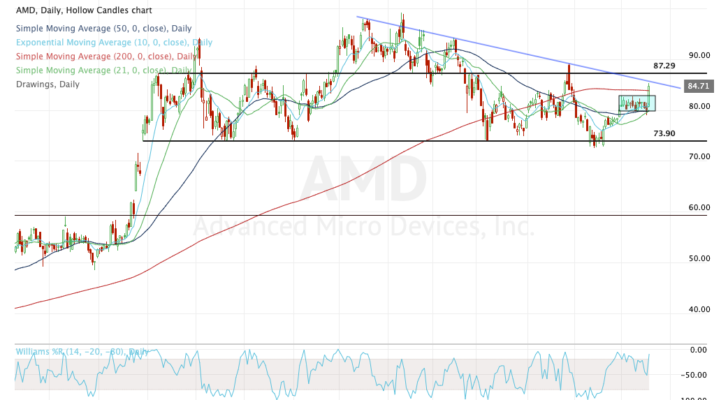 Advanced Micro Devices (NASDAQ:AMD) has been trading sideways for a while now. However, it finally gave bulls something to cheer about on Thursday.

Shares jumped about 6% on the day and grinded near its highs all session. The stock has been consolidating all month, as it holds up over the 50-day and 10-day moving averages.

With Thursday’s burst, AMD stock is now back above the 200-day moving average as well. If it can continue higher, I want to see how the stock handles the $88 to $89 area, as well as downtrend resistance (blue line). A move above that area puts $90-plus in play.

On the downside, I don’t want to see this name lose the 200-day moving average or $82.50. Below both and its recent consolidation range could be back in play, or lower.

As of now, we have a monthly-up rotation in AMD. 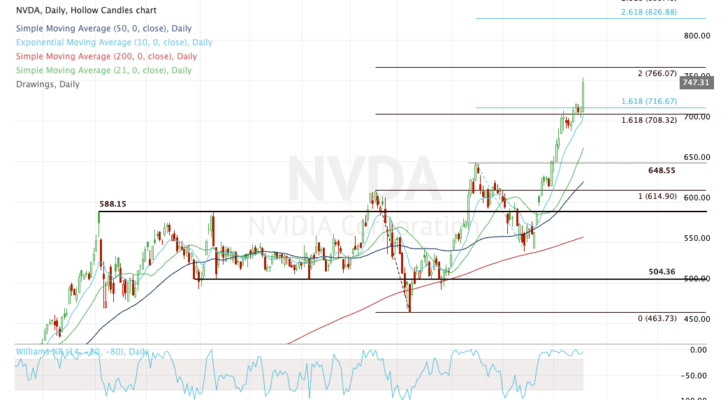 Sticking with the same group, Nvidia (NASDAQ:NVDA) hit new 52-week highs in the session. Shares have been on fire — there’s no other way to put it.

That would take the stock to $200 post-split (scheduled for July).

For longer-term bulls, they may target the $825 to $860 area on the upside. That marks the 161.8% extensions from various ranges over the past few quarters.

On the downside, I want to see an eventual test of the 10-day moving average hold as support, hopefully giving bulls a dip to buy. 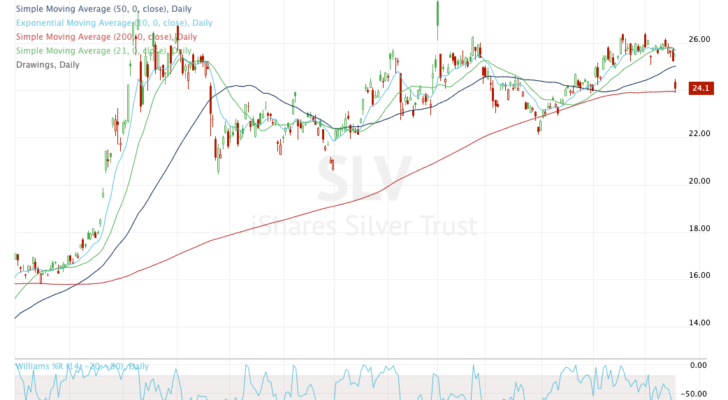 Silver and gold have been getting smacked around lately, as the former gapped down on Thursday. That’s shown via the iShares Silver Trust ETF (NYSEARCA:SLV).

So where to from here?

For the SLV, it gapped down right into the 200-day moving average, which is holding as support for now. On a move over Thursday’s high, see if the SLV can rebound to the 50-day moving average. Above that and it can fill today’s gap up at $25.25.

On the downside, a break of Thursday’s low could put the $23.30 to $23.60 area in play, where there are a few gaps, but also the 50-week moving average. Keep in mind, the gaps in the SLV are caused by the silver futures, which have different trading hours. 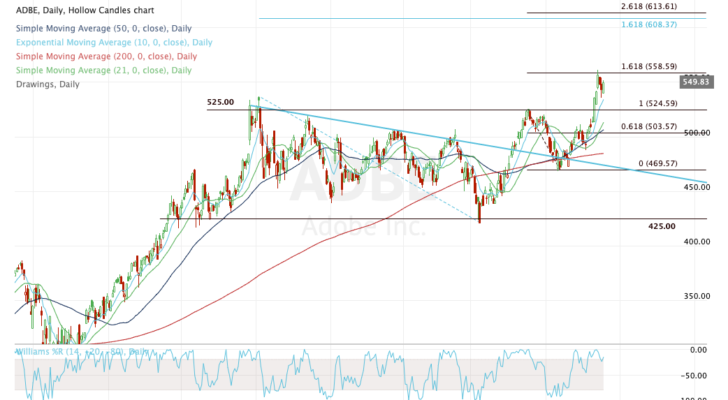 As if there hasn’t been enough to focus on lately, Adobe Systems (NASDAQ:ADBE) reported earnings after the close on Thursday.

Shares went on a three-dip rip before topping out earlier this week. Now consolidating, which way will this one go?

On the downside, I want to see the 10-day moving average act as support. If that’s asking for too much, then I want to see a dip to the $525 breakout area hold.

On the date of publication, Bret Kenwell held a long position in AMD and NVDA. The opinions expressed in this article are those of the writer, subject to the InvestorPlace.com Publishing Guidelines.