Don’t let this week’s sleepy price action in the S&P 500 fool you. Bulls were very much pressing their bets ahead of the holiday weekend. Sometimes their antics are on full display when you look at the S&P; other times, you have to dig a bit deeper. In today’s article on breakout stocks to buy, I’ll highlight the areas that saw inflows this week and are catching my eye. Then, I’ll divulge three of my favorite stocks to trade.

Semiconductors have been one of the growth engines for the tech sector over the past year. The growth fallout had them on the ropes, but they made a comeback this week that helped the Nasdaq return to an uptrend. Small-caps also woke up. The Russell 2000 Index outperformed the S&P 500 and is now sitting soundly on top of its 50-day moving average. Finally, momentum stocks are starting to rise from the ashes.

Together, these developments point to an improvement in market health and should give buyers the confidence to increase exposure. Here are three stocks to consider:

Let’s take a closer look at each setup. 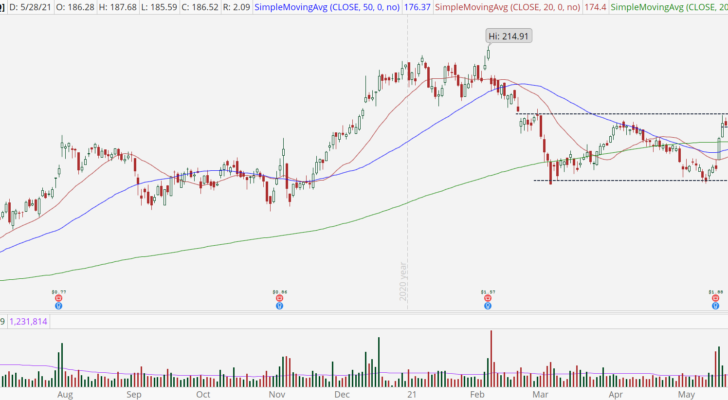 Two weeks ago, I wouldn’t have touched TTWO. Its price chart was sinking, and better setups beckoned in Activision Blizzard (NASDAQ:ATVI) and Electronic Arts (NASDAQ:EA). But the response to its quarterly report changed everything. And, it leads the list of breakout stocks to buy.

Price and volume surged, pushing TTWO from the lower end to the upper end of its three-month trading range in a single bound.

Since then, we’ve carved out a clean high base formation. Day-by-day, we’re chewing through overhead supply while digesting the large gains. At the same time, overbought pressures are easing.

Look for a break above $188.50 to signal the next up leg is beginning. Then, pull the trigger on bullish trades. With implied volatility in the tank following earnings, I like buying call verticals here. 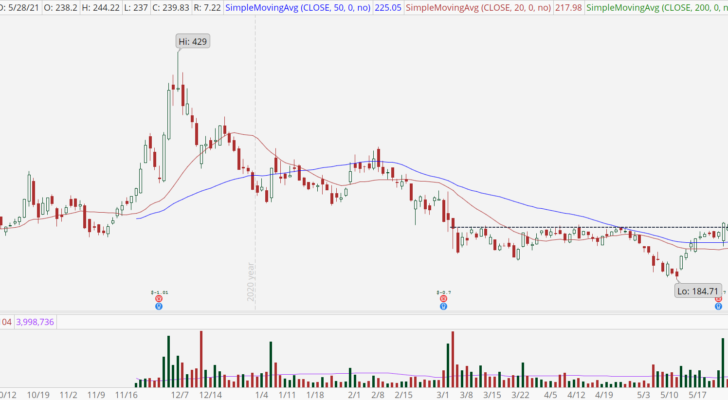 Snowflake’s price chart has been decisively bearish all year long – until now. With this week’s strength, the once high-flying software company is now above its 50-day moving average. I didn’t find its earnings announcement all that interesting. But the market has spoken, and it’s a message I can’t ignore.

Yesterday’s high-volume rally engulfed the prior five trading sessions. It also blasted through a resistance zone that was impenetrable for more than two months. This is actually the first breach of a ceiling we’ve seen since SNOW stock topped last December. I suspect many bears are running scared, given the change in character.

Since the trend reversal is still in its infancy, I prefer higher probability cash flow trades over shooting for the moon with an aggressive bet. If you think SNOW can stay above $200 for the next month, enter the following spread. 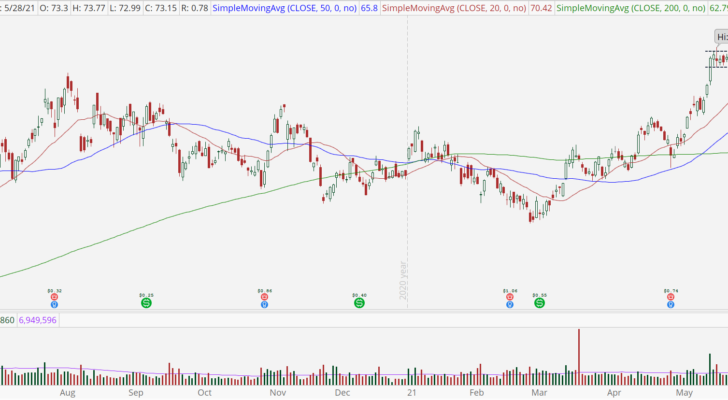 The final entry in our breakout stocks is in an area that’s no stranger to strength this year – gold stocks. Inflation worries are carrying precious metals higher and gold miners have been big beneficiaries. After making a new 52-week high, NEM has been coiling quietly in a narrow range. Volume remains subdued. This signals we’re seeing garden variety profit-taking and not some mass exodus. The pause is allowing the 20-day moving average to play catch-up and overbought pressures to ease.

Now is the time to prep trades for the next breakout. I like using $75 as the trigger point.

The spread cost will be slightly higher if you wait for NEM to take out resistance first.

On the date of publication, Tyler Craig did not have (either directly or indirectly) any positions in the securities mentioned in this article. The opinions expressed in this article are those of the writer, subject to the InvestorPlace.com Publishing Guidelines.

For a free trial to the best trading community on the planet and Tyler’s current home, click here!